A few centuries ago, such accessory as a fur muff literally saved people’s fingers if not lives. There were no fancy membrane fabrics, fleece, or other modern inventions to keep people nice and warm. A muff was so handy during the cold season that even men gladly wore it in the 1600s and 1700s and considered it a fashionable accessory. Today, male muffs look rather extravagant, by far not to everyone’s taste, but at that period, it was a necessity, something that would help you avoid frostbite.

A muff is a cylinder made from fur or fabric with openings at both sides to put the hands through. It is used to keep the hands warm.

Muffs came into fashion in the 16th century (around 1570). They quickly became popular, first among women, and later (in the 17th-18th century), both males and females used muffs as handwarmers. 18Th-century women often had a matching muff and tippet (stole or hood). In the 19th century, this accessory fell out of trend, although some women continued to wear them till the early 20th century and even after that time. Some movie stars, celebs, and fashionistas still use fur muffs today as a stylish and rare accessory. 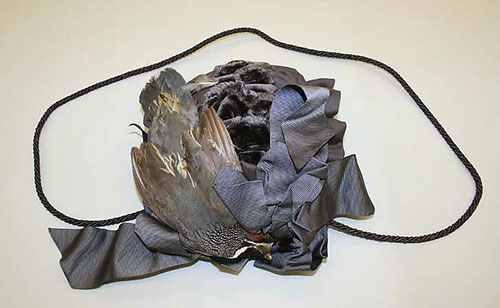 Extravagant muff from the US, 1886. It is made from wool and silk fabric, has a cord worn around the neck to comfortably carry the muff, and is embellished with a real stuffed bird, as was fashionable in the 19th century. From The Met Museum

How was a muff invented? Actually, similar accessories were used by people during different eras and in different countries. For example, in Ancient Rome, people sometimes wore winter fur sleeves. Some monks protected their hands with sheepskin coverings during the cold season. People throughout Europe often used woolen or fur mittens. But as you see, those items were separate for each hand, while a muff is made to take in both hands at once.

Its shape is very convenient, as you can easily carry it, put in or take out one or both hands, put the muff in your bag (if it’s big enough), etc. Of course, you don’t have free hands, like when wearing mitts or gloves, but a muff is much warmer. 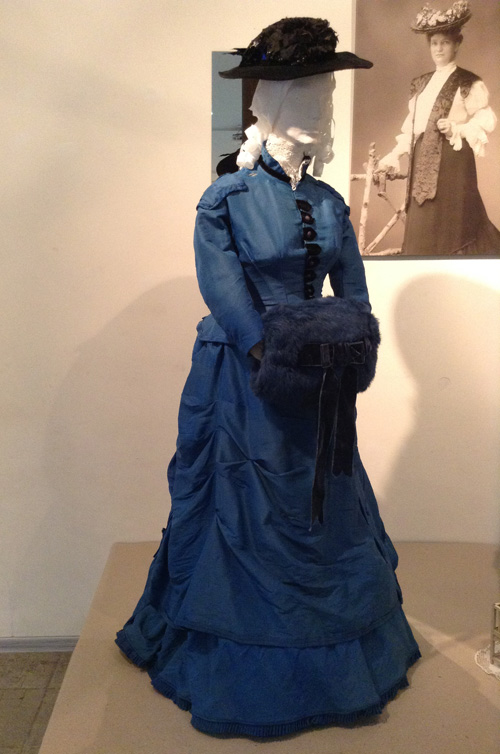 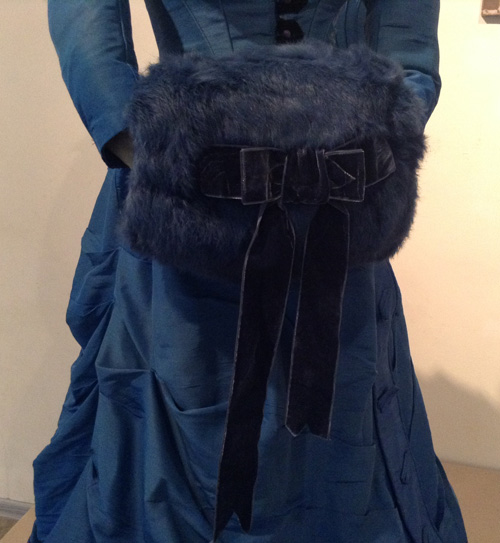 Charming fur muff with velvet ribbon from Holland (the Netherlands), 1886. It is an important part of a female walking suit and it looks sophisticated and costly. From the private Museum of history of fashion in Ukraine

Sometimes, fancy muffs had a small pocket inside to carry various small goods. Also, there were muff-handbags at some point in the 19th century that allowed women to carry things and keep their hands warm at the same time.

During several centuries, the shape, size, and material of muffs changed. Vintage muffs preserved in museums are usually made from natural fur, feathers, or other soft and warm material, while modern muffs are typically produced from faux fur or fabric. But they still look adorable and cozy, that’s why some women continue to wear muffs – if not for warmth, then for good looks.