Folk clothing in the Philippines. About traditional garments in short

The culture of the Philippines is rich and diverse. Today, we’ll talk about the traditional clothing of the Philippines and, in particular, about each garment separately. Let’s find out what did the Filipinos wear in the past and which folk garments they prefer today. Also, we’ll touch upon such topics as the traditional attire of Filipino Muslims, local tribal outfits, and other interesting folk clothes.

This is the traditional clothing of the Filipino, one of the unique feminine and simply beautiful national costumes in Asia. This dress can be seen only in the Philippines. The baro’t saya is considered to be a “filipiniana” – product of Filipino culture. 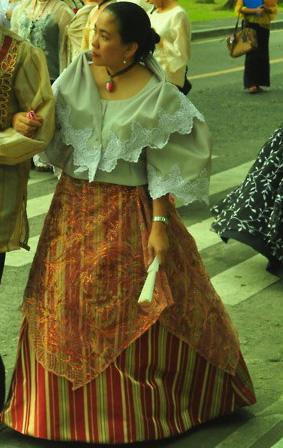 The barong tagalog (or simply barong, from the word “baro”) is an embroidered formal garment of the Philippines. It is a male shirt, basically.

A translucent, often embroidered, women’s blouse with extended sleeves. It is usually worn over an inner garment.

Maria Clara’s dress was named after a mestiza heroine, a woman from one of the novels of popular Filipino author Dr. Jose Rizal. Its origin was the national costume of Filipino women, which is baro’t (shirt) saya (skirt). 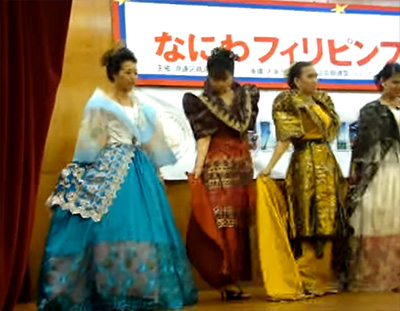 It was made popular by the former First lady of the Philippines Imelda Marcos. Some people even called it “Imelda dress” or “terno”. The Mestiza dress is known for its elegance and butterfly sleeves. It is usually worn for formal occasions.

The Filipino terno alludes to the matching of blouse and skirt, joined at the waist to form a one-piece creation, with both bodice and skirt made of the same material. 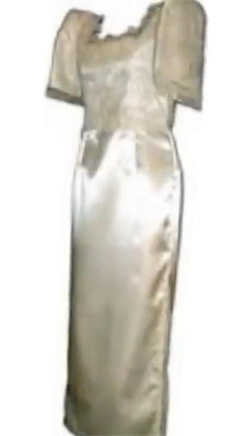 Like the malong, the patadyong has a variety of uses. Primarily, women used it as a tucked-in skirt, topped by a kimona (thin cotton blouse). Women in the countryside or rural areas wear the patadyong as a sort of kerchief, shawl, or even to shade or cover themselves from prying eyes. 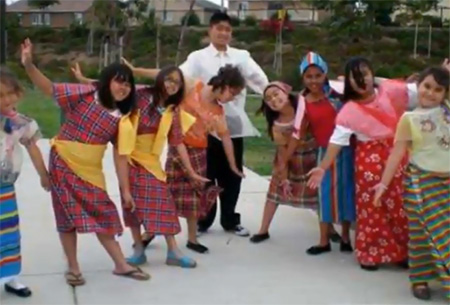 Tribal folk garments in the Philippines

They are, basically, a hill tribe, preferring the mountainous area of Allah Valley. Their culture is rich in literature, art, and music. Their brass works and tinalak/t’nalak (cloth woven from dyed abacca fiber, with geometric patterns said to be from the dreams of the weavers) are a constant source of pride for people of Mindanao. 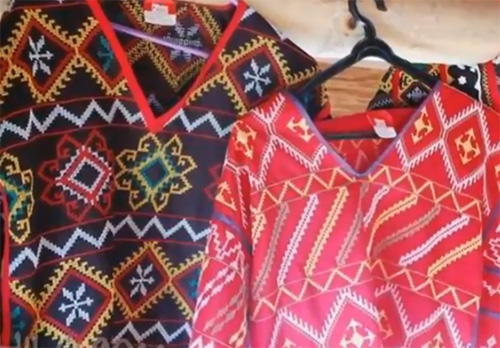 One of the native Filipino tribes (from the northern Philippines) wear this costume for their daily activities. More accessories are used for special occasions. 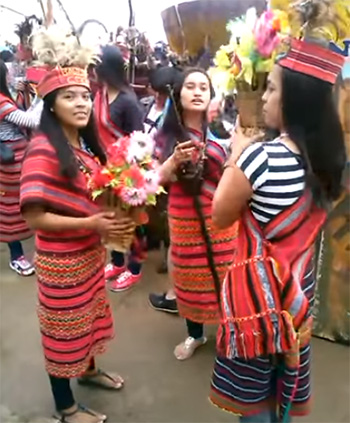 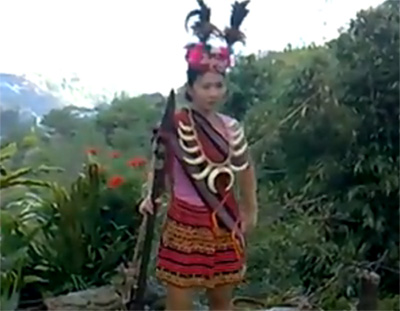 Dress of women of Ifugao

The females of this tribe wear a wrap-around skirt called the “ampuyou” or “tolge”. The ordinary tapis consists of a blue cloth with narrow white horizontal stripes and two broken lines of red triangles and is worn just above the knee. This skirt is for working in the rice paddies but is not in fashion at present. 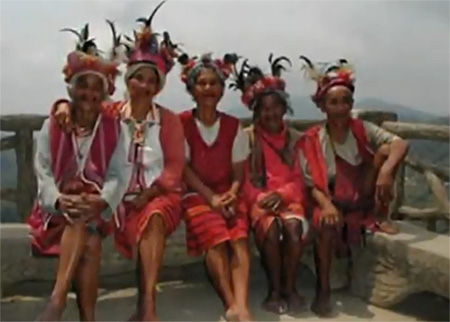 This attire is worn by the Muslims who live in the southern part of the Philippines. As you can see from the costume, it shows the mix of Arab, Malaysian, and Chinese. The batik design is common and silk cloth is also used with golden threads. Elaborate umbrella makes a nice fashion statement, usually used by a Muslim princess.

The Sablay (official academic costume of the University of the Philippines Diliman) is inspired by the malong of Muslim Mindanao. It has the colors of the University: maroon and green, as well as yellow-gold which stands for the high standards of values and excellence. 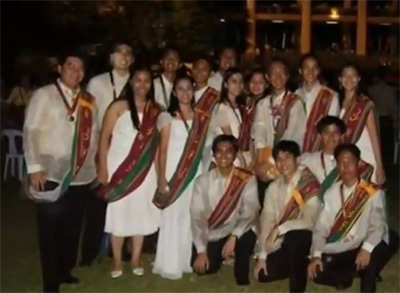