People in different regions of Tunisia often wear radically different outfits. Especially if to talk about women. Traditional clothing typical for some Tunisian cities include long multilayered dresses with intricate headgears, in other cases baggy trousers, short tops and jackets are used, and sometimes traditional Tunisian garments are pretty similar to those worn in European countries today. Here are some photos that illustrate the diversity of vintage outfits used in different regions of Tunisia. 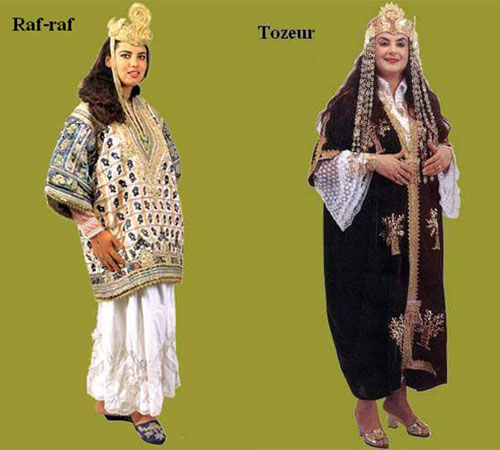 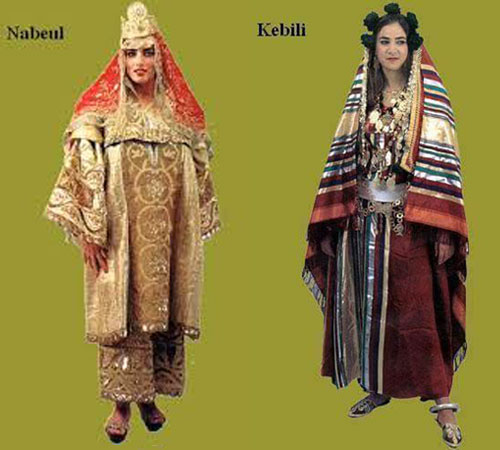 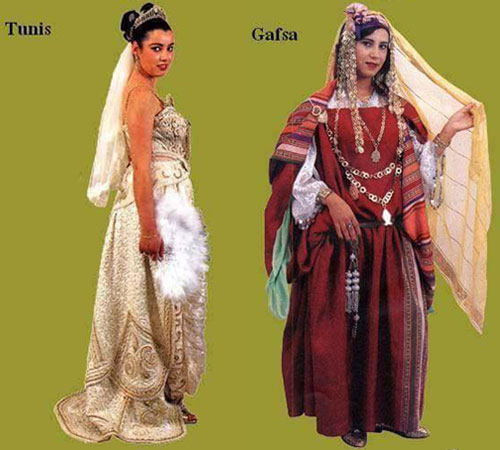 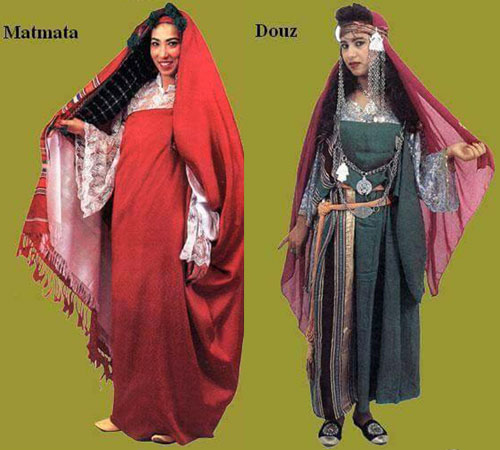 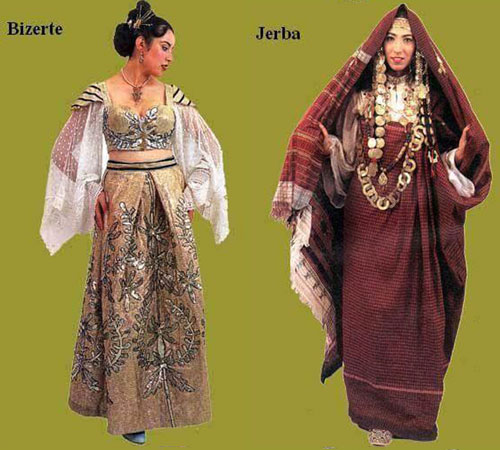 Traditional clothing of Bizerte (a city in North Tunisia, the northernmost city in Africa) and Jerba (an island that belongs to the Tunisian territory) 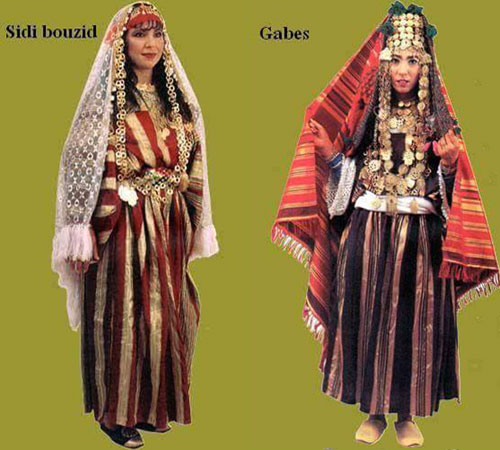 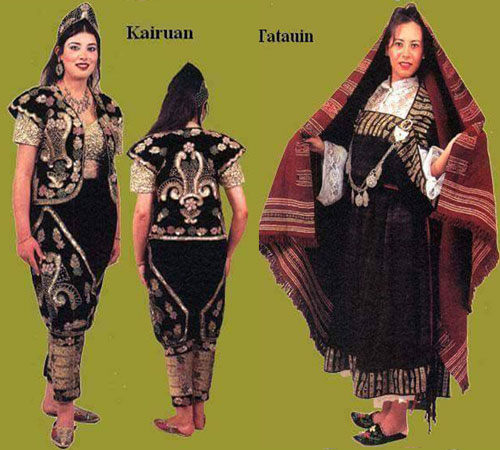 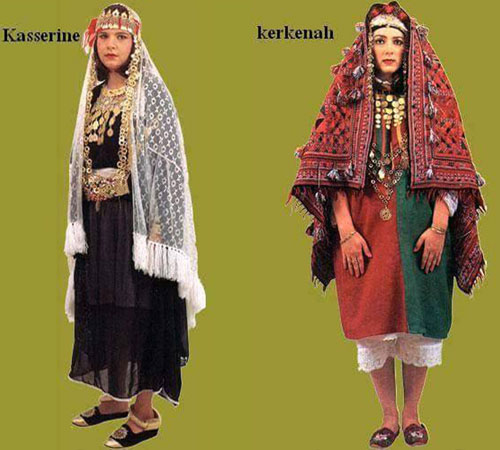 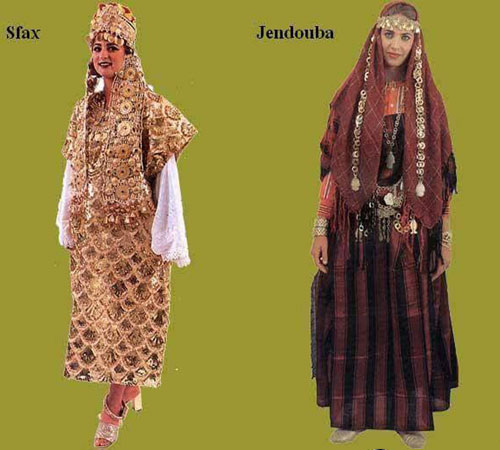