Romanian folk dress is one of those traditional outfits that have survived almost without any serious changes throughout centuries. The costumes show a lot of typically Slavic features, like embroidered shirts, sheepskin vests and hats, bright kerchiefs, narrow white trousers, etc. Of course, there is a great diversity of regional folk outfits. But let’s look closer at Romanian traditional attire and try to define its main characteristics.

The traditional Romanian clothing hasn’t changed much for the last several hundred years. The structure of a folk costume remained the same – a shirt or chemise, trousers for men or a skirt-like garment for women, a belt, a headdress, outerwear, and accessories.

The traditional outfit for men included a white shirt called “cămasă”, white trousers, a belt, a waistcoat or overcoat, a hat, and shoes. The regional differences are seen in the length of a shirt, in embroidery patterns, in the cut of garments, and, of course, in adornments.

The male shirt was practically always made from white cloth – natural linen, hemp, or thin wool. Today, Romanian folk garments are sewn from modern fabrics, but in this article, we’re talking about the original, authentic clothes. So, the length of a shirt can reach thigh-length, above-the-knee-length, etc. The cut of male and female shirts was traditionally the same, only embroidery designs differed. The sleeves were long. The embroidery was situated on the collar, shirt front, cuffs, and hem. 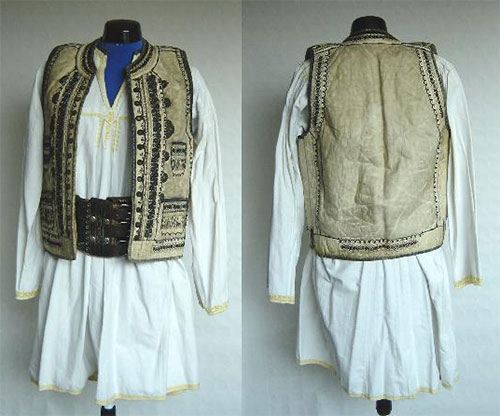 The trousers could have various design – some were tight-fitting, others loose, some were white, others dark-colored, some were worn tucked into high boots, others worn loose over the bootlegs, some were simple and embellishment-free, others could be ornate (adorned with embroidery or cording).

The outerwear was warm, made from sheepskin or wool. Romania is a mountainous country as a large piece of its territory is situated in the Carpathian Mountains, so the climate influences the folk clothing greatly. Most of the time, the local people wear some kind of outer garment – if not a coat, then a vest or cloak or jacket. One of the most popular garments was a decorative sheepskin vest called “pieptar”. 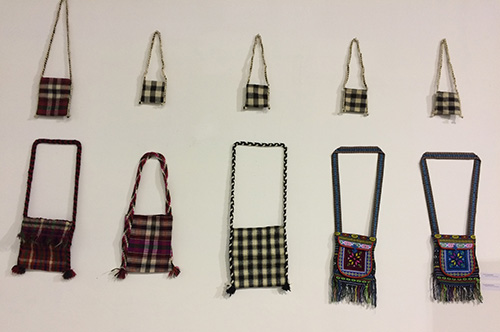 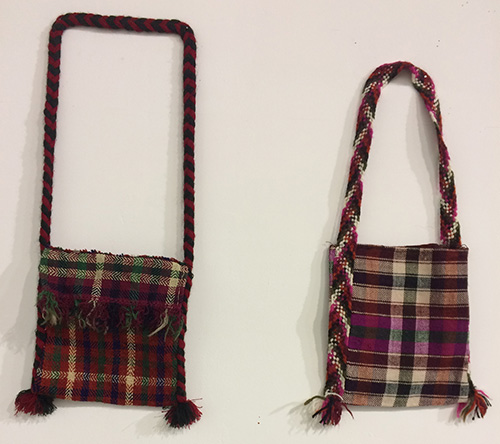 There was a rather wide variety of hats worn by Romanian men: sheepskin hats, winter fur hats, straw hats, felt hats, wide-brimmed hats, caps, and many others.

The female folk dress consists of a shirt, a wrap-around skirt, an apron, a belt, outerwear, a headdress, and shoes. Of course, there are a lot of variations in design, embellishments, color palette, and even the cut of clothing, just as we’ve mentioned about the men’s outfits.

Romanian skirts were diverse but, mostly, they were either wrap-around skirts or two aprons worn at the front and at the back. The materials are usually thick and warm, like wool. It was very popular to use gold and silver metallic threads to embroider on skirts and aprons. But also, there were different colorful patterns, often on black background. 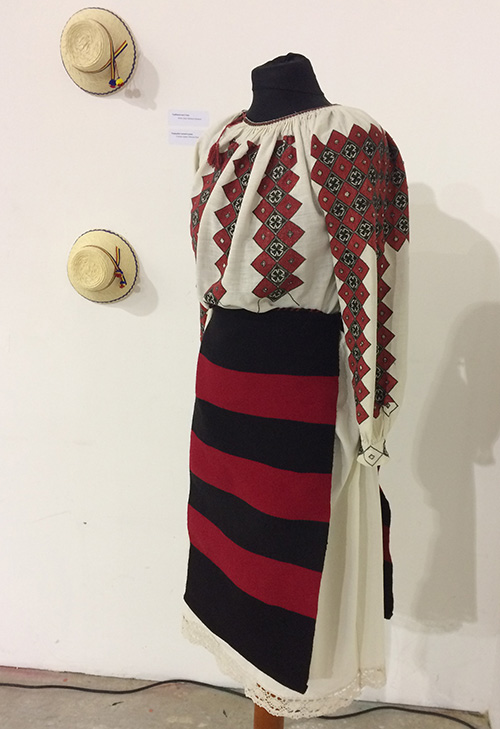 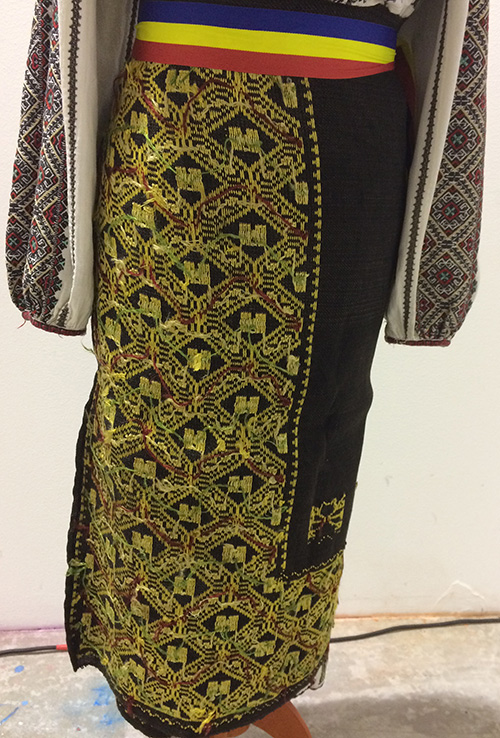 The belt was a narrow fabric belt, usually hand-woven.

The women’s headwear pieces were also different. As in many Slavic countries, headdresses differ according to the age and marital status of a woman. Young girls wear wreaths and ribbons, brides put various specific headpieces on, and married women use kerchiefs.

The footwear was the same as with Romanian men – opinci leather shoes or high boots.