Rare Uzbek kultapushak headdress – what is it?

Uzbek traditional costume is really interesting, especially the local textiles. Before the 1920s, there existed rather strict rules about national attire and folk clothing crafts in Uzbekistan – some embellishments were reserved only for wealthy people with high status. Wealthy Uzbek ladies wore many ornate and beautiful garments and accessories. For example, a headpiece for married women called “kultapushak”. Let’s find out what kind of a headdress it is, what it looks like, and what its purpose is.

A kultapushak is a traditional headpiece in Uzbekistan. Today, it occurs seldom in the streets, you can find it only in Uzbek museums. This skull-cap was worn by wealthy married women, so it was usually ornate and heavily adorned with embroidery, including gold embroidery.

But the main feature that differentiates this headwear from any other Uzbek headdress is its shape – the kultapushak is a close-fitting skull-cap that has a plait cover at the back. It is a long pocket or tube of fabric used to cover the braids. Uzbek women usually braided their hair. Young single girls wore these braids hanging loose down the back – 2, 4, or multiple plaits, while married women covered the braid at the back with a plait cover. It was customary for married ladies to conceal their hair from strangers. And over the kultapushak, women wore another veil or shawl to cover the head, neck, and shoulders. 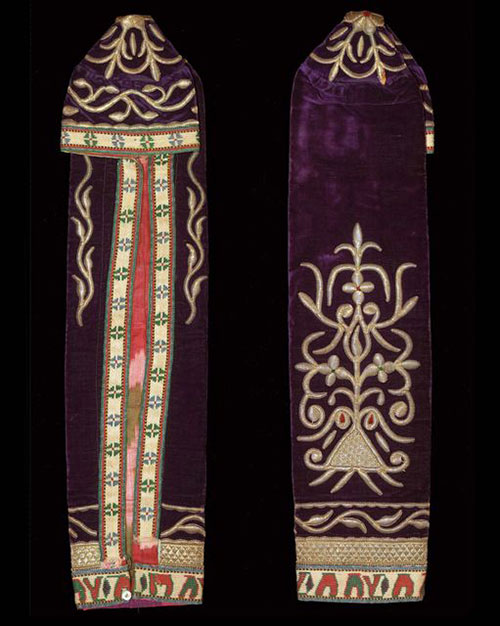 Usually, Uzbek ladies started to wear a kultapushak after they turned 30. By that time, they should have been married, had children, and been respected matrons in society.

As kultapushak was a garment for rich people, it was always beautifully decorated. The headdress itself was often sewn from velvet (although not always), widely available in Uzbekistan, and embellished with gold embroidery or colorful embroidery with simpler threads. The needlework patterns were usually symbolic – depicted the Tree of Life or various other Uzbek traditional motifs.

A kultapushak is a beautiful and typically Central Asian headpiece. And sadly, a very rare item, especially nowadays. But it deserves its place in Uzbek folk culture, among other unique heritage accessories. 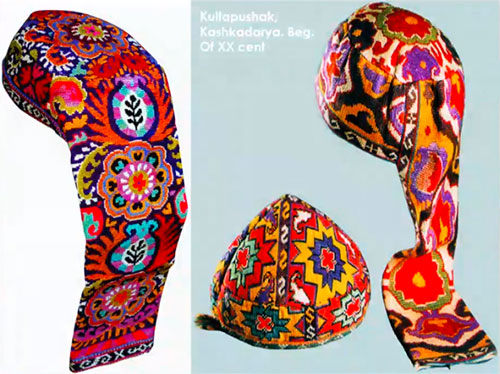