The Chinese always estimated their beautiful thick and strong hair. In ancient times, women would never cut their hair short unless it’s the only means to survive. And during many Chinese ruling dynasties, fashion dictated that large hairstyles and ornate headdresses were worn. Many of these hairdos needed false hair inserts and various hairpins to hold everything in place. So, where did they get the wigs and hairpieces if no one was selling their own hair?

In China, there is even an original tradition of hair embroidery – it might seem a bit strange for outlanders. Though, in the past, some European women sometimes used their hair as a sewing thread. And that’s as odd as hair embroidering. Nevertheless, you can read about this interesting Chinese craft here: Chinese traditional hair embroidery. Long human hair serves as threads.

Ancient Chinese people considered thick black hair to be a beauty standard on both men and women. If the hair was thin, women had to use a lot of hair inserts and hairpieces to pump up the volume for the traditional Chinese hairstyle. This was a common practice in ancient China.

Let’s take a look at a brief history of hairpieces throughout the Chinese dynasties.

The earliest written records of the use of hairpieces in China is from the “Classic of Poetry”, which is the oldest existing collection of Chinese poetry. There was a poem about the wife of Duke Xuan of Wei from the Spring and Autumn Period. One sentence praised how beautiful her hair was, “[Her] hair is black and thick like clouds, there’s no need for false hair”. So according to this poem, people had been using false hair inserts as early as 2,500 years ago.

There were a handful of hairpiece artifacts unearthed from tombs during the Warring States Period and the Han dynasty. The most famous discovery being Xin Zhui’s tomb from the Western Han Dynasty. Xin Zhui was discovered wearing a hairpiece half-weaved into her own hair. 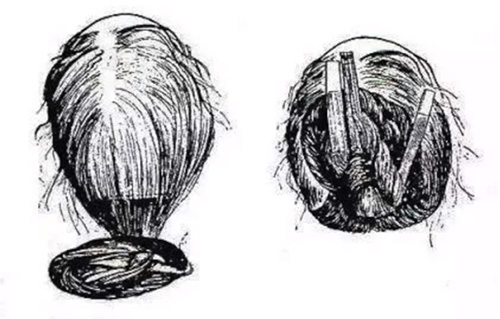 She also had a spare one stored in the tomb, which had a beautiful storage box of its own. 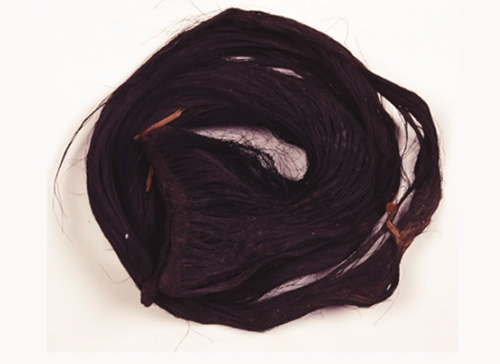 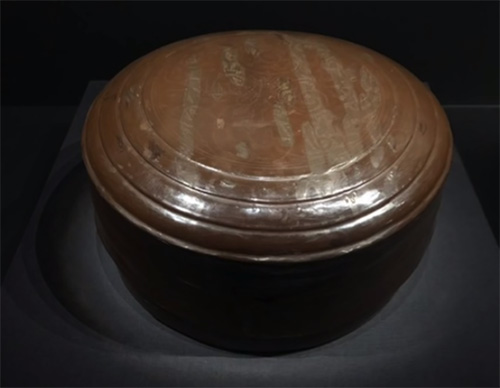 By the Tang dynasty, the demand for false hairs increased dramatically due to the popularity of big, tall, and fancy hairstyles. 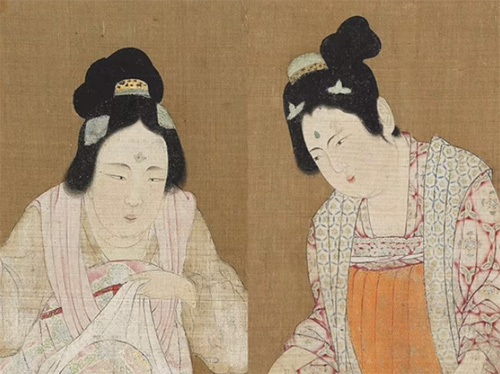 It’s impossible to create these hairstyles entirely with real hair alone, so it’s common for people to use wood pieces and false hairs as supporting materials.

These are some of the artifacts found in Tang dynasty tombs, made of wood and animal hairs. 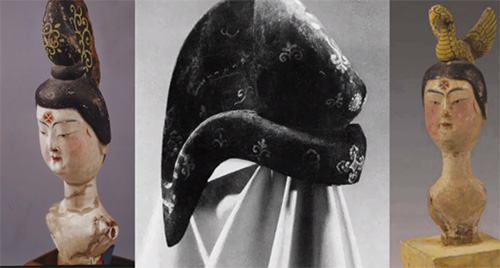 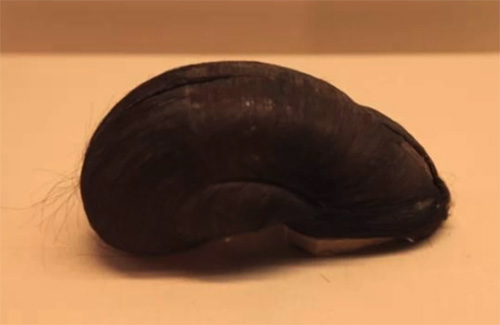 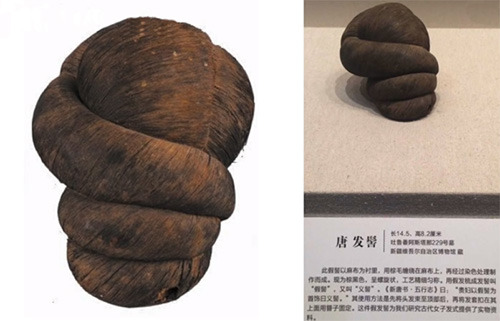 During the Yuan dynasty, women preferred to wrap their hair with cloth. 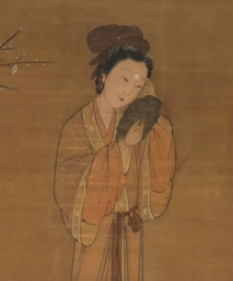 This tradition eventually evolved into a type of cone-shaped hairpiece called “diji” by the Ming dynasty.

Diji can be made from gold, silver, copper, and iron wires, as well as paper, fabrics, and human or animal hairs. 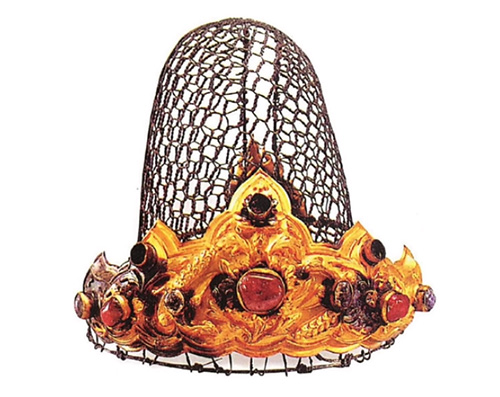 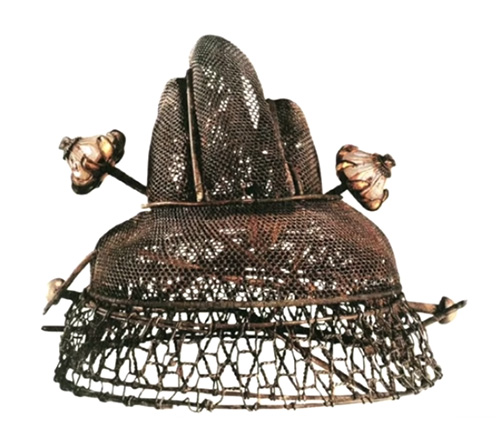 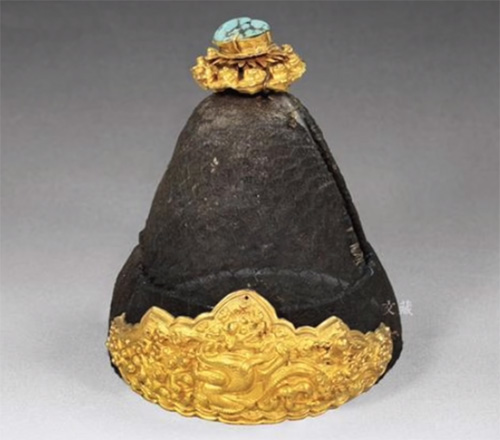 It was worn by married women and decorated with a complete set of hairpins. 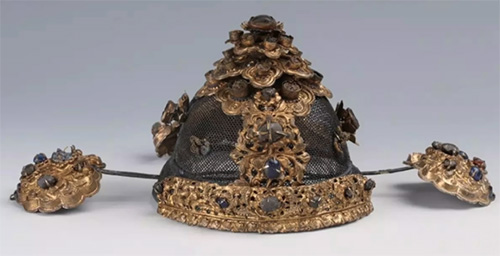 In the Qing dynasty, Manchurian ladies wore their hair very differently from the Han ladies. They usually wrapped their hair around a wooden, metal, or ivory fillet that extends out on both sides. 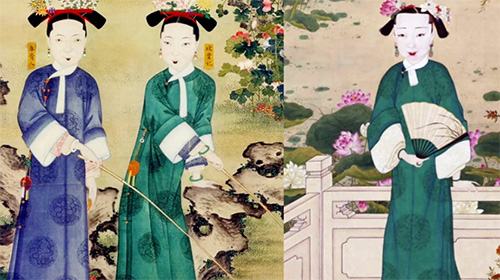 As time passed, the style got bigger and bigger in size. 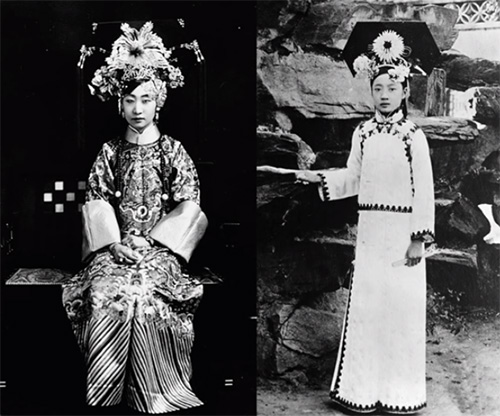 By the end of the Qing dynasty, they would simply use a board and attach it to the hair.

The use of hairpieces was a common practice throughout Chinese history, so how did they make them?

The Tang dynasty used wooden pieces as the base or carved them directly into the shape they desired.

But the most common way was to use animal hair, such as pig or horse hair, dye them black, and then weave them into the needed shape.

Human hair, on the other hand, was very rare and precious, because ancient Chinese people treasured their hair greatly. A woman would not sell her hair unless she was extremely poor and it was the last resort.

Another great source of hairpieces came from neighboring countries. In “Samguk Sagi”, a historical record of the Three Kingdoms of Korea, the country Silla provided hairpieces as tribute to the Tang Dynasty four times. Possibly because non-Han people didn’t have the same restrictions on cutting hair as Han Chinese.

Today, we have all sorts of materials for making wigs and hairpieces, from plastic nets and sponges to different types of synthetic hair. So it’s far easier to make a traditional Chinese hairstyle these days.