Traditional clothing of Chinese dynasties: from Xia and Shang Dynasties to Tang Dynasty

Did you know that back in Ancient China men actually wore dresses? But what's really interesting about Chinese culture is that throughout every dynasty in Chinese history, the style of clothing would adapt to the new dynasty and will last until the end of that dynasty. So, we can easily tell what time it belongs to by the vintage outfit’s design, color, and adornments.

The basics of traditional Chinese fashions were born during the Shang Dynasty. People wore a narrow, cuffed, knee-length shirt jacket, tied with a sash, and a narrow ankle-length skirt, completed with a piece of cloth that hung down to the knees. Clothes were, generally, in vivid, primary colors and didn’t vary much between different jobs and types of people. 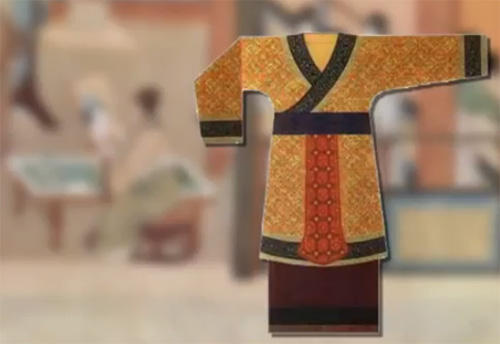 But during the Zhou Dynasty (1046-221 B.C.), with the development of strict social hierarchy, people started to get picky. Clothing turned into a statement. The color, length, width, and decorations of your clothing marked your status and rank in society.

Say, you wanted to wear this sick new yellow skirt your mom just made for you – but no, too bad only the Emperor was allowed to wear yellow. And if you were like, who cares, I’m gonna wear it anyways – well, you were going to die.

Other developments during the Zhou Dynasty, besides the Emperor hogging all your favorite color for himself, included the first appearance of the dress jacket, which stayed popular dynasty after dynasty. The dress jacket consisted of an upper short shirt jacket or waste jacket, tucked inside a lower floor-length skirt, a long silk belt (usually, with a ring or piece of jade at the end) was tied around the waist, and a cotton shawl was worn around the arms.

But while the dress jacket stayed around, the Zhou Dynasty, unfortunately, didn't. Enter the Qin state (221-206 B.C.) and Qing Shi Huang, the first emperor who defeated the 6 other warring States of China and established the Qing Dynasty. Besides unifying China, Qing Shi Huang tried to unify clothing. He was a dictator, and if you're going to give a national makeover, you’ve got to make sure it looks right.

Unfortunately, Qing wasn't around long enough to completely unify Chinese fashion, but he managed to unify color. The color of choice was black. Why black? Qing was a fan of the concept of Yin and Yang and the Five Element Theory. Now, the Zhou Dynasty favored the red color, which was symbolic of fire. The Ancient Chinese associated the black color with the element “water”, so Qing Shi Huang used the color to symbolize the power of water – the Qing Dynasty – to extinguish fire – the Zhou Dynasty.

But other than color, clothing styles didn't change much during the Qing Dynasty. The norm was loose one-piece clothing with long large sleeves.

Next up is the Han Dynasty (206 B.C. – 220 A.D.), China's first Golden Age. This dynasty had a huge influence on Chinese history and culture, and it's done a good job making sure we don't forget it. China's majority ethnic group is called the Han Chinese, traditional dress is called the Hanfu (Han clothing), even the writing is known as the Hanzi (Han characters), and the language is known as, of course, the Hanyu (Han language).

Han Dynasty clothing was generally dignified and elegant. During the first 200 years, the Western Han Dynasty, the dark style clothing of the Qing Dynasty continued. The court dress was black, while the formal dress for sacrificial rites was edged with red. 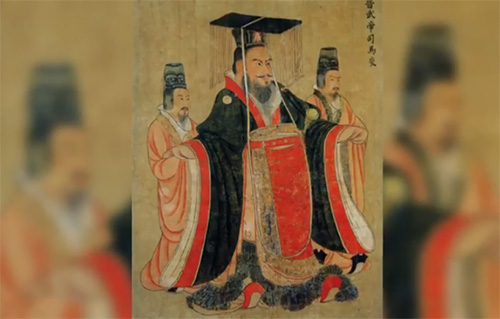 There were 2 robe styles: one with a diagonal opening and one with a straight opening. In the eastern Han Dynasty, red replaced black, as this color is a symbol of the Han Dynasty’s fire virtue. But people, especially government officials, also dressed easily, changing the color of their clothes to match the season.

As far as accessories are, there were 13 different types of hats. But be careful, you couldn't just pick and choose out well. The style of a man's crown was an indicator of his rank in society.

And now, let's get forward a few hundred years to the glorious, the glamorous, the one and only Tang Dynasty (618-907 A.D.). The peak of the Chinese civilization. A time of unparalleled peace and prosperity and of dumplings and fashion. And it was reflected in the styles of clothing of the time. 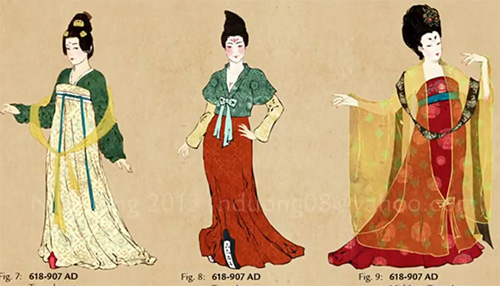 Tang Dynasty clothing was luxuriant, looser, more relaxed, and more revealing than before. Women had several choices of outfits, including the classic short skirt jacket, tucked into a long skirt, tied up high over the chest; loose-sleeved shirts with long skirts and long shawls; or low-cut gowns with high waistbands and full flowing skirts. 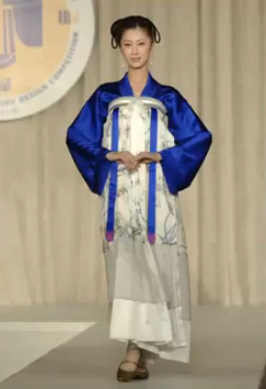 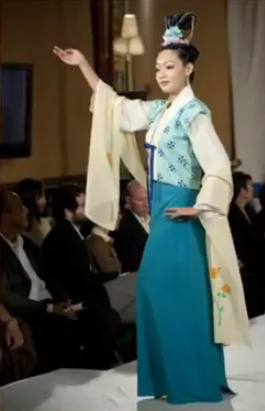 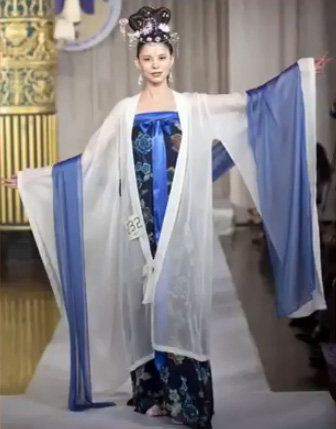 Shoes were made of silk or woven from grass. And hair covered the temples, framed the face, and was tied up into a bunch of different buns. 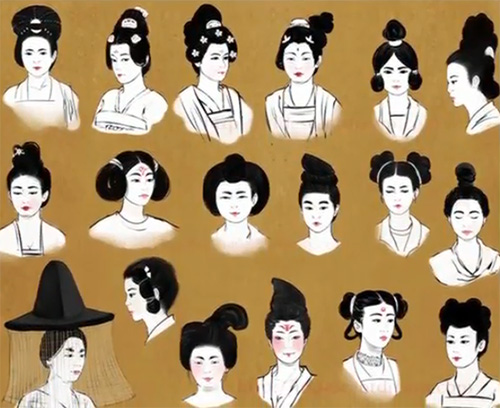 Also, popular during the Tang Dynasty was a style that's now considered a trademark of traditional Chinese clothing – Da Xiu Shan. It literally translates to “big sleeved shirt”. People used to put things into their sleeves and carry them like that. 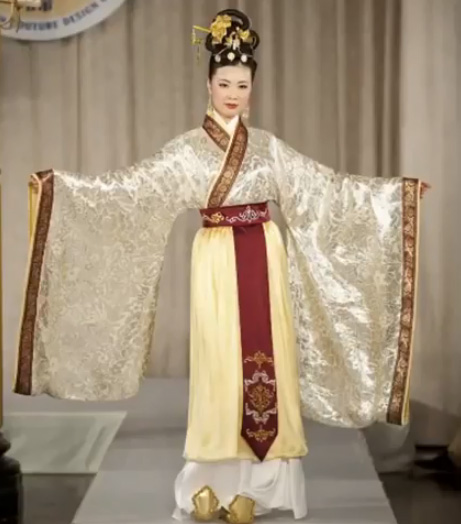 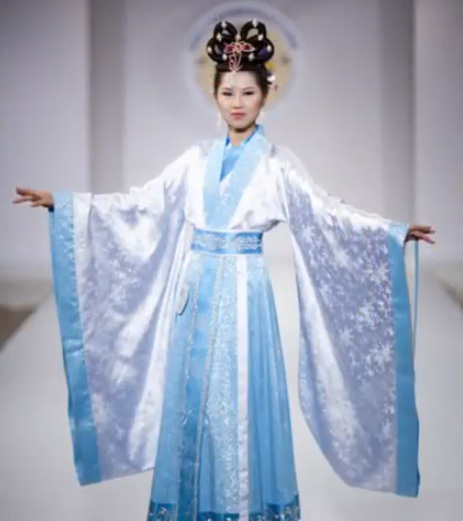 These elegant heavily embroidered garments were worn by Tang ladies on special occasions. This type of dress is also often used in depictions of Chinese fairy maidens.