Japanese wedding outfit, especially the bridal one, is rather complicated and heavy but very authentic-looking and offbeat. The groom’s attire is more comfy and simple. Both costumes are worth knowing about their symbolism and historical background, and, of course, they’re worth wearing them. We’d like to show you the beauty and unusualness of the traditional wedding kimonos of Japan, interesting accessories, and outstanding local headdresses. So, let’s get started.

This is a story of one Japanese girl who filmed her real wedding: the outfits, rituals, and all the details of a traditional Japanese wedding. We’ll show you here only the part about Japanese wedding clothing and leave everything else out of the article.

"Mon" means emblem and refers to the family crest, which is printed on the "haori" - or kimono jacket. You’ll find one emblem on the back, right below the neck, two on the sleeves, and two on the chest. 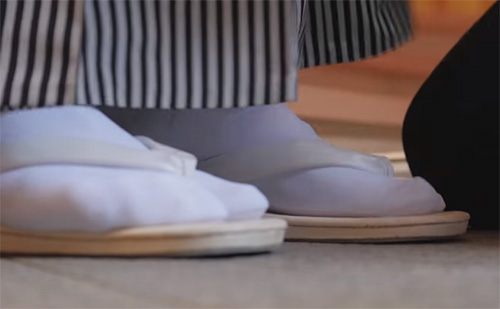 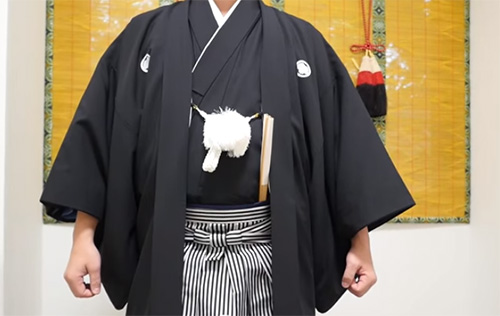 The white pompom-looking thing in the front is the "haori himo", which loosely ties the front of the jacket together.

After Hagie did my makeup, it was time to put on that wig! Unlike most wigs, that are usually floppy and soft, this one was rock solid. It literally felt like wearing a helmet. But believe it or not, it’s actually not that uncomfortable. And thank goodness for that because the wedding kimono is. 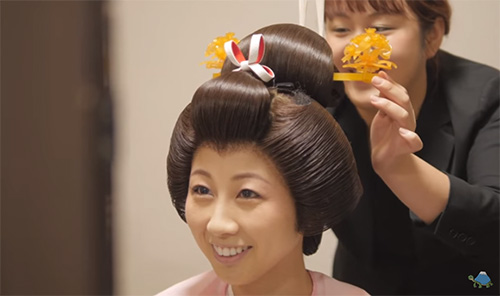 I wore a white wedding kimono called the "shiromuku". And wow, you wouldn't believe how much there is to it! 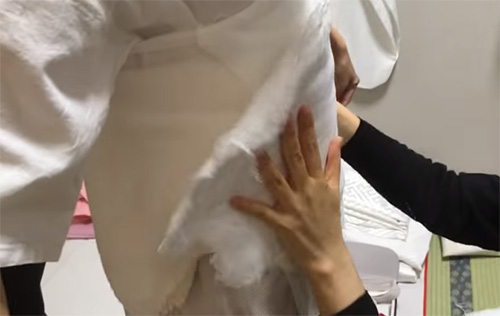 After you've got the basic shape, you put on the first layer called the "nagajyuban" (or nagajiban) and tie it into place.

Next, we have the second layer called the "kakeshita". That’s a lot of cords. And you definitely feel it. 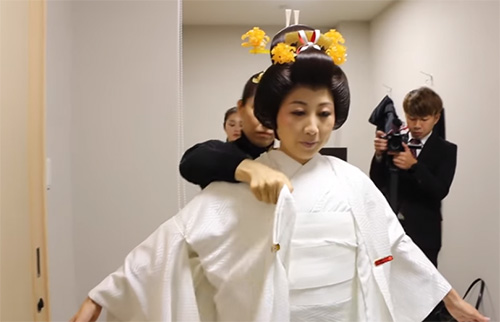 The "obi" or large kimono belt is wrapped around the second layer. And how they tie this thing, I have no idea, but it looks pretty amazing! 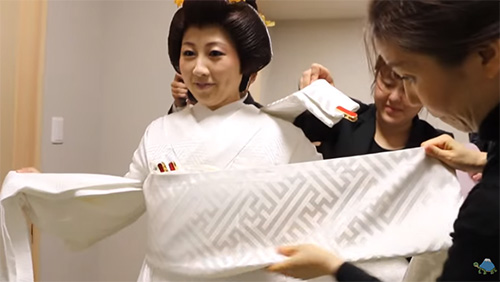 The last layer is the "uchikake," which is like a thick coat for kimonos. And it is thick! The "uchikake" have beautiful embroideries of plants, animals, and treasures that are thought to be good luck, such as cranes, orchids, and carriages. 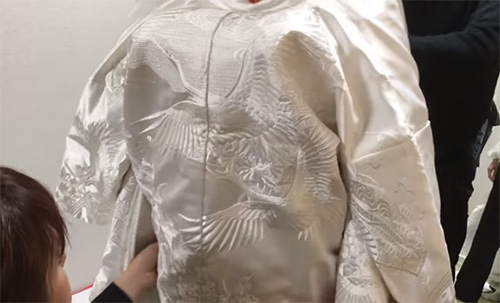 After applying some color to my lips, we were ready for the final step – putting on the "wataboshi," which literally means cotton hat. An interesting fact: before becoming a headdress for weddings, the "wataboshi" was actually just a winter hat to keep warm. With a custom to cover the bride’s face for only the groom to see until after ceremony, the "wataboshi" with its large shape became a part of the wedding kimono. 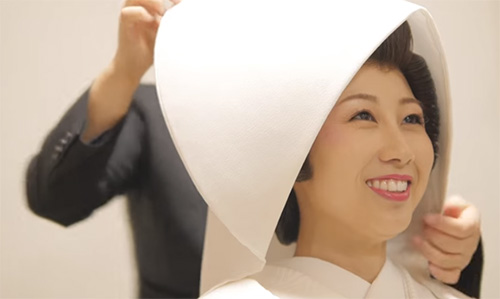 This kimono is not the most comfortable thing. It's very very heavy. And my shoulder is starting to ache a little bit. But it's definitely worth it! 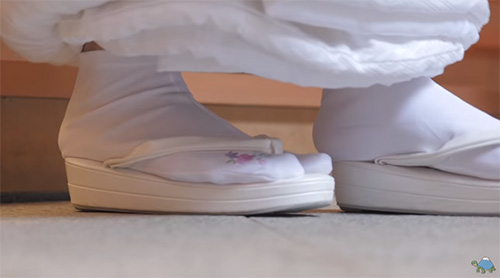 The white wedding kimono is generally assumed to symbolize purity and willingness of the bride to be "dyed in the groom's colors." But another theory suggests differently. And here is why. 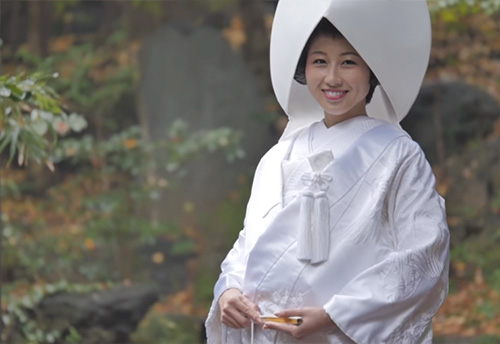 Actually, traditionally Japanese women used 2 kimonos during the wedding: the white one for the ceremony and the colored kimono (called “irouchikake”) for the reception. In that case, the white kimono meant the symbolic death of the bride. Its white color comes from the look of the burial clothing called “shiroshozoku”.

The colored kimono was an obligatory part of the wedding. It symbolized the bride’s rebirth into the groom’s bloodlines. So, the white and colored kimonos together kind of mean the death of the former woman and her rebirth as a new person. 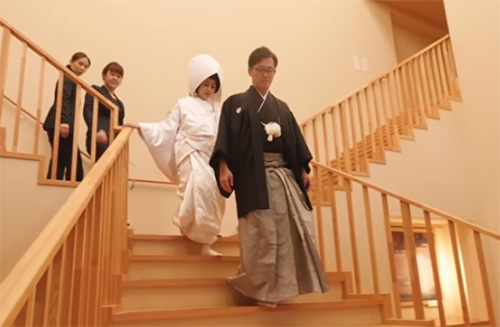 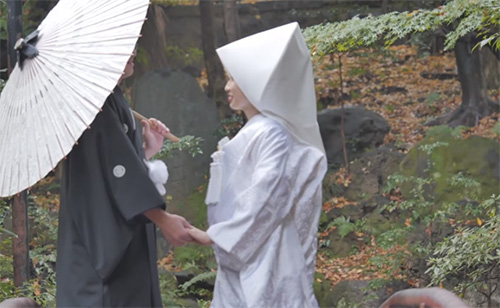 Curious and very deeply symbolic beliefs, aren’t they? And they truly suit the complicated and profound Japanese culture in general.

Would you like to know more about traditional Japanese weddings?