Tibetan men used to dress in sheepskin outerwear over bare skin, leaving the right arm exposed even in winter

The folk dress of Tibet looks charming. Especially their charming outerwear called “chuba” that can tell so much about the wearer. In the past, there was a tradition for Tibetan men to wear a sheepskin chuba over the naked upper body, with the right arm left bare. It was the ultimate show of masculinity and machismo to go out like this during harsh Tibetan winters. Even today, in the 21st century, chuba still remains a significant part of Tibetan culture and lifestyle – the locals wear it in winter because no modern outer garment can be as warm and comfy.

Chuba is a long warm robe with folding lapels worn belted with a sash. The sleeves are long, often longer than the hands so that you didn’t need mitts and could hide the palms inside of the sleeve. When it’s warmer, the cuffs are rolled up. Usually, it is a sheepskin or woolen coat, but other materials are also used. This outerwear is very handy for the nomadic lifestyle of Tibetan people and also for the harsh climate of mountainous regions. Both men and women in Tibet wear chuba. 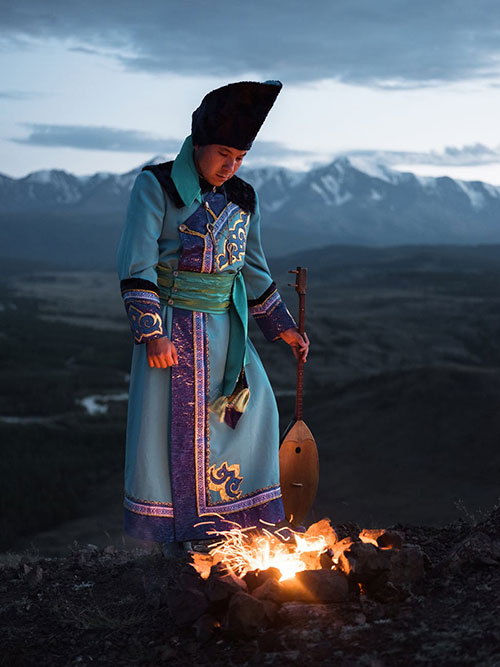 No one can actually tell how old this outer garment is. Tibetans have been wearing it for centuries. The chuba most definitely came from Central Asia and spread among various nomadic tribes because its cut and design are perfect for horse riding and for the cold and windy climate of Central Asia, in general.

As we’ve mentioned, the traditional chuba is made from sheepskin or wool, but festive outerwear was often sewn from brocade, cotton, or silk with fur lining. It could be embellished with embroidery, applique, printed or woven patterns, colorful lining, trimmed with expensive fur, and so on. 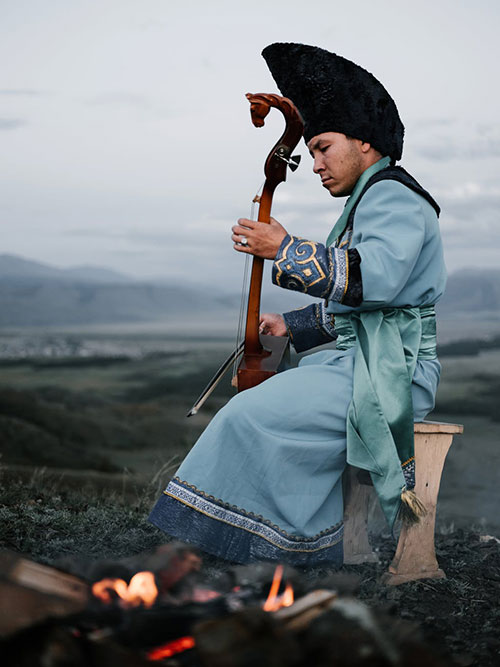 The design, peculiarities of a chuba, and style of draping can tell a lot about the wearer – the region of origin, marital status, place in society, age, etc. Also, the accessories matter – what kind of sash is used, how it is tied, what adornments and jewels you can see on the chuba, etc.

There is an old Tibetan tradition, which dictated that men wore their sheepskin chubas shirtless, on bare skin. More than that, they left their right hand in the open, not covered with a sleeve. Even in cold winter weather, Tibetan machos often wore their outerwear like this, enduring uncomfortable freezing temperatures. Today, men don’t do that anymore, but the tradition to use a chuba in winter remained because this outer garment is so cozy, warm, and handy. Of course, they use a shirt underneath or some other clothes. 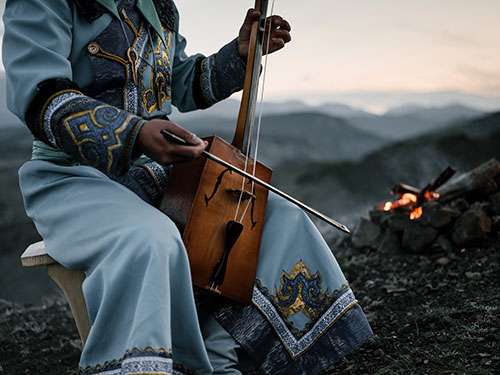 Chuba even has a large pocket-like space – between the two flaps or lapels. There is a lot of space there, which was typically used to store little things. Also, some items could be attached to the belt or tucked under it.