Traditional skirt in Laos called “sinh”. How to distinguish real, handmade sinh from fake one

The Lao traditional skirt called “sinh” is a wrap-around tube of skirt made of silk, cotton & silk, or cotton only. Most of the sinhs have special patterns woven directly into the fabric or embroidered on it. They reflect the culture and beliefs of different ethnic communities. There isn’t much information about this traditional garment because people did not record the very beginning of this folk skirt’s history. But let’s try to find out as much as possible about it.

Traditionally, Lao craftswomen took such pieces of information as local historical moments, legends, folklore, etc. and converted them into intricate patterns on sinhs. And today, artisans in Laos do the same. 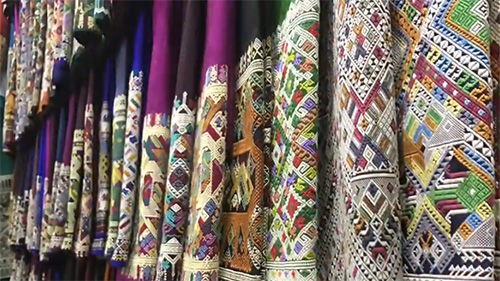 Rich and colorful patterns on the hems of sinhs

By the patterns on the fabric and the draping of the sinh, we can roughly identify its region of origin. By the way, Lao women often use sinhs in everyday life and on special occasions even now, in the 21st century.

The body of a sinh can be divided into 3 parts:

The artisan Mrs. Vorlaboud shared her knowledge about the Lao sinh skirt.

There are 3 styles which are “ket pa” (fish scales), “jok”, and “khun”. The ket pa type of sinh is the most complicated and labor-intensive.

Jok is a pattern embroidered to the sinh by hand. People used dyed silk threads to make the patterns. 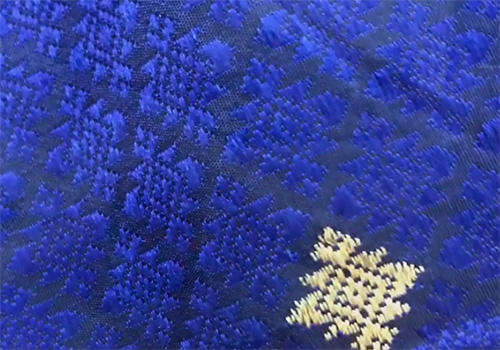 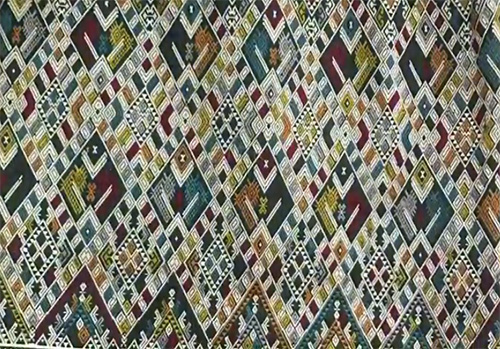 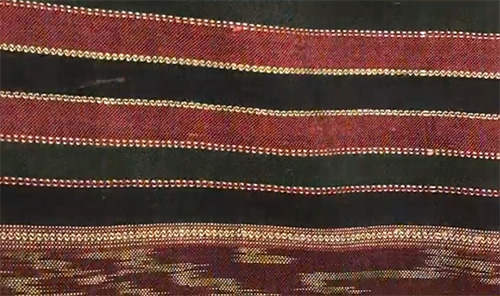 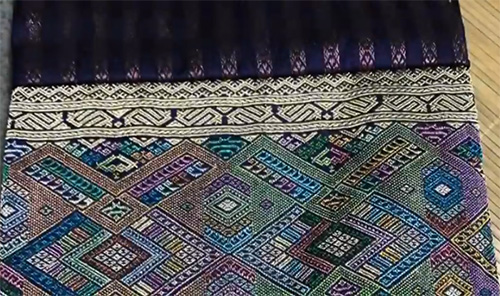 Jok pattern on a sinh. The background is a mai larb and the embroidery is in mai khumfun

Fake sinh. What is it?

There is a modern method of making a sinh called “sut”; it is similar to the jok but differs because it’s of a much worse quality. This method is usually used by Chinese companies who produce so-called “fake” sinhs – cheaper machine-made garments. One way to identify whether it is sut or jok is to flip the skirt over. Jok has a few thread ends popping up, while sut doesn’t – all of the threads lie in the same direction and are hidden. 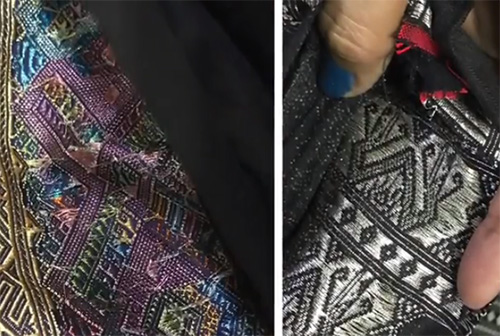 In modern times, China imports their version of sinh made by bad-quality materials and offer it in a cheaper price. This causes the production of Laos’ traditional sinhs to drop over a couple of years. Because fake sinhs are cheaper, the real sinhs don’t get sold as much.

People looked at it like it’s not a big deal, but some families depend on this work to live.

How long does it take to make a sinh? 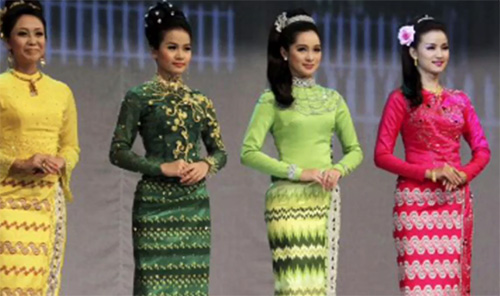 How to identify a fake sinh from a real garment?

We’re going to show you a few ways of identifying whether it’s a real sinh or a fake one.

1. A person who makes sinhs can tell by just touching it. The material is different. For instance, the sum neua’s silk will be thick, thicker than the khon kaen’s silk and the larb’s silk.

2. Real sinhs are smooth and quite soft, while fake sinhs, when worn, will be baggy.

3. As we’ve said earlier, another way to identify the sinh is to flip it over and see the raw back.

4. Fake sinhs have patterns stamped on them. Patterns on real sinhs will be embroidered by hand or woven into the fabric (some put a piece of cloth to cover them to give the sinh a cleaner look). If you tear off the cloth, you’ll see the jok techniques. 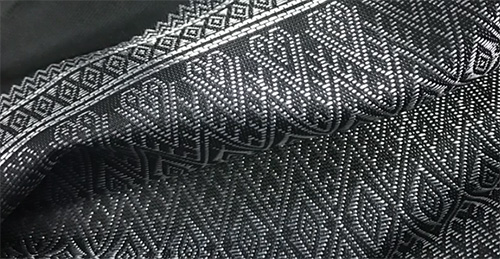 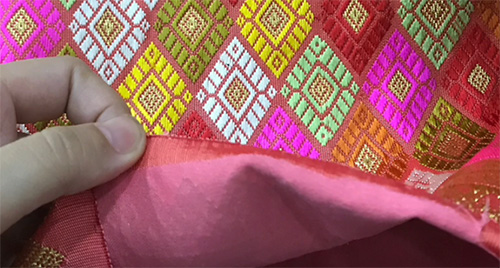 5. You can smell the fabric – fake (Chinese) sinhs are smelly.

6. If you’ve already bought a sinh and want to identify it, you could burn the hem of the skirt – if the fabric turns into ashes, it’s real; fake sinh’s fabric will curl up into a ball because it’s synthetic.

Can it be identified with the naked eye?

Yes, you could identify the sinh by naked eye. Fake sinhs wouldn’t be as strong or thick as the real one because the manufacturers of fake sinhs use glue in the process of making.

What will happen if you wear a fake sinh? Does it affect health or physical appearance?

A person who’s allergic would probably get allergies. Because of the smell and the materials it’s made from.

Also, it’ll be baggy when you wear it and won’t stick with your body.