A parka is one of the few truly and originally Canadian traditional garments. It was invented by the Inuit Native American tribes and was used by the local people on the territory of Canada throughout several centuries. Even today, parka is extremely popular among Canadians and thousands of people around our planet. And the changes that occurred to the cut, design, materials, and decorations of a parka are tremendous. Let’s see how a parka looked like in the 1800s and in the 21st century. Let’s compare these pieces of clothing.

The traditional Canadian parka is a hooded coat. Usually, it is about mid-thigh length, but some parkas could be shorter (just below the waist) or longer (knee-length). Unlike long garments, parkas are perfect for any physical activity, including outdoor labor, sports, walking or running, etc. The hood is also an important part of this apparel – it protects from bad weather conditions very well and can be easily removed when it gets warmer.

The first parkas were invented and used by the Inuit people – Native American tribes who dwelled in the northern part of North America, particularly in modern Canada. The harsh climate and weather conditions of this territory motivated people to use warm clothes made from fur and animal skins. So, at first, the parkas were made of caribou or seal skins. They were warm and protected the human body from the cold, winds, frost, and even rain (because some of them were waterproof).

How did Inuits make their clothing waterproof hundreds of years ago? Of course, they didn’t have modern technologies and modern waterproof coating liquids. But they used the natural ones – for instance, fish oil, with which Inuits covered their coats, trousers, shoes, etc. Maybe fish oil isn’t perfect, but it was good enough and it worked.

The parkas were and are used by both men and women because they are comfy and look rater stylish. Originally, they were often embellished with embroidery, applique, beading, fringe, etc. Sure, male and everyday parkas usually were simpler, while female and festive garments were more decorative.

Inuits had a specific parka called “amauti” designed to carry babies. Most often, it was used by women, but sometimes, men also wore it to carry their child. In the amauti, the kid is protected from the harsh cold, wind, snow, and rain, and it gets body heat from the adult. Traditionally, the baby is put into sort of a hood and kept there warm and cozy. At the same time, the mother’s or father’s hands are free to do any work. This garment was especially widespread in Greenland, Alaska, and other northern territories of North America.

As we’ve already mentioned, the parka was made from animal skins in the past. Also, a thick woolen cloth could be used if the weather was warmer. In the 1900s, new techniques and technologies became available and synthetic parkas appeared. Military people, explorers, pilots, and scientists were among the first European parka lovers, but ordinary people quickly understood the convenience and beauty of this outerwear and parka became extremely popular.

Modern Canadians consider the parka their traditional garment and a piece of the local cultural heritage. They still use it today and constantly work to improve the qualities of this winter wear. There are many designs of a parka that slightly differ from each other, so everyone can find the garment that suits them.

Here are a few different male and female parkas from the McCord Museum in Montreal, Canada 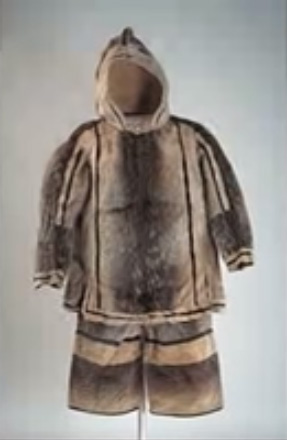 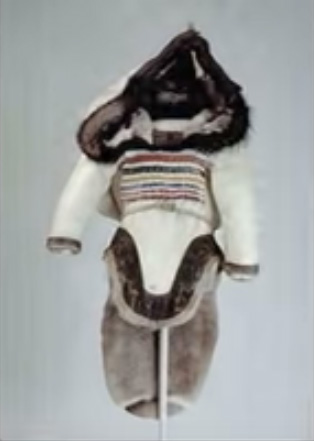 Unique Inuit parka called “amauti”, 1979. Note that it has dipped back hem

And here are modern synthetic parkas with fake fur 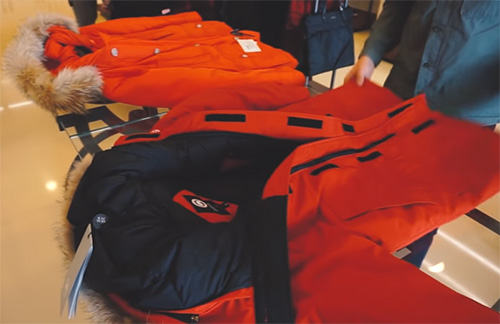 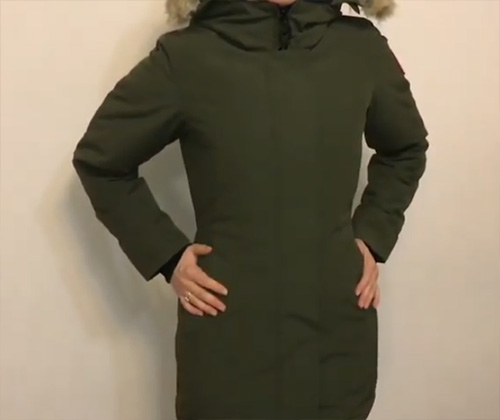