These traditional clothing crafts are very old and widespread throughout the whole planet. Our ancestors – no matter in what country or region they lived – knew how to make clothes using the weaving, felting, and knitting techniques. Various museums in Europe, America, Asia, Africa, and other corners of the world exhibit authentic garments produced with the help of mentioned folk crafts. But what interesting facts can we find about these clothing techniques? Let’s see.

This is the way of making clothing from wool fleece. Other materials also can be used for felting but wool is the most popular choice.

There are several methods of felting, but the main idea is to interweave wool fibers so tightly that they stay together, creating the fabric. There are many layers of fibers put onto each other and beaten, pressed, or stabbed to make them blend together.

The thickness, softness, and density of felted fabric can be different, and so a variety of different garments can be made from it. Most often, outerwear and hats were traditionally made from felt. For example, felted kaftans were popular in Asia, while many Europeans wore felted hats. Various felted hats even were a part of national attire in several European countries, like Poland, Hungary, Slovakia, Ukraine, Austria, Germany, etc. 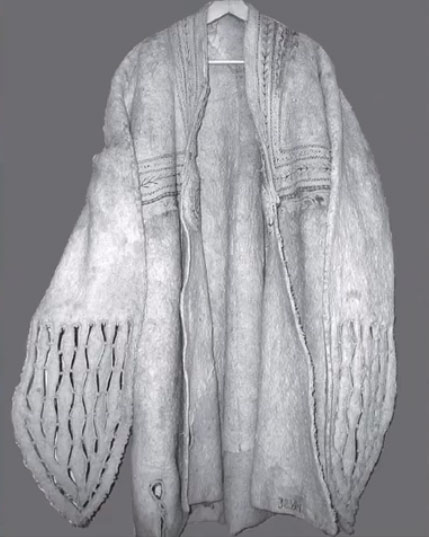 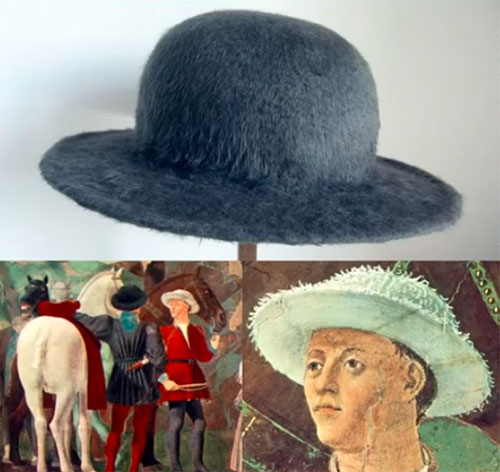 Felted fabric can also be dyed. Beautiful and intricate patterns are created in Central Asia by stitching together pieces of colorful felted woolen fabric. 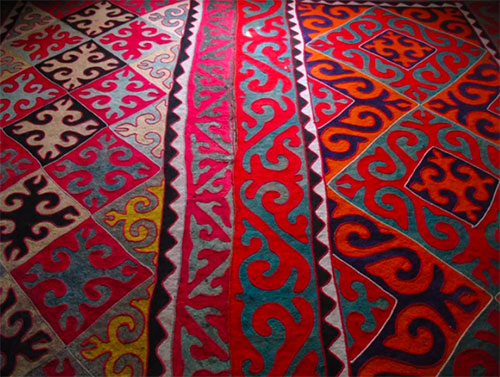 Read also: The craft of felting. A lot of folk garments around the world are made using felting technique

To create the fabric by weaving, people needed threads, which were spun from plant or animal fibers. Long ago, threads were made by hand, without any tools and machinery, then, people started to invent simple and then more complicated tools. Throughout the centuries, spinning tools and methods changed. At first, simple distaffs (or even sticks) were used to hold the yarn, and spindles were used to spin it into a thread. 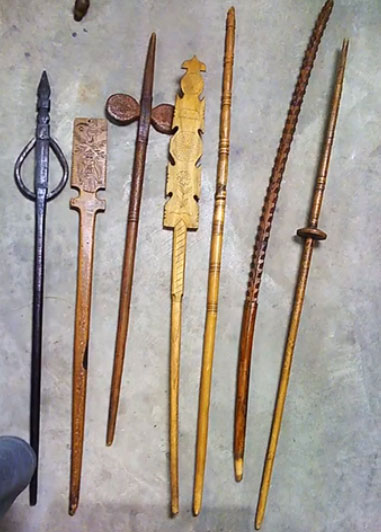 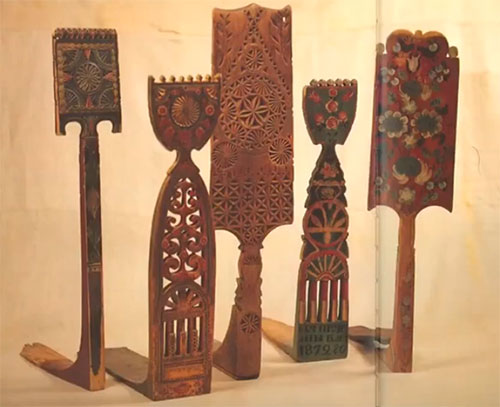 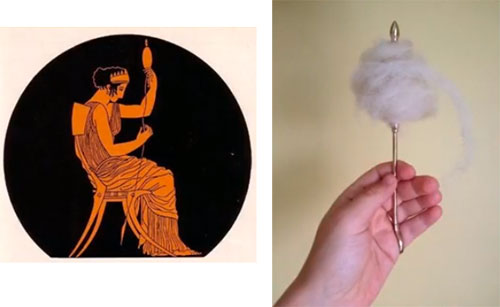 The yarn could also be simply wrapped around the hand. Different other constructions were invented later. 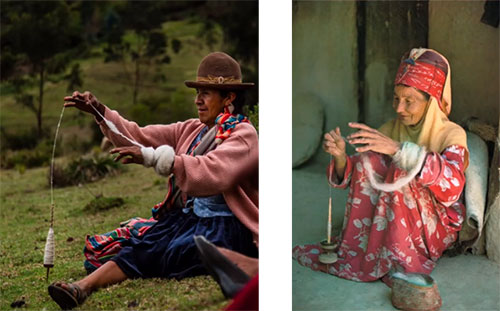 The spindle is a straight and smooth stick with a whorl at one end. By the way, there was a wide variety of whorls – made from stone, clay, glass, bone, amber, and other materials. Spindles are called so because you spin it and the thread attached to it is twisted. With time, spindles changed, too, just like any other spinning tool. At one point, spindles of a certain shape appeared that didn’t need a whorl. 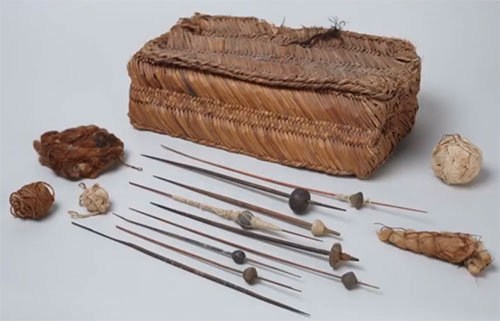 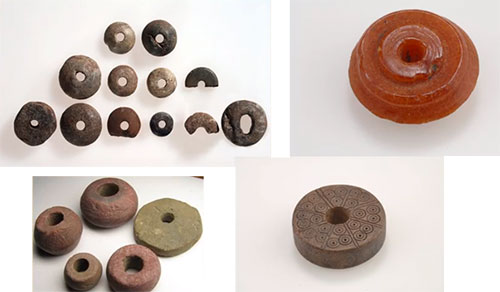 Spindles that don’t require a whorl

The configuration of a spindle, weight of a whorl, position of a whorl (on the top or bottom part of the spindle) – all this determines what material is ideal for this particular construction. It takes different spindles to spin linen or wool, fine thin thread or coarse and cheap thread, etc. Some threads are so thin and delicate that the spindle needs support because the thread can’t hold the weight of a spindle and tears. 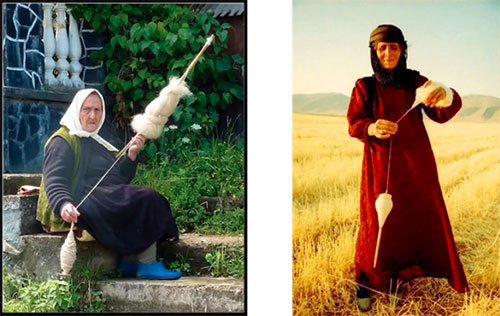 It’s interesting that in the opposite corners of the world and in different periods in time, the process of spinning is the same. You can compare Peruvian, Central Asian, Egyptian, Ancient Greek spinning techniques, and they will be practically identical. 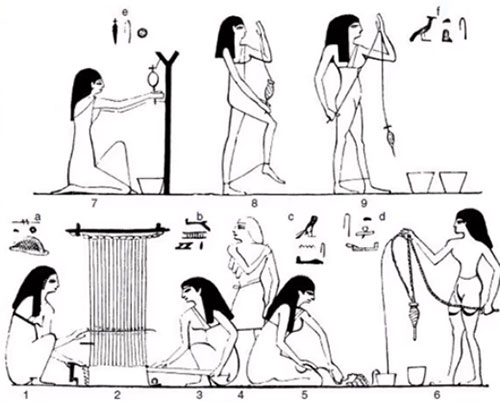 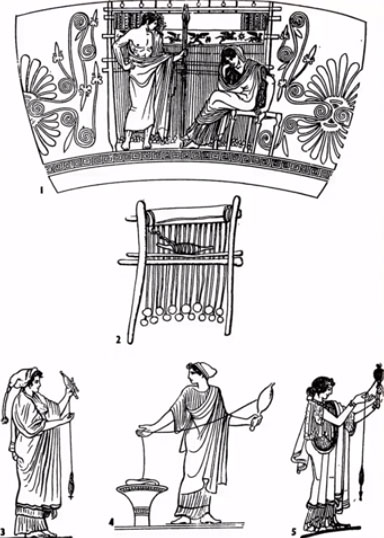 The next step in spinning was the invention of the spinning wheel. It appeared either in India or in the Islamic world – researchers and scientists still aren’t sure. But this useful tool quickly became widespread. It appeared in Europe around the 13th-14th century. The spinning wheel is much handier than a spindle and the process quickens a lot. But early wheels were spun by the hand. Only in the 16th century, a foot pedal was added so that the hands were free and it was easier to hold the yarn. 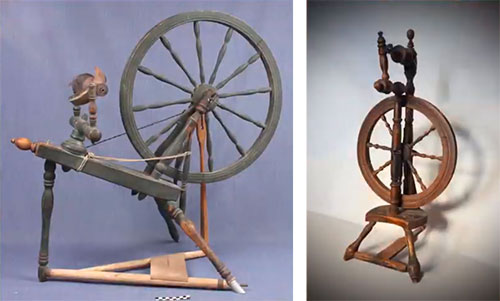 Old tools for spinning and weaving. Our grams and great-grams used such tools to make clothes

Spinning yarn on a wheel. Nice tutorial for various methods of spinning

This craft is very old. The first items produced by the netting technique were fishing nets, obviously. And the oldest known fishing net is dated 8,300 B.C. Usually, nets were made from nettle threads, willow bark, wool or silk fibers, and other materials. 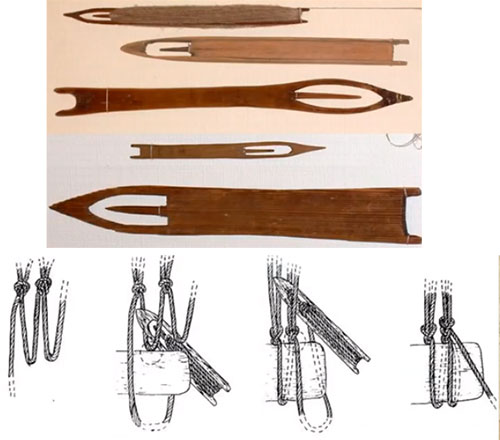 With time, the netting technique helps to invent knitting, which is a lot similar but more developed and more complicated. The first knit pieces were accessories, like belts, coifs, and etc.

Ancient sprang coif (needlework technique that predates knitting, it is similar to netting but is constructed entirely from warp threads) from Denmark, the Bronze Age

The knitting techniques we’re familiar with are comparatively young. They became popular around the 16th century. It is considered that knitting with several needles was invented in the 7th century in Egypt but it wasn’t too popular. 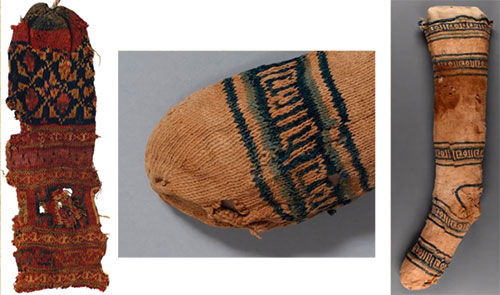 Until the 16th century, people knitted with one needle. It was typically made from wood, bone, or horns. The oldest known hand-knit (with only one needle) sample was found in Israel and is dated about 6,500 B.C.

Unlike garments knit with two needles, the ones knit with only one needle can’t be unstitched by just pulling by the thread.

There are about 30 methods of knitting with one needle. 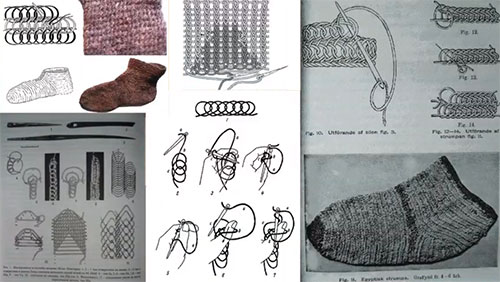 Various styles of knitting with one needle

Weaving is an old clothing craft. It was used to produce clothes and other household items from threads and other materials (like tree bark, leaves, bast, grass, etc). This craft is practically as old as netting. Of course, the first weaving techniques were far from our modern ones. They were much simpler and coarser. But the idea was the same – the warp and weft threads were intertwined to create the fabric.

One of weaving techniques

The first weavers didn’t use any special tools, just a stick to fix the beginning. They interlaced the threads by hand.

Later, the weaving techniques developed and the first tools were invented. It was much easier to use a wooden frame and then a simple weaving loom. At first, a backstrap loom appeared, then a vertical weaving loom, and later, a four-post loom. 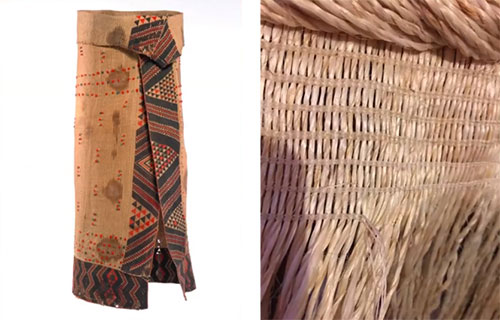 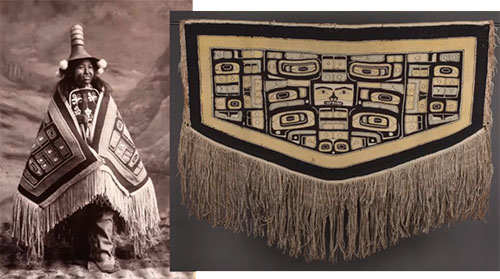 More about the craft of weaving and different weaving techniques you can read here:

The "Ancient knit coif from Denmark, the Bronze Age" was NOT knitted. It´s sprang!!!!

Thank you so much for the correction. We appreciate your help))
Quote
#1 Beatrix 2020-09-26 16:02
The "Ancient knit coif from Denmark, the Bronze Age" was NOT knitted. It´s sprang!!!!
Quote
Refresh comments list