Saudi Arabian national dress conforms to standards, traditions, climatic conditions and preferences of local people. That's why Saudis choose traditional clothing, not Western style of attire. Also the Kingdom of Saudi Arabia refers to the Muslim world, and the national costume shows it. Saudi people are conservative in clothing, family relationships, religion and way of life in general.

It consists of an ankle-long shirt called "thawb", a long cloak called "bisht", and a headdress (a skullcap called "kufiyyah", a large square of cotton called "ghutra" and a cord circlet called "igal").

A thawb or thobe is a long loose shirt made from cotton. It has long sleeves. The color of a thawb is usually white because they are worn in summer. In winter Saudis wear colorful wool thobes.

The national outerwear of the Kingdom of Saudi Arabia is a cloak. It is called "bisht". It is worn over the thawb. Very often a bisht is used for ceremonies and festive occasions. It is made of wool or camel hair. Earlier Saudis used to wear bisht for travelling and use it as a blanket at night. 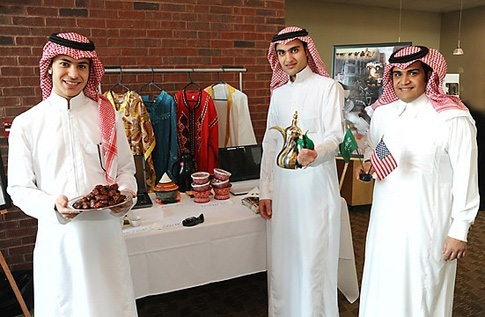 The headgear of Saudi Arabia covers the head from hot sun. It consists of 3 parts: a kufiyyah (a small white cap), a ghutra (a large square cotton or silk cloth, usually white or red with checkered pattern), and an igal or agal (a cord, usually black, worn doubled; it is used to keep the rest parts of headdress together). The end of a ghutra can be draped across the face to protect it from sandstorms.

It consists of a long dress, an outer cloak called "abaya", and a scarf called "shayla". Saudi women always cover their body, sometimes they leave only face and wrists uncovered, and some women leave only eyes and wrists.

Adv just for you

Looking for a cool and unique accessory? We’ve got wonderful embroidered bracelets for you. Fun fact about these wristbands – the patterns are 100-150-year-old, they’re inspired by Ukrainian authentic garments and textiles (embroidered shirts, aprons, ceremonial and bridal towels, etc). These old needlework designs are turned into hand-crafted contemporary bracelets that can become a cheerful accent in your look. 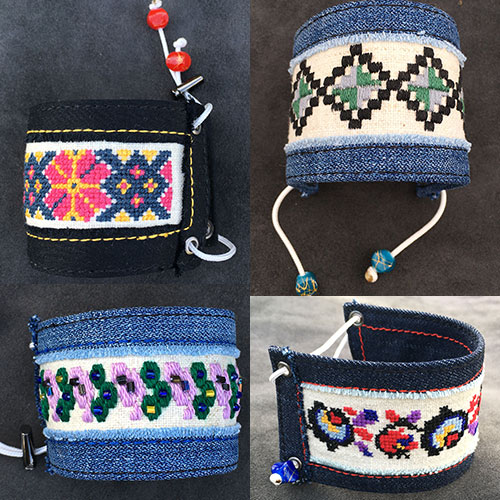 Abaya is always black. It is made from silk or synthetic material. It is worn over a dress which can be either traditional, or of modern style. Traditional dress is usually bright and embellished with coins, sequins, patterns on fabric and other decorative elements. But Saudi women often use Western style dresses of various designs, only abaya should be worn on top. 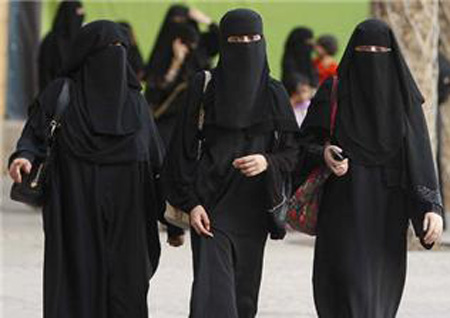 Saudi women also wear scarves called "shayla". A scarf covers the head and hair of the woman. Sometimes they cover faces with a scarf as well. Some women also use veils to cover eyes or the whole face. It is an old tradition to use veils. People wore veils thousands of years ago to protect eyes and skin from hot sun and sand. Later it became a symbol of modesty and chastity. There is a veil called "boshiya", it is black and light, and it is worn across the lower part of the face. This piece is world famous.

Jewelry plays a great role in the life of Saudis. There is a tradition for men to present their wives with jewelry on important days (wedding, birth of a child etc.). Jewelry brings to their owner not only esthetic pleasure, they also show the social and economic status of a person. People got used to keep their wealth in jewelry, not in banknotes. That's why they wear both ordinary jewelry (necklaces, rings, bracelets, earrings etc.) and precious decorations on clothes (coins, tiny golden or silver bells and similar embellishment). Jewelry in the Kingdom of Saudi Arabia is made from silver, gold and such gems like turquoise, pearls, garnets, amber and coral.