The craft of felting. A lot of folk garments around the world are made using felting technique

It is said that felting is one of the oldest techniques to produce fabric. And it is among the most odd-looking materials either. Some countries – like Central Asia – have a centuries-old tradition of making and using felt in the national costume. But this fabric is still fashionable and popular these days – both folk clothing artisans and fashion designers like felt and widely use it to make various clothes, accessories, and décor items. Let’s find out more about the felting process and see some vintage and modern examples.

The wool felt is one of the oldest known textiles in the world. It was often used in those countries with cold climate because felt is very warm and comparatively easy to make. You can have only the basic skill and some experience to produce such unusual-looking clothing pieces. 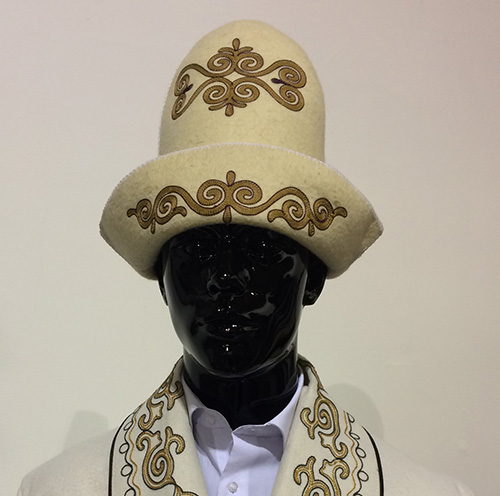 Basically, felting is a process of tangling the wool fibers. The separate fibers of yarn are interlocked to make a layer of fabric. This fabric can be of different thickness – rougher felt is thick, while fine and qualitative felt often is rather thin.

The felting technique was usually used to make footwear, headdresses, bags, outerwear, etc. The fabric is not as soft as silk or cotton, so it wasn’t used for those garments close to the skin.

Vintage winter felt boots from the 1940s. You can see a pair of tiny kid’s boots and a pair of felt & leather boots for an adult. Also, there are several beautiful felt flowers in the photo. Such felt boots were popular in Europe in the 20th century. Even today, they are used in some countries. Felt boots are very warm but not waterproof at all. That’s why they are worn with gumshoes on top.

Even today, felt is widely used by many Asian countries, particularly Central Asia, to make traditional clothing pieces. For instance, Kyrgyz and Kazakh kalpak hats are often produced from felt.

There are 3 methods of making felt: wet felting, needle felting, and carroting. 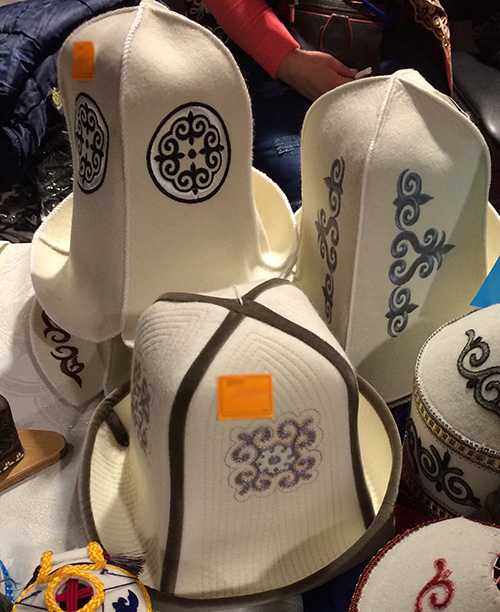 During the wet felting, the craftsmen apply hot water to the wool fibers and beat and agitate the yarn. This felting technique can be used only for animal fibers – synthetic and plant fibers can’t be put into one piece by wet felting. The thing is, animal fibers have tiny scales that help entangling them together. This method is applied to alpaca, Merino sheep, angora, mohair, beaver, and other fibers.

Needle felting doesn’t require water. Special needles are used instead, which can catch fibers and tangle them together while the artisan punctures the yarn again and again. This style of felting helps to create realistic 3D figurines, jewelry, and other non-flat items. It is a very popular handicraft nowadays.

Carroting is a method of making felt that isn’t in use anymore. It was practiced in the mid-17th – mid-20th century to produce hats. During the carroting process, the animal skins were influenced by mercuric nitrate (a very toxic substance), which gave the fur its orange color. Then, the fur was separated from the skin and tangled together to make felt. This dangerous felting style caused illnesses for both craftsmen and wearers of the hats. 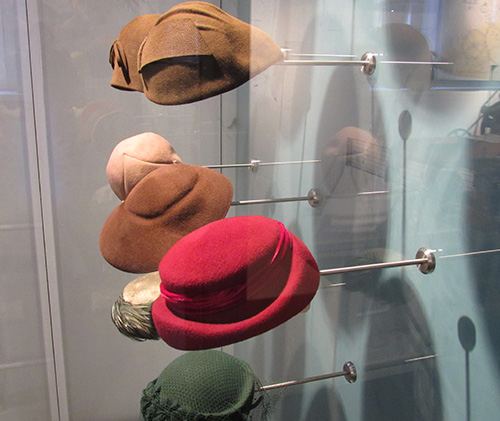 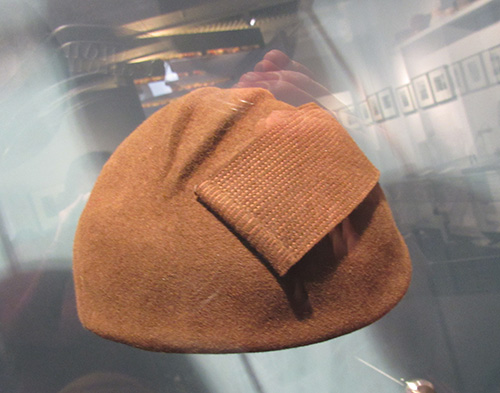 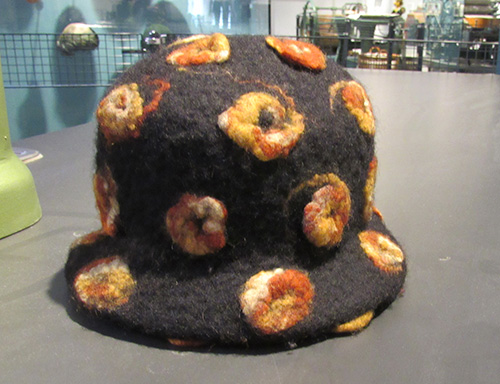 Modern use of felt

Felt is an interesting fabric, a bit weird-looking. So it is rather popular in modern time. Even those countries around the world that don’t have the traditional felt clothing pieces in their culture use felt to make modern fashionable outfits. Many fashion designers practice producing felt clothes and accessories.

People have always loved felt because it is warm, natural, easy to work with, and good-looking.

But felt is used not only to sew clothing but to make décor elements, furniture, toys, blankets, Christmas decorations, carpets, etc – there are so many ways of using felt. For example, there are exquisite couch cushions and poufs shaped like river or sea stones. They look amazing and are really cozy. 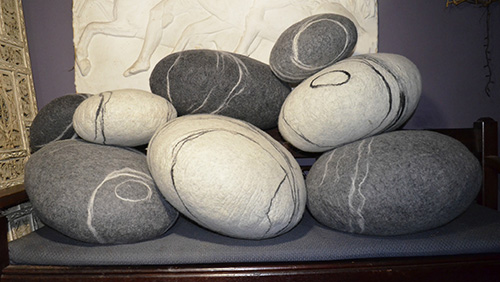 These so-called “felted stone cushions” give a new life to the traditional felting craft, making it modern, stylish, and designer stuff.

You can buy felted stone cushions right now. A small sofa cushion costs only $28, while the price of a large pouf is $308. 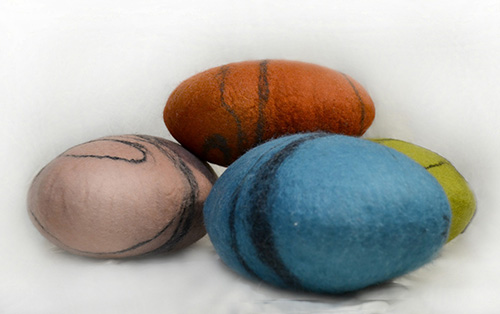