This headdress is a symbol of Saudi Arabia. The local men wear it with pride and know its history and cultural importance. It’s not exclusively Saudi Arabian but very typical for this country. What can possibly be interesting about it? Actually, a lot of things. Let’s find out more about gutrah and other accessories worn with it, learn some rare and fun facts about this headgear, and explain why gutrah is so important for Saudi men.

So, this headdress is extremely popular not only in Saudi Arabia but also all around the Middle East. It has many various names, like gutrah (also spelled guthra or ghutrah), keffiyeh (kufiya or chafiye), shemagh, cemedanî, ḥaṭṭah, mashadah, dastmal yazdi, etc. Though, Saudi people usually call it gutrah or shemagh.

A gutrah is a square cotton headscarf wrapped around the head. In Saudi Arabia, this scarf is traditionally white or checkered. A red checkered pattern is very popular and can be often seen in the streets. Although, other colors of fabric can be used as well, especially by different ethnic groups and tribes. 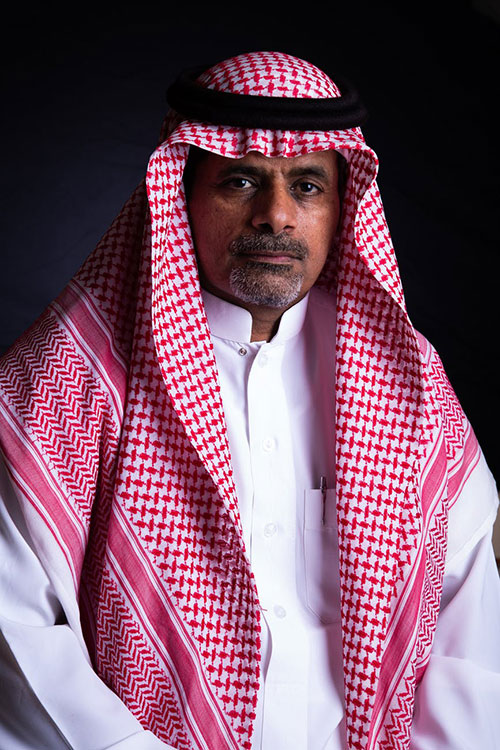 Interesting opinion! Some people think that a red&white checkered print, so beloved by the Saudi today, originally isn’t from Saudi Arabia. They say that it was brought to the country from Europe only several decades ago. It’s not a proved fact, but it’s true that we usually see plain white gutrahs on men in the old photos (more than 50-year-old photos).

Originally, gutrahs were usually made from cotton. Today, such fabrics as thin wool, acrylic, and nylon are often used. But, of course, they aren’t as comfy as cotton for the local climate.

This headdress is used only by men and boys in Arab countries. Women never wear it.

There are different ways of draping this headwear, but most often, it is kept in place by a special accessory called “agal”. It is a thick black cord, doubled, worn as a headband. By the way, traditionally, the agal was a useful accessory, not just a simple adornment. Men used it to padlock the camel's leg, as in the Middle East, camels were the means of transportation and status animals for a long time. They were expensive and people watched them carefully to avoid animals running away. Also, if you lost your camel in the desert, you wouldn’t survive on your own. So, an agal was a super useful accessory.

But there are styles of wearing a gutrah that don’t require an agal. The ends of the cloth are tied in a special way to keep the whole construction firmly in place. 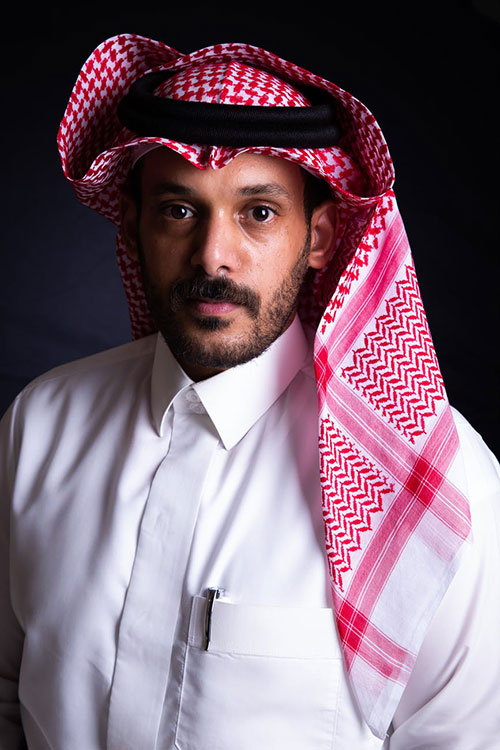 A man needs some skill and experience to drape the gutrah correctly and retain it on his head during a wind or different activities, like running. The headdress needs to stay and feel comfortable on the head at all times. That’s why men often use a special skull-cap called “taqiyah” underneath their gutrah. This cap helps to keep the gutrah from slipping off. Also, it is very light and breathable.

In the Arab world, it is typical for men and women to wear some headdress because of the hot sun that can cause sunstrokes and sand storms that happen on a regular basis. You need to cover your head and face with some cloth to protect yourself. So, this headwear isn’t a religious symbol, it was used long before Islam came to this land. But gutrah is not only the means of protection, it is a cultural symbol of affiliation, honor, and tribal identification. And, of course, it is an integral part of Saudi Arabian male national attire.