History of textile. What fibers were used throughout millennia to make fabric?

Our ancestors learned how to make fabric long ago. Of course, they produced only natural fabrics, but if you think they couldn’t make really exquisite cloth and didn’t know how to use various mixes of fibers, think again. The history of textile goes back at least 8,000 years. And this history is magnificent, with plenty of turns and twists, interesting events and wonderful inventions, new beginnings and old traditions. Let’s find out what fibers people learned to weave into the fabric and when.

Many centuries ago, people usually didn’t use raw wool fibers to make clothes. They just took animal skins, processed them, and sewed garments and various household items from those skins. Only later, when cattle breeding became widespread, people learned to use wool as a material for weaving.

Fun fact! Some communities around the world didn’t get the wool from sheep shearing but just gathered the hair left by wild goats on the rocks and bushes. For example, some Native American tribes did so. 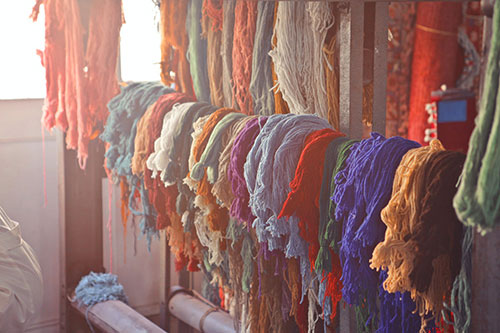 If to talk about weaving from wool, not just any wool can be used. The hairs must be long enough, thin, and soft so that they could be spun into yarn. Throughout our history, humans tried to make the fabric from various wool, and in the end, it was proven in practice that sheep, goats, and rabbits of certain breeds give the best wool for weaving. Also, there are some local animals whose fur can be used as well – alpaca, llama, camel, and yak.

Wool is a handy material for clothing production because it is pretty easy to get (you don’t have to grow it, like plant fibers), easy to work with, can be dyed with natural dyes, and is durable. Even in the 21st century, people still widely use woolen fabric. Wool can be woven into the fabric of different thickness and softness – from coarse and scratchy cloth that fits only for outerwear to fine fabric that can be worn directly on skin.

Archaeologists often find the remains of ancient woolen cloth at the sites. It’s hard to tell whether there were more woolen garments than textiles made from plant fibers or this material simply survives better in the soil because it decays slowly.

Interesting fact! Before the modern waterproof synthetic fabrics were invented, people used wool as the most waterproof material. Of course, they greased or oiled it to achieve the needed quality.

Before people started to use various plant fibers to make clothing, they learned to weave baskets, matting, fishing nets, and similar pieces from tree bark and reed.

Fun fact! The oldest known garment woven from plant fibers is a skirt found in Armenia. It is made from straw and dated around 3900 B.C.

Many ethnic groups around the world, particularly in Asia, both Americas, and Oceania, used to weave their traditional outfits from tree bark and leaves of plants.

Another plant widely used to make clothes before people started to grow plants purposefully to get their fibers and weave cloth is nettle or ramie (Chinese nettle). By the way, feel free to read more about ramie cloth here: Korean traditional Ramie Cloth weaving. One of the most complicated and hard-working crafts in Korea. The fabric made from nettle was most popular in Asia.

The earliest pieces made from linen fibers are fishing nets found in Switzerland. They are dated 6-5,000 years B.C.

Flax plant was grown in Egypt and the Middle East since appr. the 4th millennium B.C. And this fabric was considered expensive and luxurious by the locals. 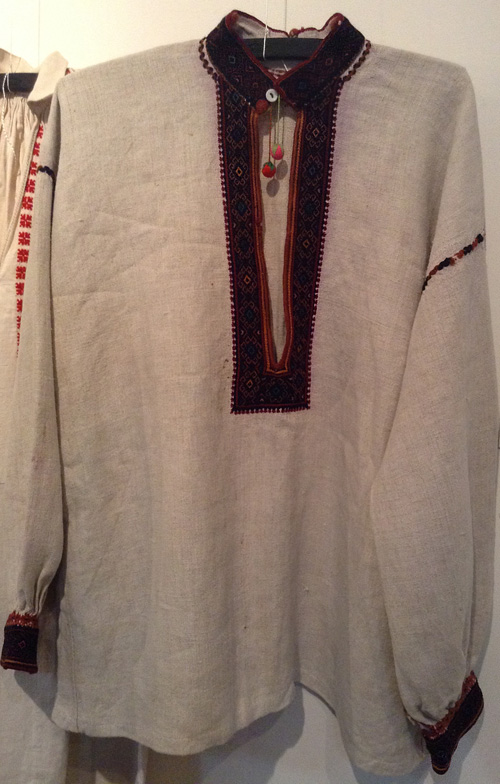 Here’s an article about growing and processing flax to get the fibers: How to make linen fabric from flax.

Linen is a nice material because it is cool to the touch, soft, and fits perfectly for underwear (meaning vintage items – chemises, shifts, etc) and garments worn close to the body. Though, this fabric is hard to make, it dyes not really well, and it isn’t very durable.

These plant fibers were first used in weaving in China around 2800 B.C. People made ropes of hemp. And later, started to produce hemp cloth. It is a bit coarser and thicker than linen, but still, it is pretty handy. And hemp has been used until today in the clothing industry. 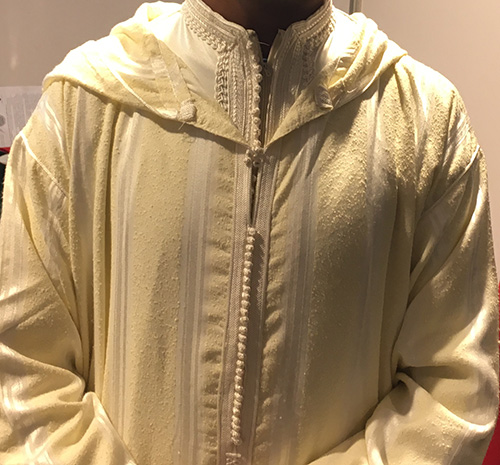 This plant is very demanding in cultivating, so it grows only in certain climate conditions. Because of it, cotton was rarely used in Europe up until the 18th century – Europeans had to import it and the cotton fabric was expensive. Though, this cloth was known in Europe since the 14th century.

This fabric is comfortable, soft, and easy to work with. Garments made of it are perfect for hot climates and breathable.

It first appeared in China in the 4th millennium B.C. This fiber is made from the cocoons of Bombyx mori caterpillars. At first, it was banned to export silkwarms from China, but the production of silk spread throughout the world anyway.

This fabric has always been considered expensive and elite. It is thin, delicate, and soft, so people have always loved it. Silk dyes well and survives long, even under the ground, in burials, etc.

Silk weaving in India. How Chettinad silk sari is made

Other fabrics from plant fibers

There are some other plants that can be used to make cloth. For example, bamboo, lotus, hibiscus, pine needles, etc. But such fabrics are rare.

And, of course, there are fabrics made from a mix of materials. Such cloth isn’t a modern invention, different mixes were widely used in all times. For example, underwear could be made from a combination of linen and hemp to make it cheaper. Silk could be mixed with cotton or with wool. Many different combinations were known to our ancestors.

Also, patterns on the fabric could be woven with the threads of another fiber – silk pattern on cotton cloth or wool pattern on linen, etc. 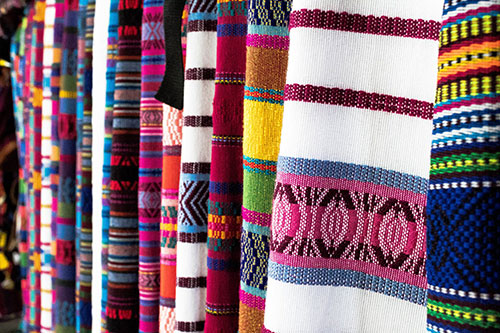