Medieval hood and late 15th-century chaperon. What do they have in common?

The medieval period in the history of traditional clothing plays a very important role. Some of the most odd and unusual garments were created in the Middle Ages. And also, a lot of handy and great inventions regarding clothes, headgear, and accessories are originated from the same time. In this article, we’d like to talk about two common medieval headdresses – a hood and a chaperon. What is the difference between them? How did people wear these hats? And, by the way, who exactly wore them? And why we even look into both these items in the same material?

We see hoods in the medieval period in all the illustrations. They're, basically, everywhere from the highest to the lowest status. And they are quite an interesting item of clothing. Obviously, people wear hoods these days, but what they often don't have is the cape associated with it, this woolen cape that goes over your shoulders and adds another layer to the top of your body.

A deep woolen hood with a cape that covered the shoulders is one of the traditional headdresses in medieval Europe. These hats were extremely popular. 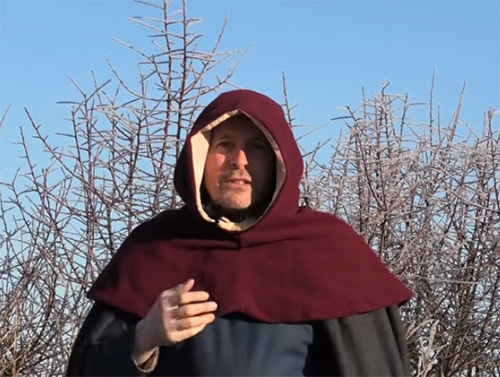 The hood could be a little bit rainproof as well, but, in particular, it keeps your body very warm. When you don't need the hood up, you have it down and that's fine, but, obviously, when you pull the hood up, it creates a sort of warm enclosed area. When it's windy, you don't really get wind on your face too much.

The problem with this when you're riding or when you're working is you don't have much peripheral vision. So, this would be ideal if you were trudging through the ice and snow to get somewhere – just put your head down and keep going. But when you're actually working, you have to do something else, which is – you have to kind of roll the hood back a little bit on your face. And we see this in illustrations of the time as well. What that does is, it actually makes the hood sit quite close to your face and it keeps you very warm. While your face is out a little bit and the wind can blow across it so you get a cold nose and stuff, but the thing sits quite snugly against you and you get much more peripheral vision. 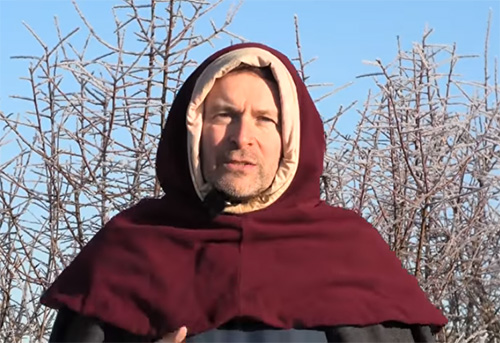 So, does the act of rolling your hood back happen to be the beginnings of the origin of another kind of medieval hat? Let’s find out.

Imagine, you're in a warm environment and you want to keep your hood with you but it's too hot to wear it. So you take your hood off. And then what do you do with it? Well, you can throw it over your shoulder, you can tuck it into a belt… But what if you want to be a little crazy and you want to wear it the wrong way around. A lot of people, it appears, were rolling the hood up and put it on their heads, thus creating the beginnings of a new kind of hat – the chaperon. And this modification became incredibly trendy. This becomes an important item of fashion. 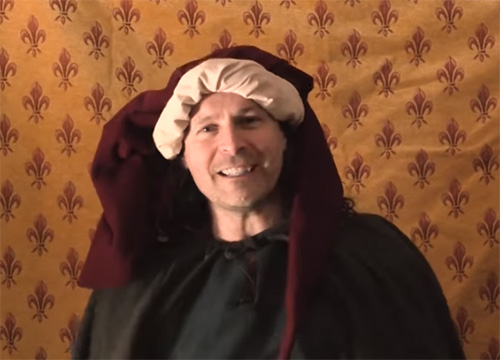 The chaperon was a form of hood worn in all parts of Western Europe in the Middle Ages. At first, it was a utilitarian garment but became a high-status hat later. It had a decorative tail behind called a “liripipe”. 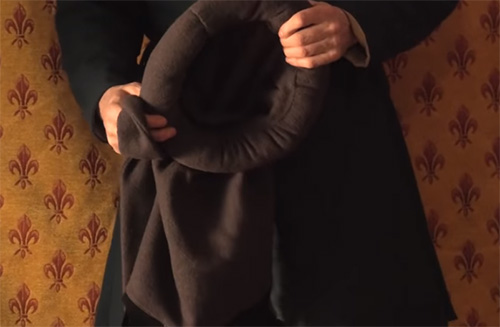 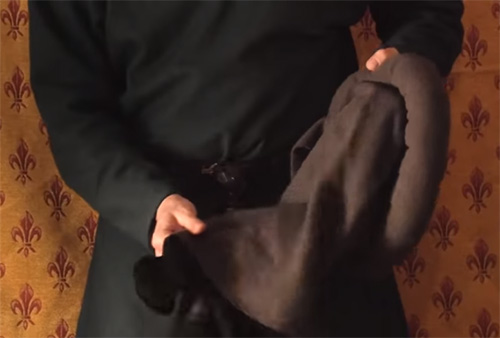 The chaperon is cut and finished to look snazzy and exciting. The hood, complete with the liripipe and the bit that your neck would go through, turns into this headdress – a late 15th-century chaperon. 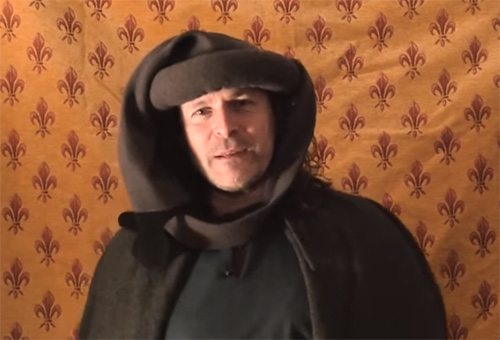 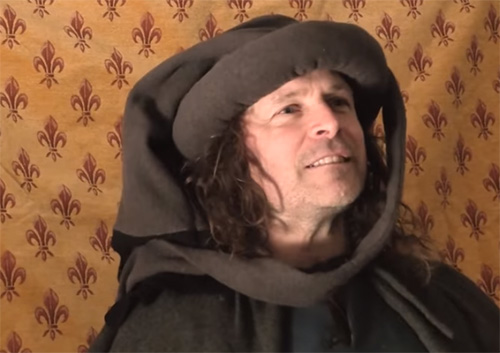 It is exactly the same piece of clothing, just slightly modified and worn differently. This was incredibly famous, it is a high-status hat. And it was being custom-cut to look like a better hat, but this chaperon is actually a medieval hood worn backwards.

Where can I buy this?

You can contact one of the YouTube Chanels “Modern History TV” or “Платье, пудра, пара ножниц” (here’s an article that shows their hoods: http://nationalclothing.org/799-medieval-chaperon-or-hood-interesting-facts,-modifications,-and-designs.html). They might make a chaperon for you.
Quote
#1 Sir Galahad 2021-02-20 22:36
Where can I buy this?
Quote
Refresh comments list