In the 19th – the beginning of the 20th century, European and American women of the middle and upper class wore at home beautiful, stylish, and costly garments called “morning gown” or “peignoir”. This underwear piece is popular among many females today as well, but it has become something ordinary and easily available, while the ladies from the 1800s saw a peignoir as a special garment, an indication of their status and wealth. These morning gowns looked really charming and attractive.

A peignoir is a curious garment. It’s underwear and outerwear at the same time. Basically, it’s a long delicate robe worn over the underpinnings. Women loved peignoirs because they look wonderful and are comfy.

Morning gowns were very popular in the 19th – early 20th century among the high-class ladies. They were produced from expensive sheer fabrics, like chiffon or the like, and embellished with lace, embroidery, openwork, whitework, etc. Sometimes lots and lots of lace.

Fun fact! The word “peignoir” comes from another French word “peigner”, which means “to comb the hair”. And that’s because women were dressed in a peignoir while brushing their hair in the morning or evening.

The 19th-century or early-20th-century peignoirs were such stylish and special garments that they often had matching long gloves, turbans, or stockings made from the same fabric and decorated in the same manner. The thing is, a peignoir wasn’t actually an undergarment, rather it was something between the underwear and the main dress. A woman could wear it at home while other people saw her, not only her husband or other close family members but also her visiting guests or female friends who lived with her. Though a peignoir was sheer, it still was considered a robe and worn over the underwear.

The design of these 19th-century and early-20th-century morning gowns was diverse, often according to the latest fashion. But it was usually a long transparent or semi-transparent open robe with long sleeves and belted at the waist.

Here are two vintage examples of peignoirs from the early 20th century. They are totally lacy and transparent.

Morning gown (peignoir) worn by woman of upper class at home, Ukraine, 1904-1907. It has a matching sheer turban. A petticoat is visible under the peignoir 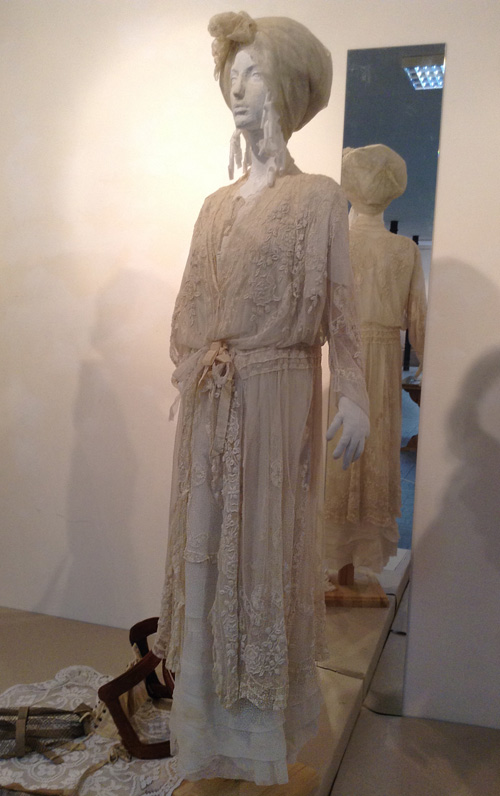 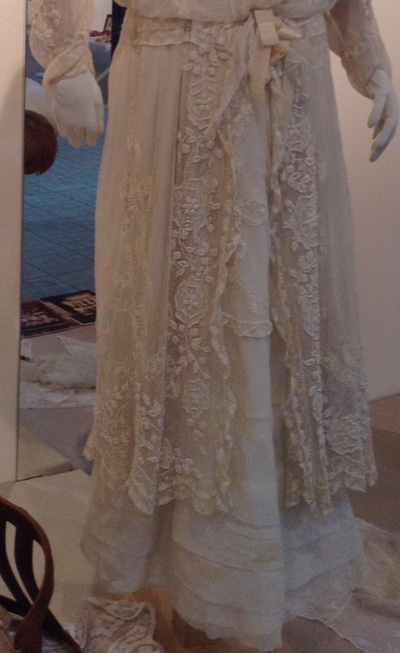 Morning gown worn by woman of upper class at home, France, 1900-1905. The peignoir is made from lace and the belt from moire ribbon. The set also includes a sheer headdress and long gloves. You can see frilled undergarment underneath the peignoir 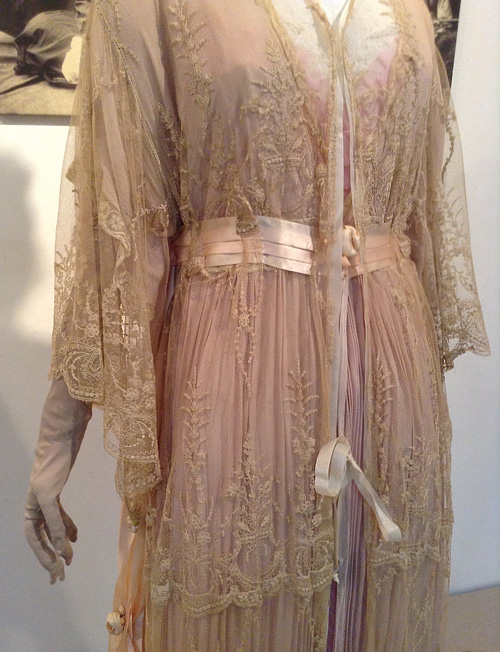