A medieval chaperon is a very practical and handy accessory. It’s a pity we don’t use it these days, as this garment looked cute and protected the wearer’s head, neck, and shoulders perfectly. This headdress was possibly one of the most functional headpieces for bad weather. Sure thing – it was invented in the Middle Ages, a period when the climate on our planet was a lot colder than today, so warmth was everything for people. Let’s see what cut was typical for a chaperon and how it was modified through the years.

The article is based on the video by Natalya Skornyakova: .

So, this particular headwear was called “chaperon” in France, “hood” in England, “gugel” in Germany, and “cappuccio” in Italy.

In the early medieval period, the cut of a chaperon was rather simple. It consisted of two identical halves + 2 small inserts to make it drape better on the shoulders. The headpiece looked like a monk’s hood. 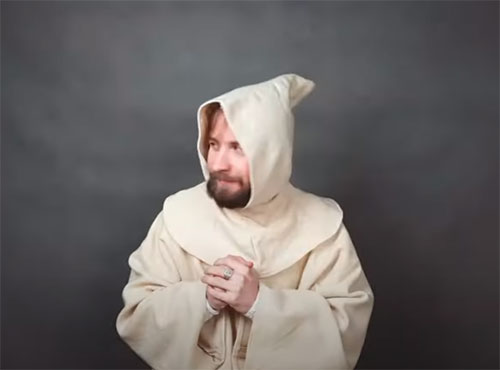 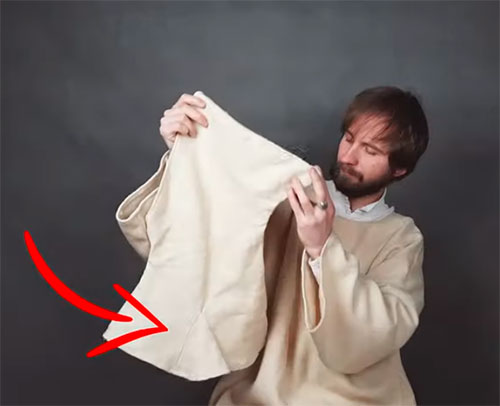 In the 14th century, the design of a chaperon became brighter and more eye-catching. First of all, in that period, fashionable clothes often consisted of two parts dyed in two different colors. 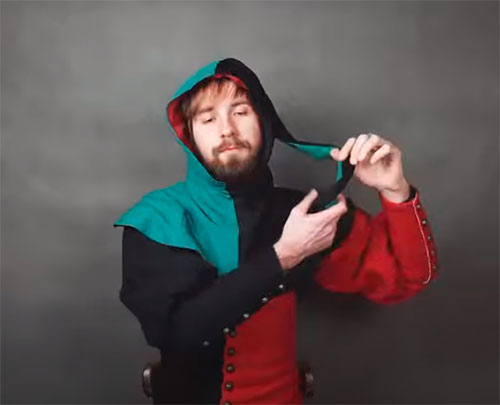 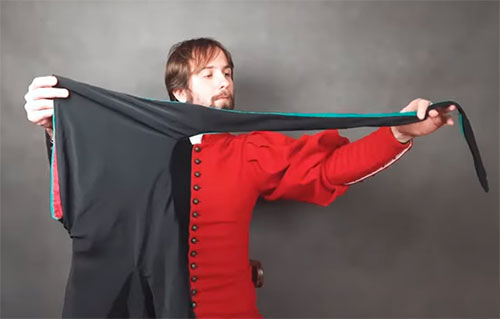 But also, there appeared a new charming detail of a chaperon – a long tail attached to it at the back. It was called a “liripipe”. The liripipe could be wound around the neck or forehead or it could be just tied in artful knots that hang at the wearer’s back. This added some charm to the appearance and the liripipe wasn’t dragged on the ground or caught on things while the person walked.

By the end of the 14th century, a liripipe became even more elaborate – it was cut in various intricate shapes. Such chaperons looked more ornate and sophisticated. But, of course, not every fabric could be used to create these artful liripipes – it should have been fine thin woolen cloth not suitable for making a fringe. Otherwise, the shaped border wouldn’t last. 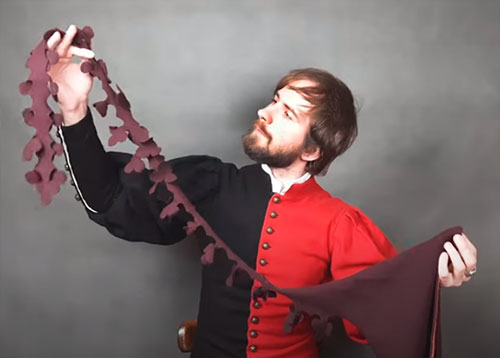 Another modernization was the buttons. When people started to use them on a chaperon, they didn’t have to put on the hood over their heads anymore, so the hairstyle was safe.

But the most unexpected and curious metamorphosis happened with the chaperon when someone came up with the idea of putting the head through the wrong opening. In the end, the liripipe appeared at one side of the head and the usual opening for the head – at the other side. And the chaperon turned into something even more weird and eccentric. 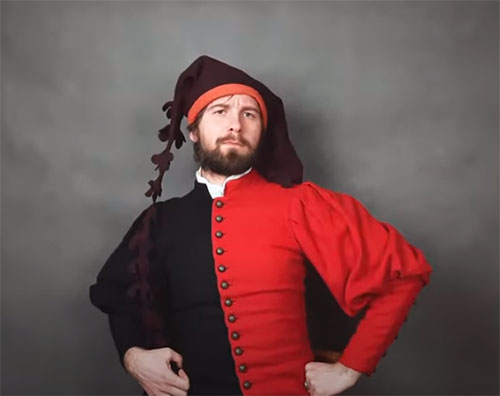 Soon, the cut of a chaperon changed so that it could be worn the new way – with the head through the ex-opening for the face. 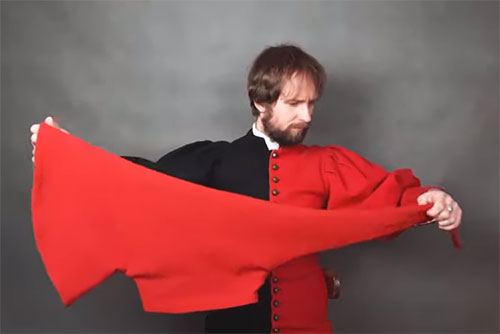 Also, the edge of this chaperon around the forehead was rolled up. At first, just once, but after some time, men started to roll it up so much that this roll got bigger and bigger. Tailors even started to make such rolls as a separate piece worn with the headdress.

For example, this is a replica of a chaperon from the mid-15th century. It has a large and thick roll around the forehead and a cute decorative liripipe and ex-opening for the head which turned into another decorative element. 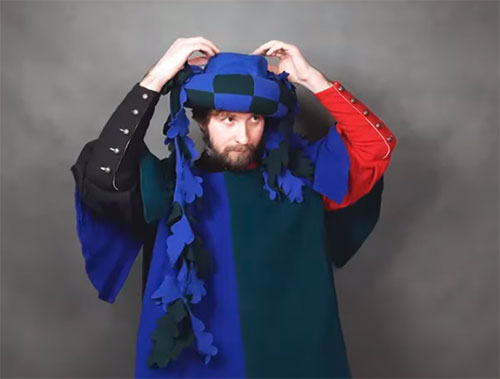 A chaperon is a wonderful medieval headpiece with so many lovely and odd designs, cute decorative elements, and various ways of draping all this fabric. This headdress is definitely worth remembering and admiring. And now, you can look at medieval paintings and recognize different chaperons on people’s heads.