19th-century ladies wore bird hats adorned with awful stuffed birds. This led to near extinction of some wild birds

This was a horrific page in human history. We can’t say that similar cruelty doesn’t happen today, but what bird hunters did to millions of wild birds in the late 1800s is unimaginable. And 19th-century ladies, fashionistas of the time, gladly wore intricate hats decorated with bird’s wings or even whole bodies of dead birds, mice, lizards, etc. In the late 1800s, taxidermy became commercially popular because thousands of high-class women wanted dead animals on their headdresses.

The roots of this bird hats madness lie in the early 19th century. But at the time, it was a new fashion trend and women mostly used separate feathers to decorate their hats or hairstyles. This can be seen in the early-mid 1800s.

In 1870-1885, hats became more elaborate and extravagant. Hat makers started to use whole bird’s wings or even bodies of birds to embellish women’s headdresses. They sometimes made artful compositions made from dead birds, mice, reptiles, tree branches, leaves, flowers, etc. People sort of tried to reproduce the original environment where a particular bird lived but on a hat. Of course, it looked impressive and a lot of fashionistas dreamed about such extravagant headpieces.

Women’s accessories, the beginning of the 20th century. Two stuffed birds and a bird’s wing. Such accessories were used to decorate hats, hairstyles, and clothing

To use dead birds in clothing and keep them in appropriate condition, hat makers needed to preserve them somehow. And that’s when taxidermy became handy. More and more professionals in this area appeared and quickly improved their skills. There was a high demand for this profession in the late 19th century. The consumers and hat makers wanted the birds on their headdresses to look almost alive and sitting in spectacular positions (with outstretched wings, dancing, in movement, a pair of lovebirds sitting together in a natural pose, and so on), which needed a lot of skill and intricate hidden wire frames to hold everything together. 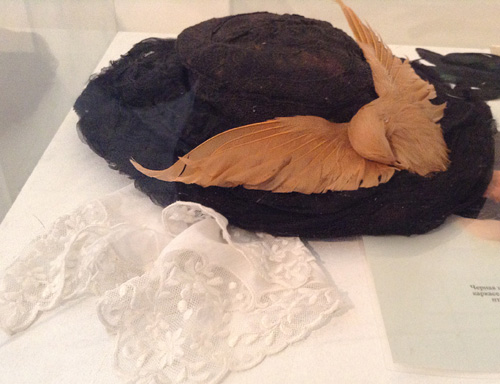 Vintage women’s hat from Czechia, 1895-1900. The hat is made from black chiffon and has metal frame. It is decorated with a large stuffed bird with outstretched wings

Women practically went crazy for such elaborate hats. But the sad thing about it is that millions of wild birds suffered painful death and tortures because of this fashion trend. Bird hunters caught and killed so many birds that some species almost were extinct. Also, they hunted birds when their feathers were at the prime, which means during mating and breeding season, so such birds didn’t leave offspring and those babies who were unlucky enough to be hatched died from hunger without their parents. Sometimes, hunters cut off only the wings and left birds to painfully and slowly die. 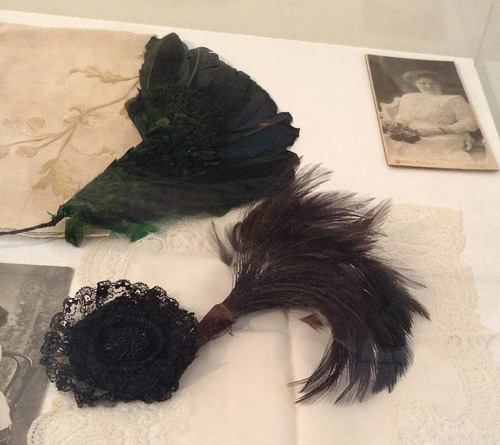 Female accessories from the early 20th century. Bird’s wing and osprey (made from fabric, lace, and feathers). Such accessories were used to decorate hats and hairstyles

When people, at last, realized what harm they caused to nature, there appeared several organizations who fought against using birds in the clothing industry. A lot of high-class women participated in protests against bird hats instead of buying them. But the process wasn’t quick. You can imagine how many people were involved in making bird hats, so it wasn’t easy for the industry, society, and governments to give up this trade. Thousands lost their jobs. So, it took several decades before bird hats production was banned. It happened only around the 1920s. But decades after the disappearance of the mass production of bird hats, the wildlife still tried to recover from human cruelty.