17th-century petticoat breeches – these male pants are so lady-like, it hurts

This style of trousers appeared in Europe in the mid-17th century. A lot of gentlemen wore them with pleasure and joy, though it’s hard to find more lady-like pants. Especially when you see all those colorful ribbons, frills, bows, and other adornments typical for women’s attire. To understand how the whole costume looked like, add to the petticoat breeches a short doublet, stockings, lace-trimmed boots, and a long periwig. What do you think about such a look for a man?

The petticoat breeches were male trousers popular in the 1650s – early 1660s. They were very wide – there were even mentions in books that men sometimes accidentally put both legs through the same pantleg and walked like this for the whole day without noticing. Just imagine how voluminous petticoat breeches had to be. 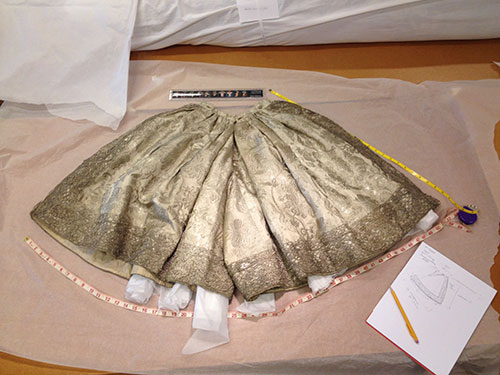 Karl XI’s petticoat breeches from 1669. From the archives of Sweden’s Royal Armoury

The petticoat breeches were used by European men only for 20 years or so in the 17th century, but their popularity is hard to overstate, it was huge. By the early 1660s, gentlemen started to tie the pantlegs at the bottom (around the knee) – this new style got the name “rhinegraves” and was fashionable in the 1660s – mid-1670s.

The petticoat breeches itself probably were rather comfy, being so loose and all. So, the cut wasn’t so bad after all. But the devil is in the detail. These breeches were not only wide, they resembled a skirt by the decoration used to embellish them. For example, there were colorful silk ribbons, bows, loops, frills, lace, fringe, embroidery, and so many other trimmings and adornments. Men looked like peacocks in their eye-catching attire. Add to that other male garments that were used together with petticoat breeches – a short doublet (of course, decorated as richly as trousers), sagging stockings, lace-trimmed shoes or boots, and a long periwig. 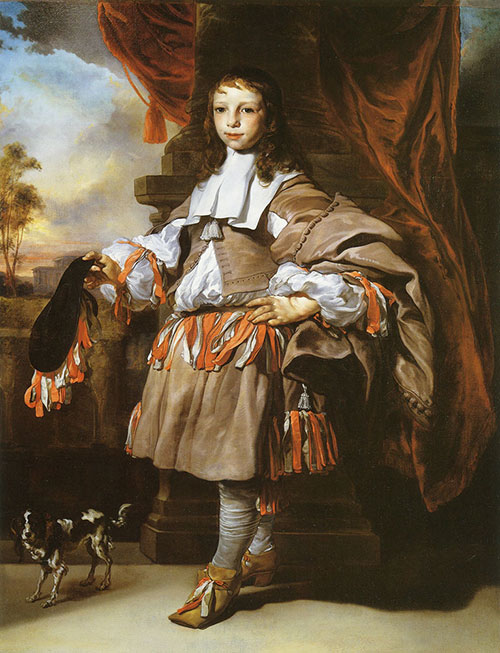 Portrait of a Boy by Jan van Noordt, 1665. From The Museum of Fine Arts of Lyon, France

This is why people often laugh at the mid-17th-century male appearance. They simply didn’t look masculine and macho-like. But what can we say?.. Fashion trends were like this at the time. And in general, it’s good that styles and trends changed during our history, new designs were invented, and people tried something new in their clothing. Unsuccessful trends quickly disappeared, while good trends stayed for decades and even centuries. Some of our modern styles of clothes were invented centuries and even millennia ago.