Funeral fashion. What were people buried in centuries ago?

During human history, burial ceremonies changed again and again. And burial clothing changed as well. On All Hallows' Eve, let’s talk about burial attire used by people during the last several centuries. What did people want to wear to the grave? Where did they get burial clothing? How did funeral fashion change throughout our history? By the way, if you knew you’d become a zombie, would you choose specific attire to be buried in or it doesn’t matter for you?))

In different eras and different corners of the world, there were specific burial fashion trends. People laid their relatives and friends to rest dressed in various garments, from simple shrouds (rectangular piece of fabric to wrap the body in) to elaborate costumes made purposely for this occasion. If we studied each and every funeral fashion tendency in the world, it would take us days to tell about it and miles and miles of text to write, so let’s concentrate on the Western-style funeral clothing this time. And we’ll begin with the 1600s.

In the 17th century, women often made their own burial clothing. In most cases, a wedding dress served as burial attire as well. Why spend more money on clothing if you can reuse your bridal gown?! And also, at the time, a lot of women died in childbirth, so marriage could mean early death for them. We even know for a fact that some 17th-18th-century women laid out the dress they wanted to be buried in before going into labor – if they died, their family would know exactly how to dress them to the grave. 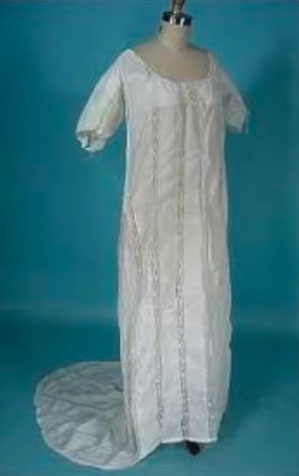 These costumes sometimes survive under the ground for a long time (because even natural fabrics decompose at their own pace – wool survives longer than linen, and so on) and are recovered by archaeologists. Thanks to such finds, we can learn more about the accurate fashion trends and traditions of a certain period. A lot of such recovered outfits are stored and studied in museums all over the world. Especially interesting are garments of the royals and wealthy noble people. Here are just a few examples.

Dress that belonged to Dorothea Sabina von Neuburg, she was buried in it in 1598. The style of this dress is typically Spanish. Today, this outfit is stored in Bayerische Nationalmuseum in Germany. 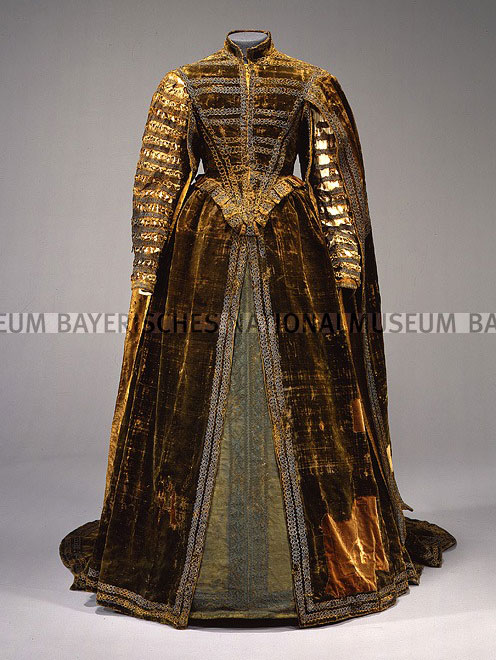 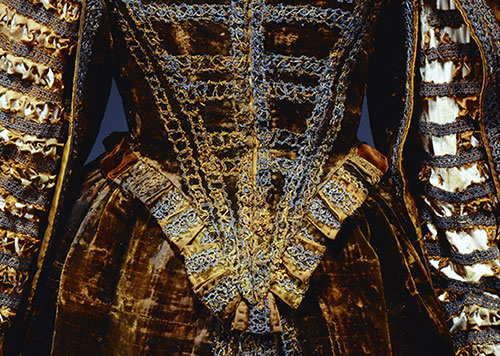 Also, here’s an outstanding collection of clothing recovered from the grave. Over 20 mummified bodies were found in the Basilica of Santa Maria Assunta in Italy in 2003. These are outfits of peasants, poor people. The costumes are dated from the late 17th to the early 19th century. 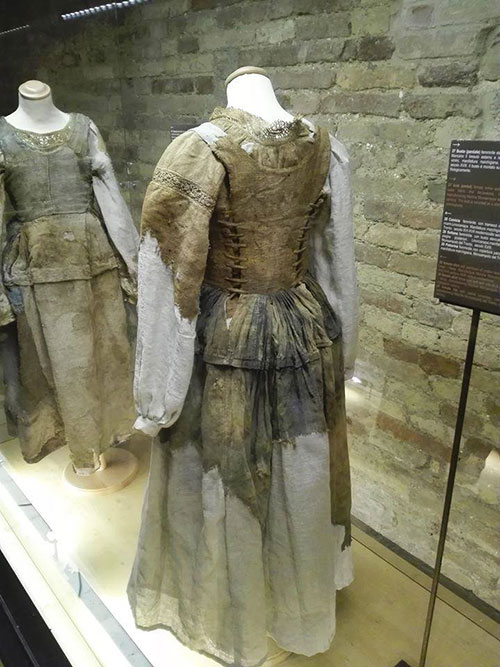 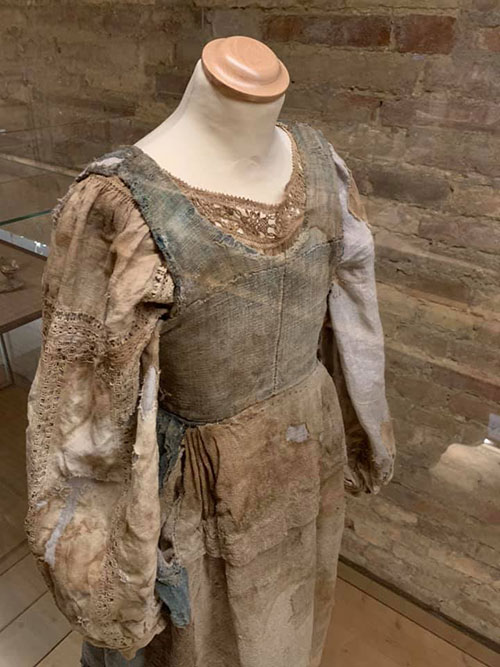 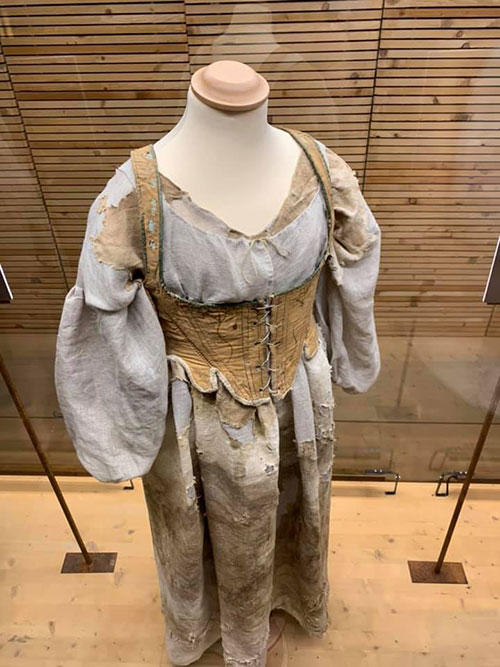 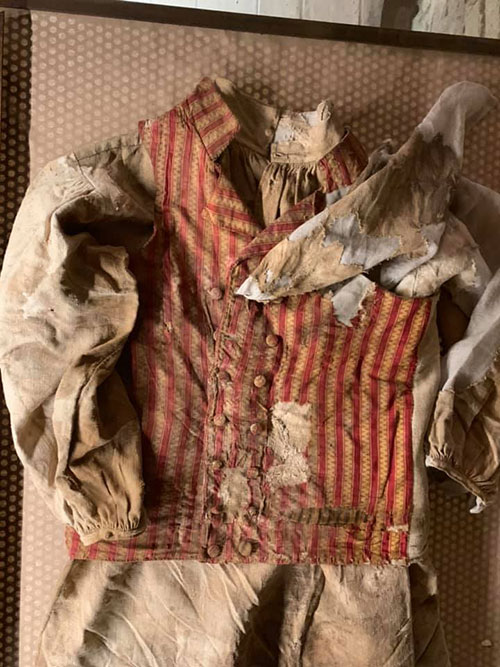 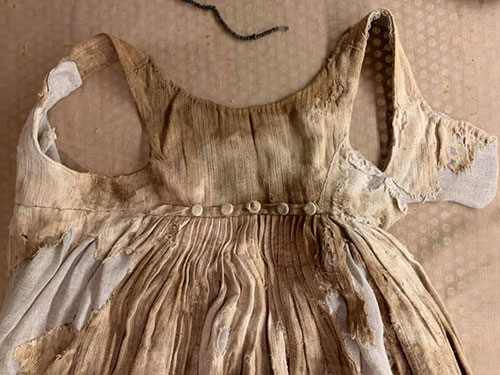 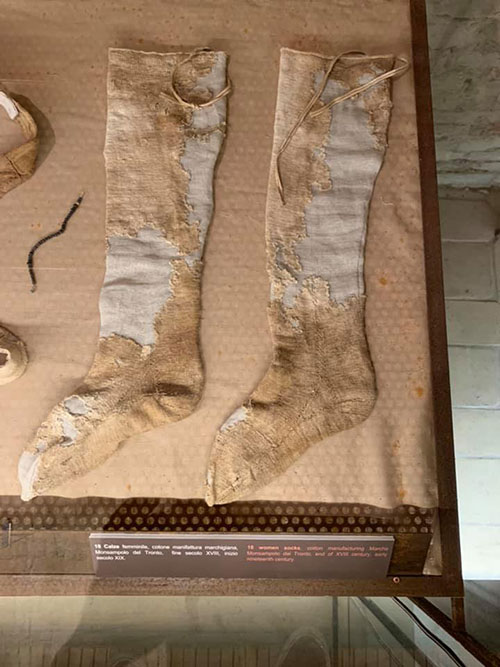 In that period of time, people stored their future burial outfits under their bed, both men and women. And they were often buried in garments sewn decades before the actual death.

In the late 19th century – early 20th century, burial shrouds became very popular. And they were usually industrially-made or sewn by seamstresses who specialized in funeral clothes.

These outfits usually resembled loose dresses or tunics. They could be made from various materials (linen, cotton, wool, cashmere, etc), be available in different colors (though, black, brown, and white were the most common), and sported various embellishments (lace, bows, pleats, quilling, etc). All the garments were of the same size and practically the same design – loose and open at the back from top to bottom. 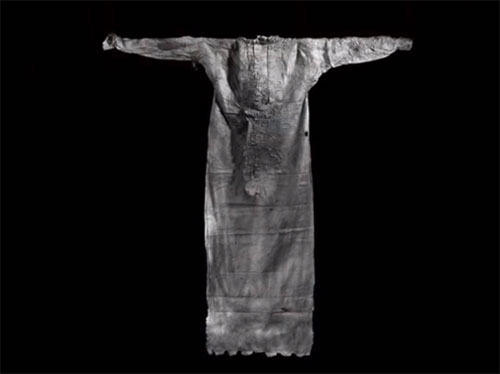 Another curious funeral fashion trend that appeared around that period were sham burial suits. Those were costumes made specifically for the corpses. And they were only partially intact – the part of the suit visible to the mourners was made perfectly, the rest (covered under the shroud or the back of the outfit) was either nonexistent or poorly-made. Such suits were considerably cheaper. And it sort of makes sense – why buy expensive clothing and put it to rot under the ground?! But also, such sham burial clothing was easier to put on the dead body, which made life easier for the family of the deceased.

The recent burial tendencies are becoming greener and greener every decade. A lot of people want the outfits they are laid to rest in to decompose quickly and be eco-friendly so that they didn’t pollute the soil. So, modern funeral clothes are often made from natural instead of synthetic materials. There are even designers who specialize in creating burial clothing. They resemble vintage garments from the 18th-19th century in style, material, and decoration.