This garment looks a bit strange – all that long hairy fringe sticking from the sides and bottom of the apron. But somehow, it fits the traditional Slavic costumes just fine and seems an integral part of the outfit. Where does it occur? In a whole large area of Eastern Europe – Serbia, Romania, Bosnia and Herzegovina, Montenegro, Croatia, etc. But even if you live far from these countries, you can find such vintage fringed aprons in museum collections almost worldwide. Here are some of the examples of authentic Eastern European fringed aprons and some interesting info about them.

In several Eastern European countries, we can find a tradition to wear rug woven aprons with long fringe. They were a part of the regional national costume. And there are many examples of such aprons from the 19th century that survived to this day.

In most cases, they are handmade tapestry-woven rectangular or square aprons adorned with beautiful folk patterns woven into the piece. Sometimes though rare, the shape can be different. The length of fringe varies from short and disheveled to long and neatly folded. We can see the fringe on 3 sides of the apron – two sides and bottom. Besides, the length of fringe can be the same for all 3 sides or the bottom fringe can be much longer, which looks really weird.

The ornaments on these fringed aprons are different, varying from region to region and from country to country. But always, the patterns are traditional and authentic for the area. On most aprons, there are geometric designs, but floral patterns also occur. These aprons are colorful; the most popular colors used are red, black, blue, and yellow.

These traditional aprons are usually worn at the front, over a skirt or a long chemise, but sometimes, they replace the skirt – two fringed aprons are worn at the front and at the back. The apron can have strings to tie it at the waist or it can be kept in place only by a woven belt.

So, here are a few samples of vintage fringed aprons from different Eastern European countries. 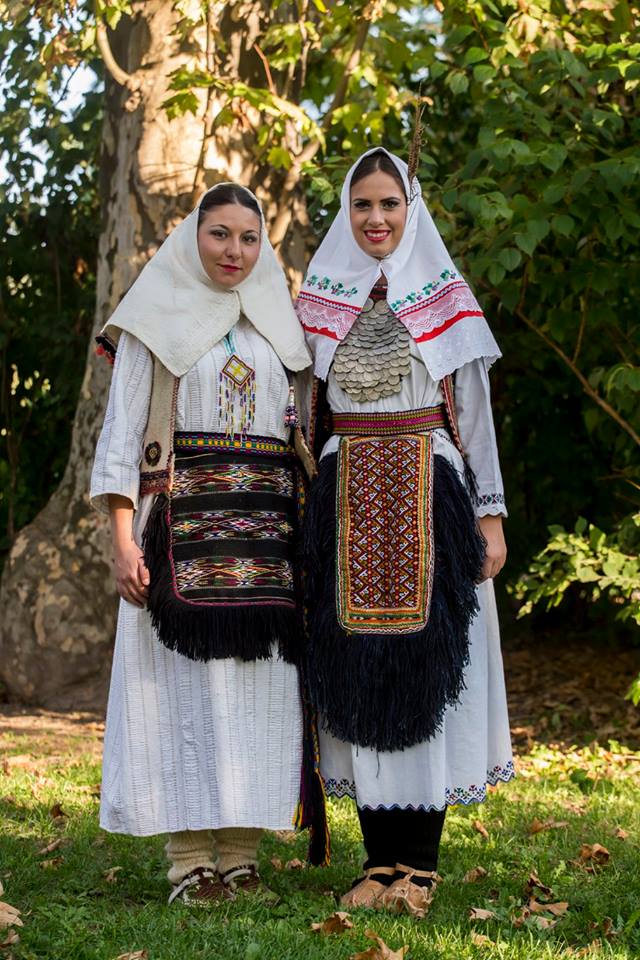 Traditional apron with very long fringe from Romania, the late 19th – early 20th century. Woven from wool, with metal thread. It is stored in The Met Museum in New York 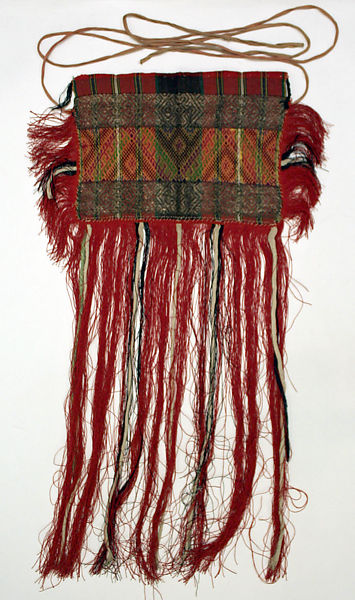 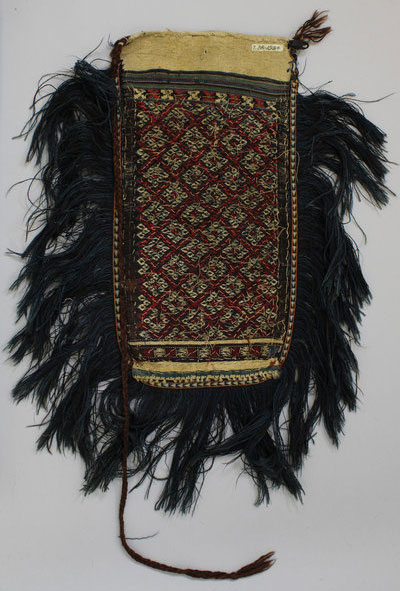 Fringed apron from Montenegro, appr. 1800-1939. Hand-woven. From The Met Museum in New York 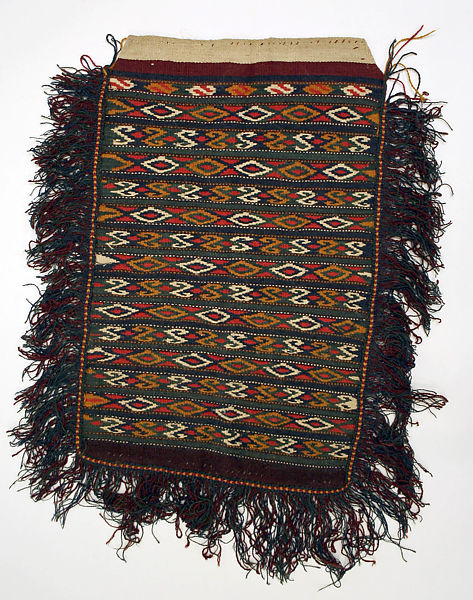 Fringed apron from Hungary, the 19th century. It is stored in The Met Museum in New York. In this case, the fringe is separate and sewn to the body of the apron 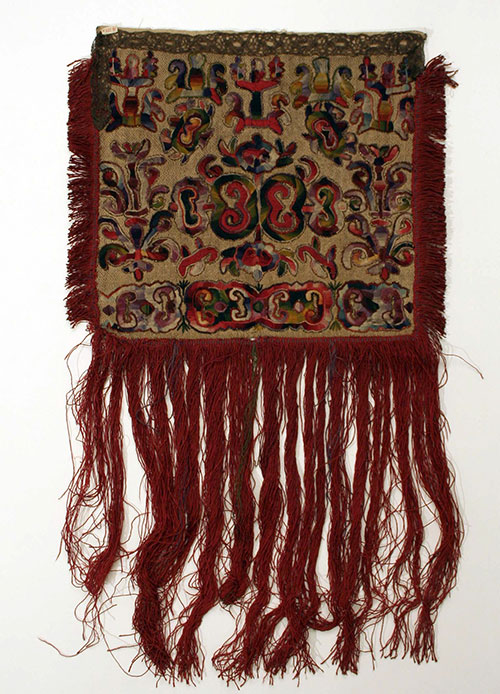 Fringed apron of unusual shape from Macedonia, the 19th century. From The Met Museum in New York 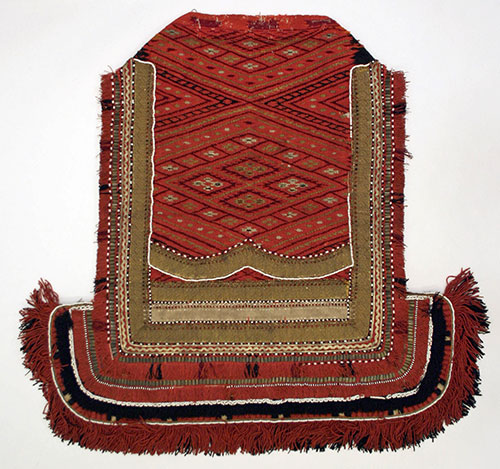 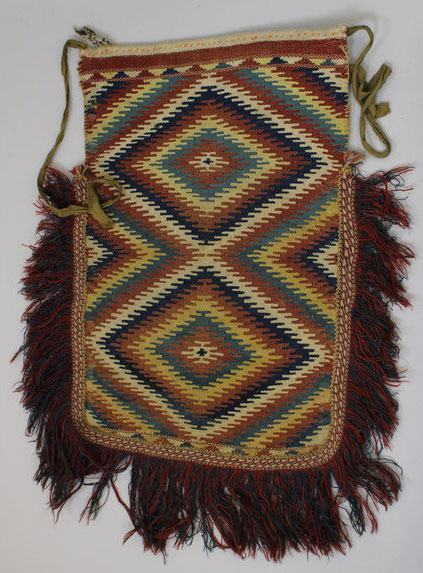 Authentic apron with a lot of fringe from Eastern Europe, the 1st quarter of the 20th century. Woven from wool. It is stored in The Met Museum in New York 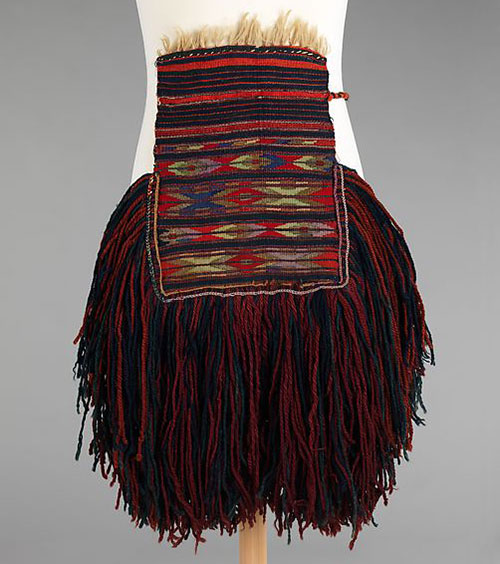