History of jabot. Weird shirt accessory from the 1650s

This a bit weird accessory came into fashion in the mid-17th century. It had a long and fascinating history and went through centuries along with new and new generations. A piece that was created for noblemen turned into something downright feminine and business-like – today, it is seldom seen on male shirts. Though, we oftentimes encounter male accessories or designs that became an integral part of women’s attire: white stockings, high heels, pantaloons, jabot collar – all these items were created for men, but can we imagine men wearing them now? The 16th-18th century in Europe was a truly strange period for world fashion!

A jabot is a unique and unusual-looking accessory attached to the shirt collar. It can be made from lace or fine fabric. And it is, basically, shaped as a frill.

Jabot was a very trendy thing in Europe in the 17th-18th centuries. It first came into fashion circa 1650 and became an integral part of the period male and later female costume. Practically every upper-class men wore a jabot at the time. In France, only men used this accessory, while in Spain, young noblewomen also liked this item in their wardrobe. 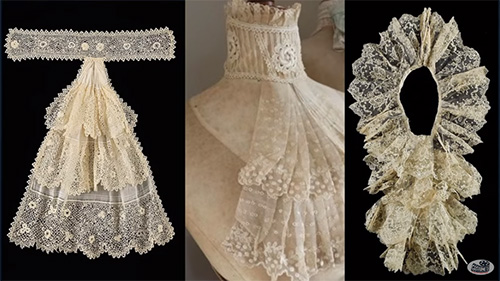 Vintage lace jabots from the turn of the 20th century

Interesting fact! Spanish goatee beard called “espagnole”, which is favored by a lot of men even today, appeared thanks to a jabot. The thing is, it’s extremely uncomfortable to wear a jabot and long beard at the same time – they entangle and look untidy. So, men started to cut their beards short when a jabot became popular.

At first, the frilling of a jabot was sewn to the shirtfront, and then, it was separated into an accessory attached to the neckline. 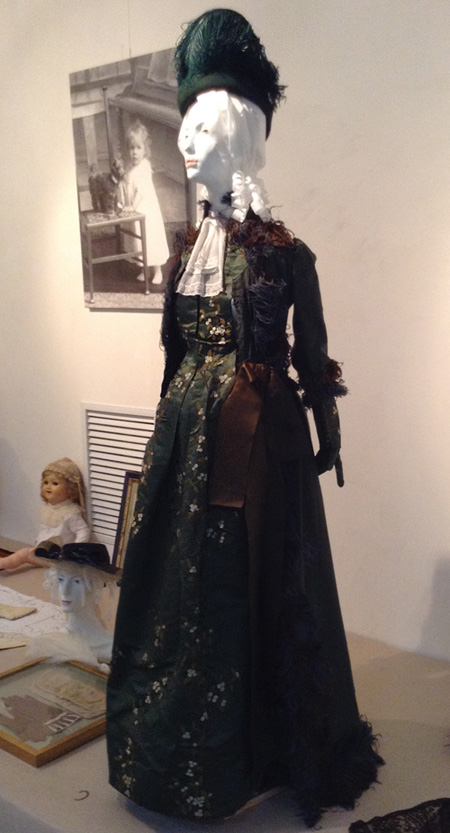 But these pieces didn’t always look the same. There were many different designs, sizes, and shapes of a jabot. Large and small, lacy and made from the fabric, 2 or 3 or 5-tiered, plain and made from several types of cloth, simple and adorned with jewels and different small details, and so on. Most often, you could find white or black jabots because they had a more delicate and sophisticated look. Also, people could take them off and wash, like they did with chemises, collars, and neckerchiefs.

In the 19th century, jabot became a very popular piece – lace or frilled sort of a bib – used by women. They often pinned it with brooches to the shirt collar. Or it could be sewn to a garment. French and English ladies wore jabots with their ball gowns. Later, this piece turned into a businesswoman’s accessory and was paired with a business suit and a shirt. 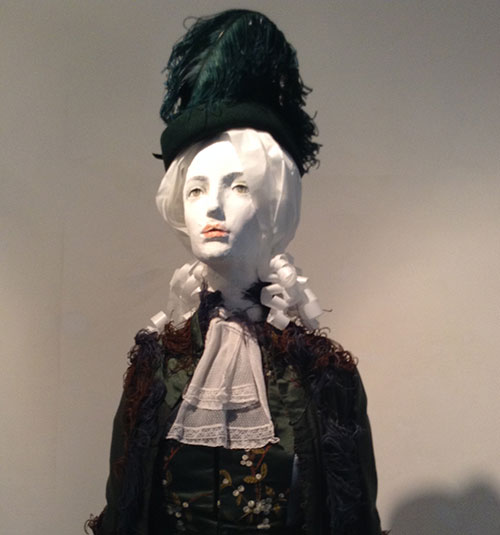 Some contemporary clothing also has jabots. They’re not as popular as they used to be in the 17th century and they don’t define the status of the wearer, but people still like them, especially women. These accessories look elegant and regal even in our days.

Also, some officials like judges, academics, and counsels wear jabots or shirts with jabots as a uniform.