Historical pirate costumes. What did they wear?

A lot of people around the world, especially in the US, love the pirate culture and lifestyle. There are Hollywood pirate movies, dozens of books on this topic, and even whole towns that have been pirate strongholds and still preserve their historical connection to the Golden Age of piracy. But what do we know about the authentic pirate costume? How did pirates dress in real life? Let’s find out more about the period-accurate clothing of ordinary pirates, pirate captains, and pirate wenches.

A bit of history

This material is dedicated to the pirate clothing worn during the Golden Age of piracy – from the mid-17th century to the 2nd or 3rd decade of the 18th century. This was also the Golden Age of seafaring, the trade and travel that went with the ever-expanding British, Spanish, and Netherlandish empires turning the oceans of the world into busy highways.

But first of all, let's think about the instant pirate signifiers. When you hear the word “pirate”, what springs to mind? Of course, they are the Jolly Roger, pirate galleons, treasure chests full of doubloons, treasure maps where “x” marks the spot, parrots on shoulders, missing limbs, and an awful lot of rum. Well, although a lot of this was undoubtedly true of actual 17th and early 18th-century pirates, this enduring image of the salty peg-legged parrot-wearing pirate is probably a product of a much later work of fiction. So, how did the pirates really look like?

The first pirates weren't really pirates at all, they were called “privateers” and were hired by governments to attack and plunder enemy ships to wage economic terror. The most famous privateer of all dates back to the 16th century. Sir Francis Drake was commissioned by Queen Elizabeth I to attack and plunder Spanish galleons. At the same time and for a couple of centuries later, Muslim privateers, hired by the Barbary States of North Africa or the Ottoman Empire, were, basically, at war with European privateers. Both groups are known as “corsairs”. And they centered their operations exclusively in the Mediterranean. 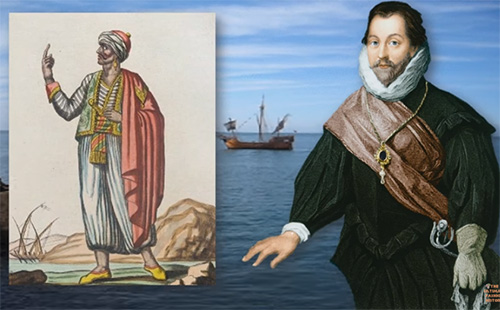 The booty on both sides went to the privateers’ respective States. They were sort of the hired heavies of governments, so they didn't operate in the same way as the independent maverick pirates beloved by Hollywood. Eventually, many of these privateers figured out that they could get a lot richer a lot faster if they raided ships and kept the booty for themselves. This is when the pirate as we know him was born.

Let’s find out how did pirates dress.

This was pretty typical garb for a 17th-century seaman. Take a look at how loose everything is – his doublet and breeches. 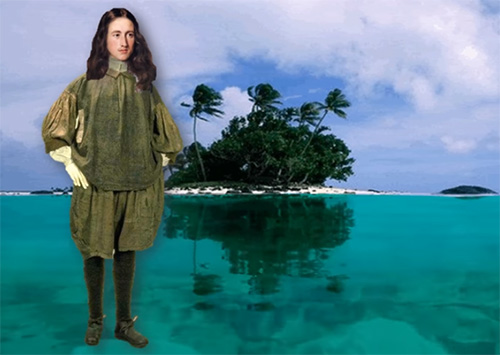 Pirates were, by and large, sailors, so they had to do everything a regular sailor had to do – climb rigging, haul sails, etc. And they needed clothing that afforded them that level of mobility.

Though, the pirate attire, although based on quite classic seafaring garb, was rather different from that of a merchant seaman.

And the first real difference is in terms of textiles. Unless a ship was plundered that carried existing clothes made of linen and wool, pirates would have their clothes made from plundered textiles, especially those of the east. The East India Company imported calico from India. So, pirates in the 1600s often wore calico shirts.

Calico was particularly popular with pirates, especially Calico Jack (famous pirate) who lived for the stuff because the sumptuary laws passed in 1700 forbade it.

Pirates also wore a lot of silk, again, plundered from vessels from India. Silk was extraordinarily expensive and an average sailor could never afford to wear it, so we see pirates using clothing as a means to show this breaking away from the sartorial mores of that time.

Of course, the pirate sash is ubiquitous and probably worn for two reasons. The first is a practical reason – it helped firm the abdomen and lower back, which made the endless hauling of ropes and sails a little easier on the body. The second reason is that it was a finger to the wealthy establishment back home, where only the ruling class wore sashes.

A pirate wore a thick leather belt, again, to strengthen his abdomen. 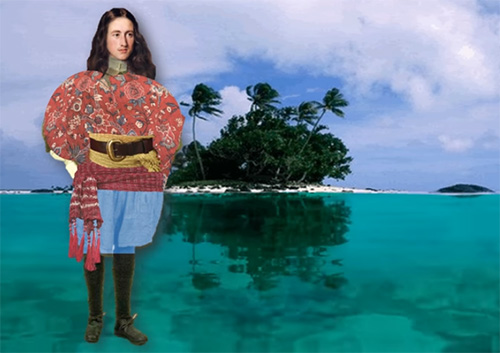 Also, there was a quintessential headscarf to keep the sweat off his face.

And, because he was active in combat, he'd have worn a baldric to hold his cutlass and his pistols.

Pirates loved jewelry. And because of the pirate code, all booty was shared equally. This means that even a lowly shipman could show off his bling.

Did pirates wear makeup? Possibly. We haven't been able to find any accounts to say, definitely. But warrior groups have often worn war paint to appear more aggressive and, given that pirates were exposed to many different cultures, some of which certainly did wear makeup, there's nothing to suggest that they didn't.

So, the pirate’s look was billowy, exotic, and eclectic. Like this etching of a pirate. This is Anne Bonny, a lady pirate. But all accounts say that she dressed in male attire. 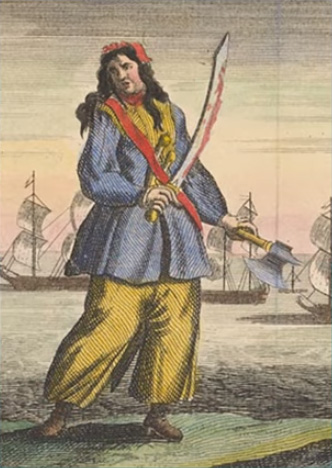 Did pirates wear stripes? Many did, just as legitimate sailors did at the time and for the centuries later. That’s because it was thought that if somebody fell overboard, striped garments would make them easier to spot.

And now let's take a look at a pirate captain’s clothing. Because he didn't have to haul rigging or swab decks, his clothing would be more structured and fit a little tighter.

This is a basic upper-class suit from the very end of the 1600s or perhaps the beginning of the 1700s. And it is a starting point.

Jackets were the most prized possession of a pirate and there was, evidently, a real trend for plundering jackets with the most adornment. A fancy jacket to a pirate was everything. And yet, even the most beautiful jackets would often be rubbed with tar. Why? To make them waterproof. This was a very common practice amongst all seafaring folk in this era.

Of course, he'd have worn a baldric for his cutlass and his pistols.

And also, the fanciest hat he could steal.

But although pirates operated outside of the law, they were still members of the world in which they lived. A wealthy pirate captain could and did buy stuff as well, not everything was stolen. He could order and pay for goods to be shipped to him.

And, of course, he'd need his jewelry as well. 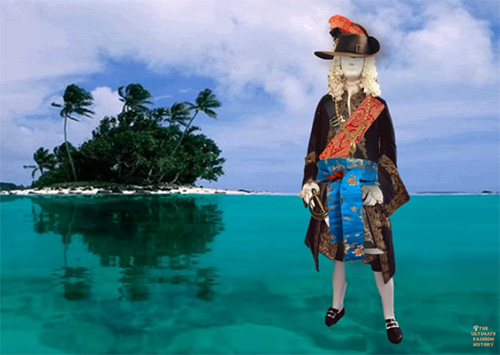 Now, the man in the image is starting to look more like a pirate and not just like a stylish 17th-century man. 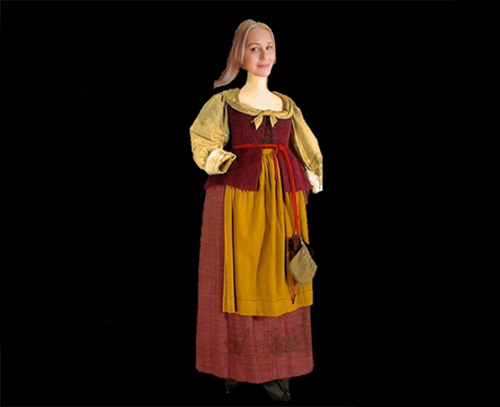 Her clothing would have either been plundered from a vessel or she would have made it herself or had it made.

She would probably have worn quite a bit of stolen jewelry given to her by her husband or her boyfriend as a means of showing off his successor piracy.

There would probably have been exotic textiles used to accessorize – silk or calico shawls.

And a period hat. 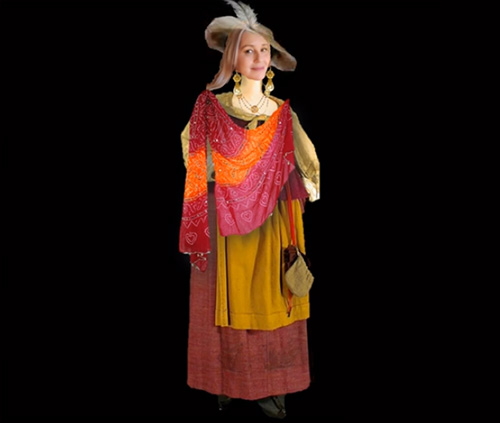 Though, some of the pirate wenches would have dressed in a far grander style. The wife of a pirate captain, for example, may have worn extremely sumptuous clothing. 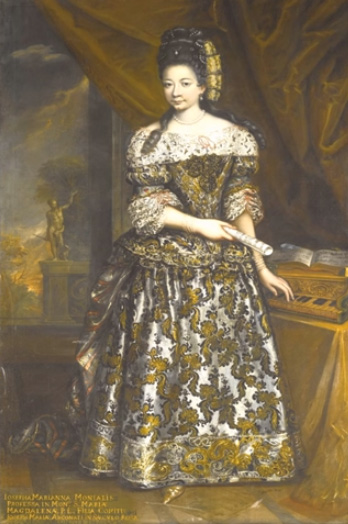