Crimean Tatar male tubeteika caps and embroidered patterns on them

Crimean Tatar culture is different from the one of Tatarstan, it is a separate ethnic group that has its roots in the Crimean peninsula. The folk dress of Crimean Tatars has a lot of features of the Ottoman clothing. And the headdress we’re looking at in this material – a tubeteika – is typical for many Central Asian countries. But there some unique peculiarities of this headpiece distinctive for the Crimean Tatar culture. So, what is a tubeteika? How is it worn? What adornments does it have? And can it be an indicator of age, marital status, social position, etc?

A very important part of Crimean Tatar national costume is a headdress. There are many different variations of headwear: fur-trimmed hats, turban, kalpak, bashlyk, fez, tubeteika, and some other items. In this article, we’ll talk about a men’s casual skull-cap called “tubeteika”. 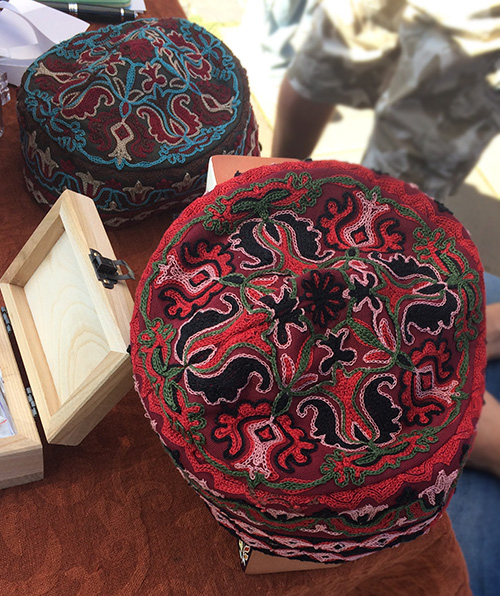 It is a soft cloth cap worn by Crimean Tatar men in day-to-day life. Its base is round but the top can be different – a dome-shaped, flat, or peaked. The fabric used to make a tubeteika is cotton, wool, velvet, silk, etc. 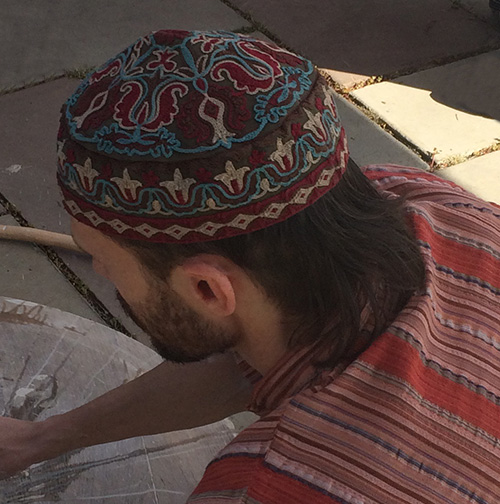 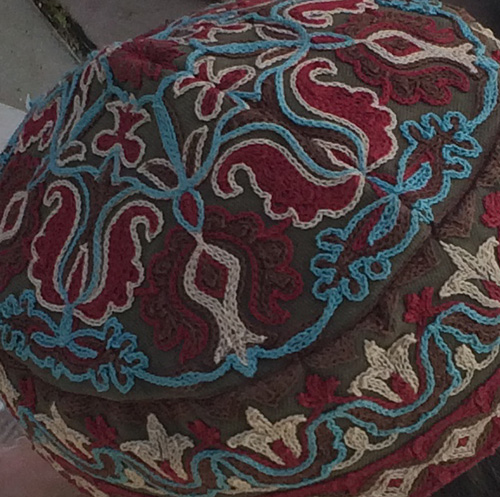 Modern tubeteika of conical shape with plenty of colorful embroidery

The skull-cap is really handy. First of all, it is soft, without any hard parts (unlike female fez, which has a cardboard frame to maintain a firm shape). It can be easily folded and put in a pocket if needed. Also, an everyday tubeteika is usually made from natural, eco-friendly fabrics, so it protects the head from the hot sun perfectly (the climate in Crimea is subtropical, so the sun can be really harsh).

This headwear has a trick that helps to ventilate it. The inner lining is kind of quilted, which makes the surface ribbed and lets the air flow easily in and out. 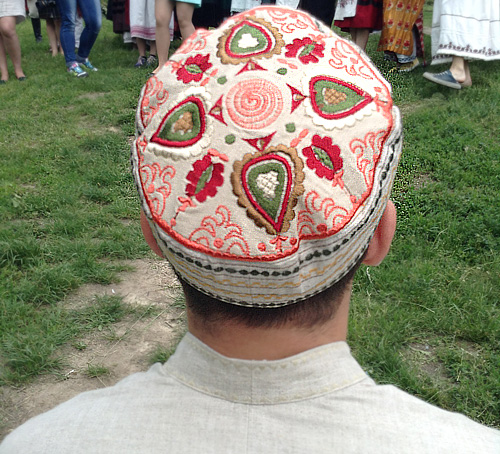 The tubeteika cap is usually adorned with Crimean Tatar traditional embroidery patterns. The embroidery makes this headdress look rather festive, despite the casual shape and fabric. The ornaments are floral, geometric, or of rather unique and unusual shapes (but these designs look organically and naturally as a part of Crimean Tatar culture). In the 19th century, embroideries were typically made with gold or silver threads, but today cheap colorful threads are mostly used. 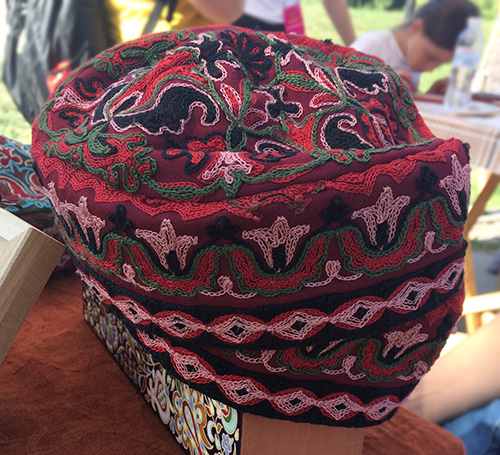 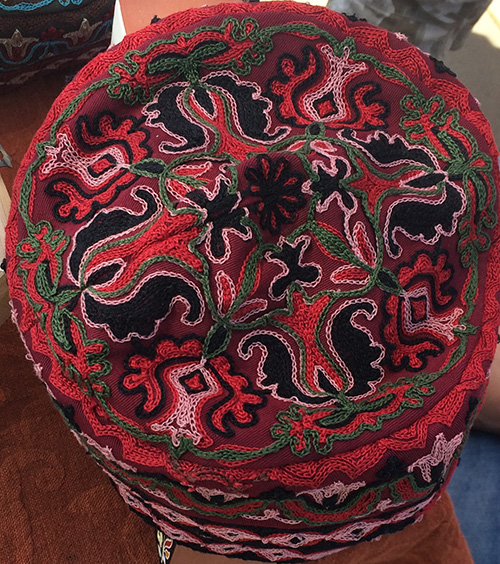 Modern tubeteika of conical shape with plenty of colorful embroidery

Also, these ornaments used to differentiate the age, social status of a man, etc. For instance, young males wore colorfully embroidered tubeteikas, while older men preferred skull-caps without or with a few (not too bright) embellishments. In modern times, this differentiation is not always maintained. 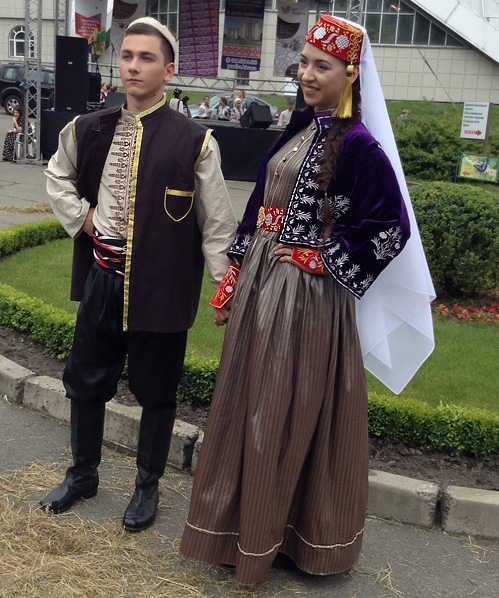 Vintage Crimean Tatar folk costumes. The man is wearing a tubeteika on the crown of his head