The national costume of Armenia is gorgeous. It takes a lot of time, skill, and love to make these garments. Analyzing any vintage folk garment from any corner of the planet, you’ll see that there is a deep meaning behind the cut, design, decorations, color, etc., because people used to take their clothes very seriously. And Armenian authentic pieces are no exception. We’d like to show you a few outfits – modern replicas of authentic Armenian costumes – and share some facts about the local clothing traditions. Let’s dive into it!

Lilit Melikyan, director of “Teryan Cultural Center” in Armenia, shares her knowledge about Armenian traditional costume of the 18th-20th century.

The first costume is from Vaspurakan region of Armenia. It is a very accurate replica of the authentic outfit from the 17th century. This area is characterized by a lot of red color in folk clothes. The locals considered red to be the color of protection from the evil, so they wore red underwear, for instance, a long red shift or undershirt. All the other pieces of clothing were put on top of this shirt. 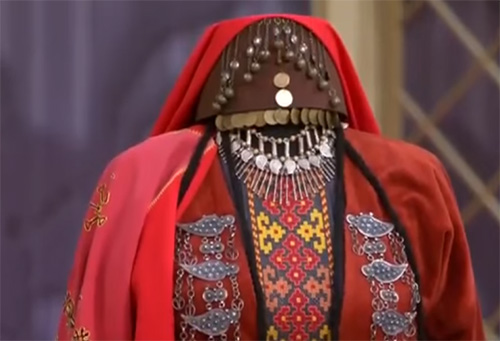 If to talk about the tradition of embroidering the clothing, in Vaspurakan, people preferred cross-stitch embroidery. You can see this pretty embroidery design here. 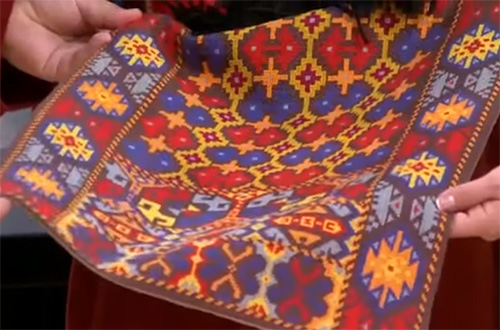 The shawl is a very important part of this outfit. It is a traditional garment of a married woman. This shawl covers the head of a woman on top of a fez (Armenian folk skull-cap). The embroidery pattern on the shawl is The Tree of Life – it covered the woman’s nape when the shawl was on and served as an added protection from the evil. 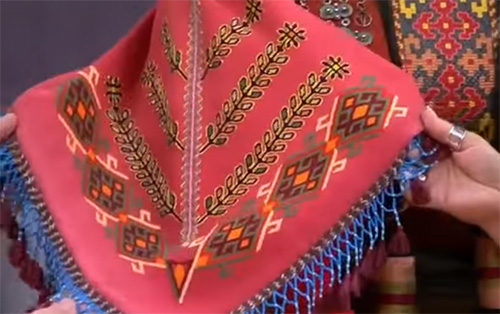 As any other Armenian attire, this costume is adorned with silver jewelry, including a necklace, chest decorations, and headdress embellishments. 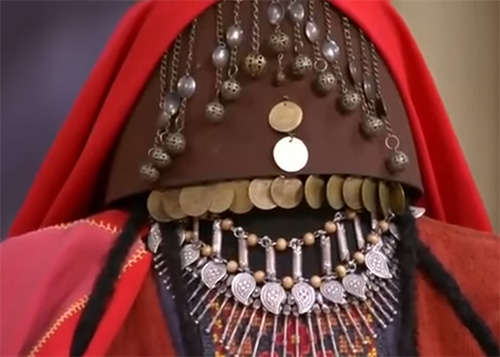 These are beautiful silver adornments attached to the front of the attire. They are typical for the Armenian married female’s costume. They were believed to bring fertility to the wearer. 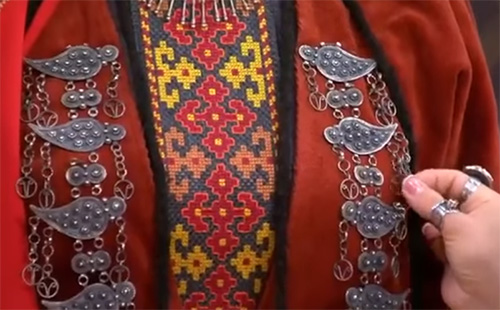 And now, let’s look at the men’s costume from Vaspurakan region of Armenia. It is a very accurate replica of the authentic outfit from the 18th century. This attire is a wedding costume, later it was used as a festive dress. 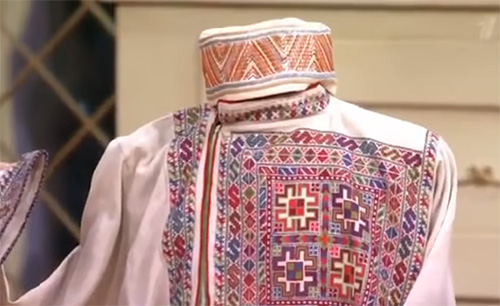 The shirt is fastened near the collarbone with a button. It’s made from linen and richly embroidered with traditional cross-stitch patterns. On the cuffs, the shirt is decorated with tiny blue beads that, again, serve as protection from the evil. Armenian people – just like many other nations around the world – gave a lot of attention to amulets and different protective items (garments, patterns, charms, etc). 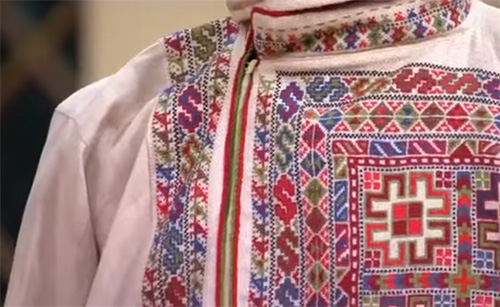 The cut of the trousers is traditional. They are made from hand-spun linen and embroidered with a half cross stitch. 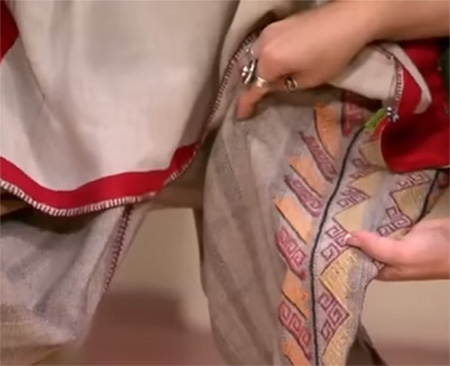 The belt is called “kushak”. It is a long fabric sash that often was wound several times around the waist. 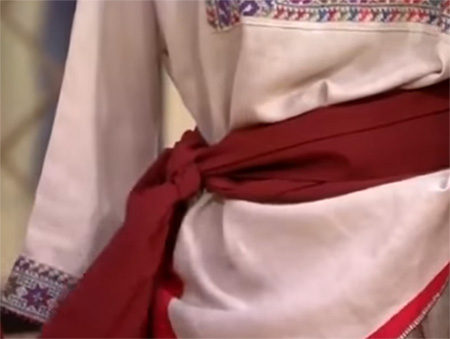 The male folk costume also is complemented with a skull-cap.

This elegant women’s dress is from highland Armenia, Karin city. It is a bit similar to the Ottoman-style clothing – the embroidery designs, fabrics, a skull-cap, and a veil remind us of Ottoman outfits. The embroidery is done with gold thread, a unique technique is used. 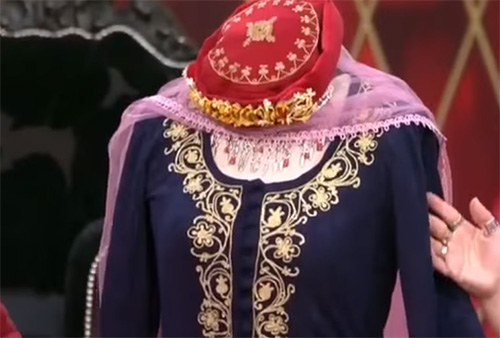 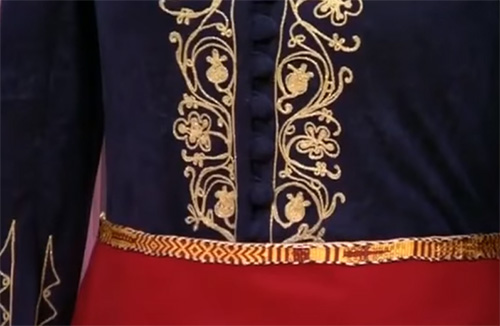 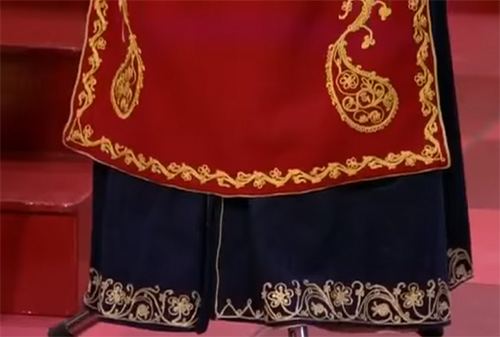 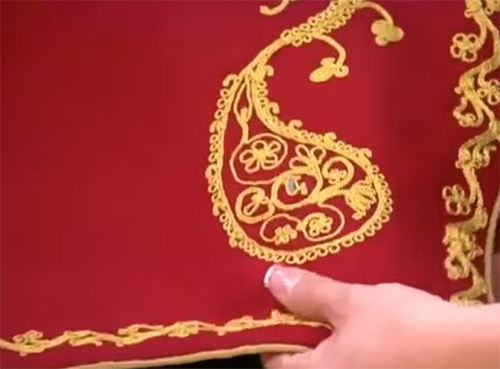 Of course, it is a long dress with long sleeves; the outfit is multilayered, as Armenian folk clothes usually are modest and cover the body thoroughly.

And the last costume is a wedding dress from the early 20th century. 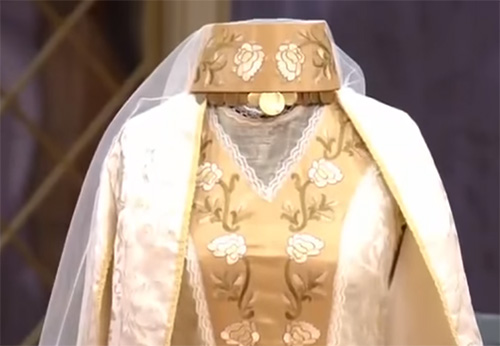 This dress is sporting a belt that indicates that the woman is not married yet. After the wedding, females started to wear aprons, while young girls didn’t use them. This particular belt is rather wide and embellished with embroidery, which makes it something in between the belt and the apron. 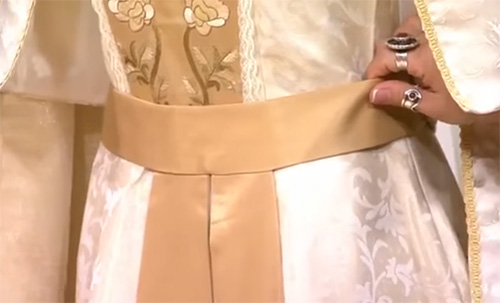 The embroidery pattern on this attire is typical for Urfa city (south Turkey). The thing is, many Armenians live in Turkey and they still keep their old clothing traditions. 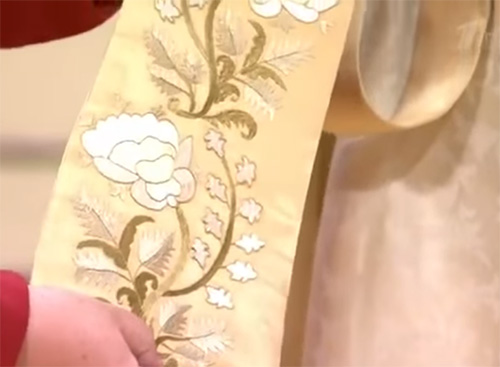 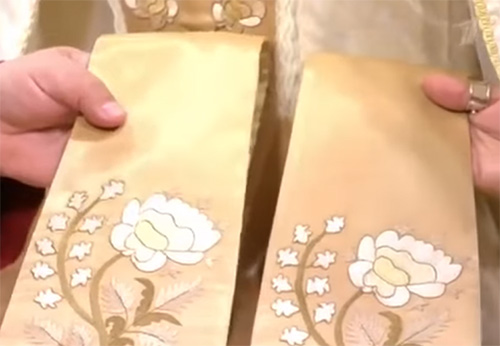 Unfortunately, today, a large part of Armenian heritage regarding the traditional clothing is kept mostly in books, old photos, and people’s memories. Not many locals wear the folk dress these days even for celebrations and special occasions. But the Armenian clothing culture is springing to life thanks to those few who are trying to return the traditional garments and styles back into fashion.

The folk costumes you include are beautiful! Thank you for this article.
Quote
Refresh comments list