The national outfit of Armenia is ornate and beautiful. You can see the rich culture of this country in its clothing and jewelry. Armenia is one of those places where metal adornments are highly estimated – just look at the amount of jewels on local women; also, an important part of a men’s costume is a weapon, a dress knife – kindjal dagger. But these common accessories are far from the only interesting items in the Armenian folk attire. There’s much more to the traditional clothing of these proud people.

The traditional costume of local men includes a shirt, wide trousers, a waistcoat or kaftan, a wide sash, a headdress, and shoes. In winter, they add a warm fur-coat or woolen coat made from sheepskin and goat fur.

The shirt is not snow-white. Usually, it is colored, striped, or at least has a natural beige color. If the color of a shirt is light, it is decorated with some embroidery at the collar, front, and cuffs. But not too much embroidery.

The outer garment may vary, according to the region of the country. In some places, men prefer short waistcoats, often adorned with fur trim. In other areas, they wear light coats called “kaftan”, tight-fitting, with narrow sleeves. Also, it can be a cotton or velvet jacket, etc. Traditionally, upper-class men use outerwear of light color, while males of lower status prefer dark tones for their clothes.

The trousers also can be different – loose-fitting along the entire length, baggy pants narrow at the ankle, or trousers of ordinary cut, like men use today.

But no matter what the design of pants is, they are traditionally belted with a wide and long sash. It also serves as a sort of a pocket – men used to carry small items in it (for example, money). The traditional Armenian dress knife called “kindjal” is tucked at the belt as well. This dagger is an important part of a male national costume in Armenia and its ancient culture and traditions.

Of course, the women’s costume is much more complicated than the men’s one. By the way, this is the usual situation for most countries in the world.

The attire consists of a long dress, an apron, a sash or belt, an outer garment, a headdress, jewelry (sometimes, plenty of it), and shoes.

The traditional female dress in Armenia is called “taraz”. It is a loose-fitting dress with a slit on the chest and the sides. The colors that usually occur in taraz decoration are black (symbol of the earth), white (symbol of the water), red (symbol of the air), and yellow (symbol of the fire).

The Armenian women’s folk dress in the past could tell a lot about the owner: her social class, region of origin, marital status, and even the number of children the woman had.

Wealthy females wore outfits made from silk, satin, brocade, and velvet, which were embroidered with gold and silver thread.

Women from Eastern Armenia had their own traditional costume that differs from the one in the west. It consisted of a long red shirt, long red trousers, a shoulder dress, a silver belt, a velvet coat, a headdress, and shoes.

In all the regions of Armenia, the female national clothing often was decorated with colorful embroidery, a lot of jewelry pieces, and vivid accessories.

The Armenian traditional headdresses deserve a separate chapter. They are diverse, bright, and unique.

Men traditionally wear fur, woven, and knitted hats of various size, shape, and design. A very common headgear is a papakha – large and furry woolen hat worn by men throughout the Caucasus. Also, men could just wrap a kerchief or scarf around their head.

Women wore dozens of different headdresses, but the idea is the same – an ornate skull-cap covers the head (usually, adorned with coins, jewels, or embroidery on the forehead) and the veil or kerchief (attached to the cap) covers the head, shoulders, neck, and sometimes even a part of a face.

Wealthy upper-class women wore headdresses embellished with gems, gold, and silver. But any woman tried to make her headwear pretty and festive – even if with only a few embroidery designs.

In day-to-day life, females could use just the skull-cap, without the veil. It was sort of casual wear.

The headgear traditionally was taken off by women only when there were no males in the house. And never in the street, in public.

We can talk hours about the beauty and elegance of Armenian folk headdresses, but it’s better to see once. So, in the photos below, there are many different variants of female headwear. 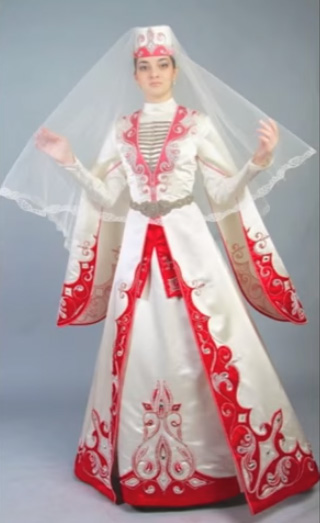 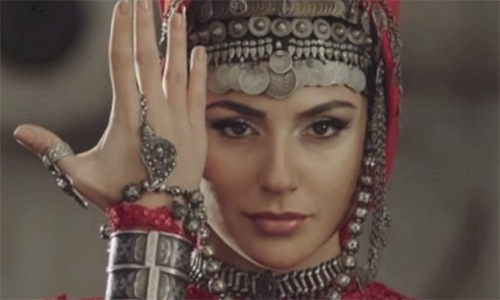 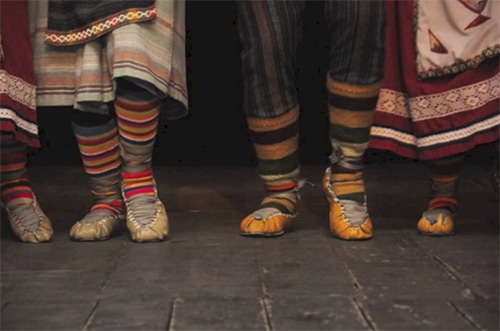 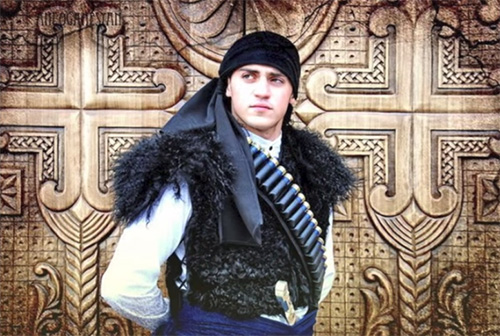 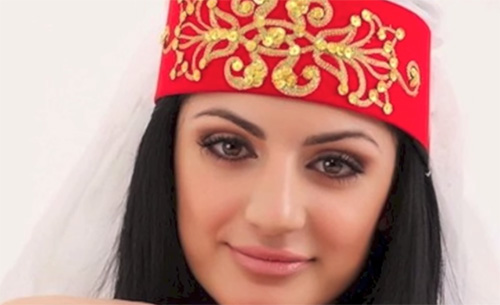 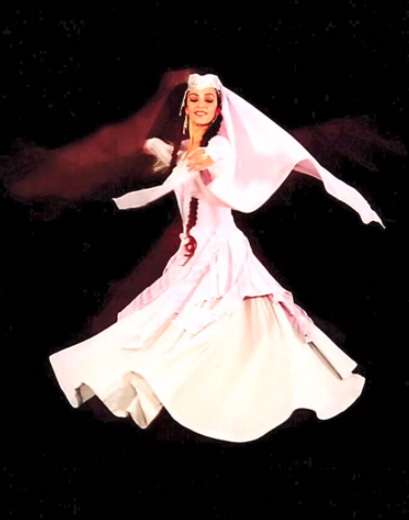 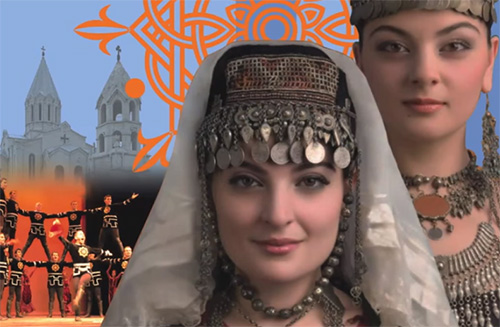 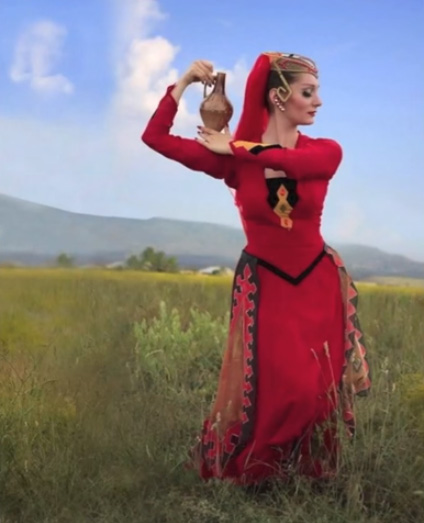 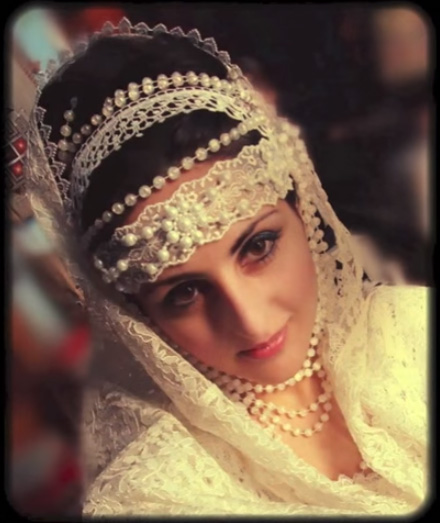 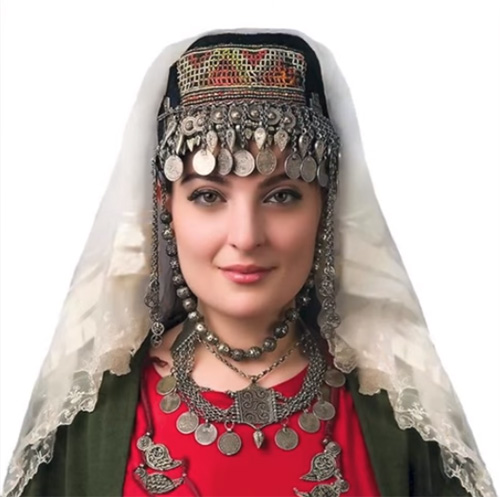 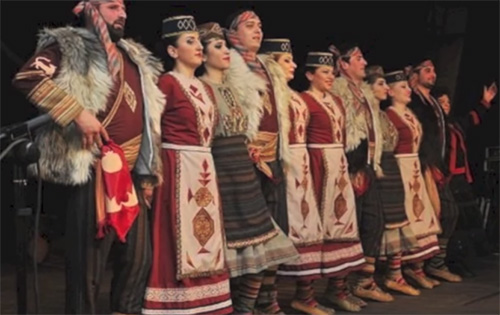 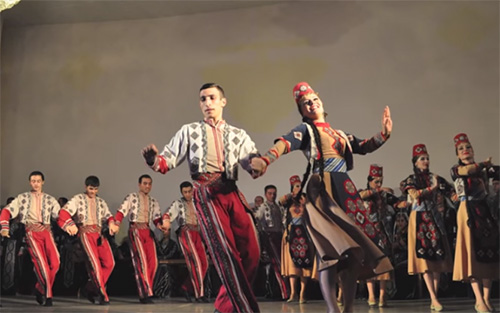 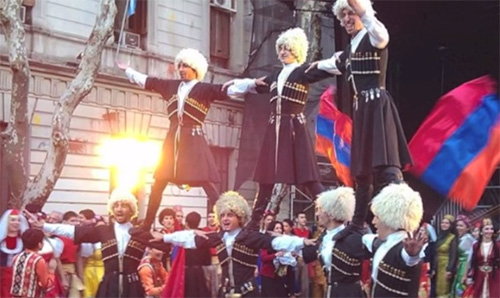 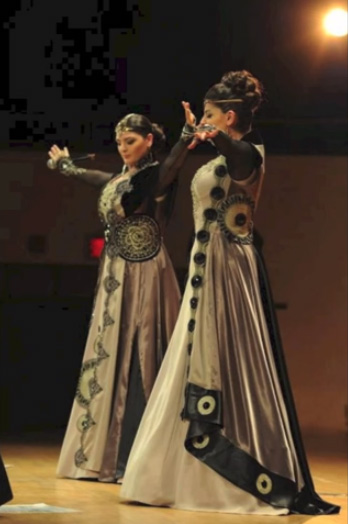 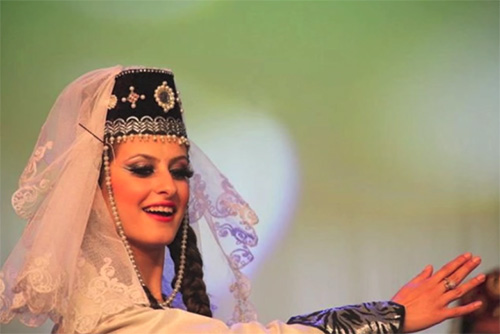 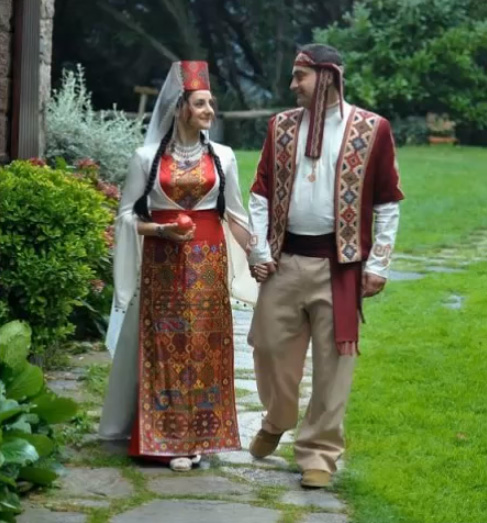 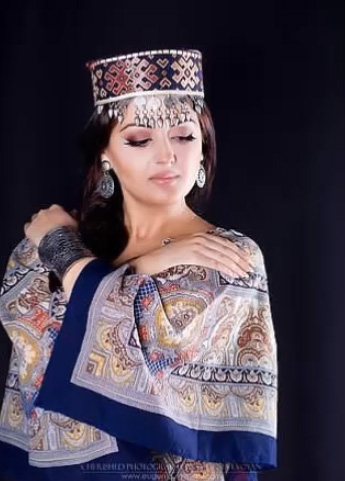 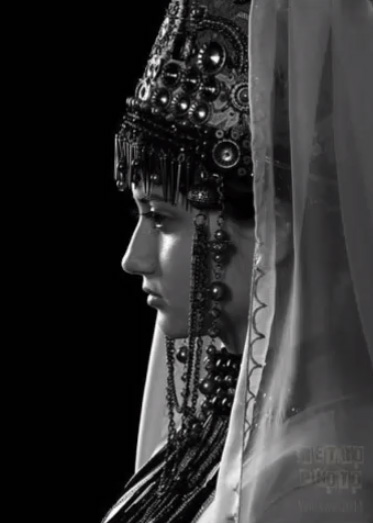 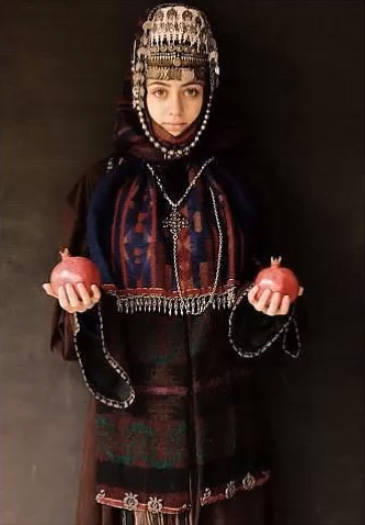 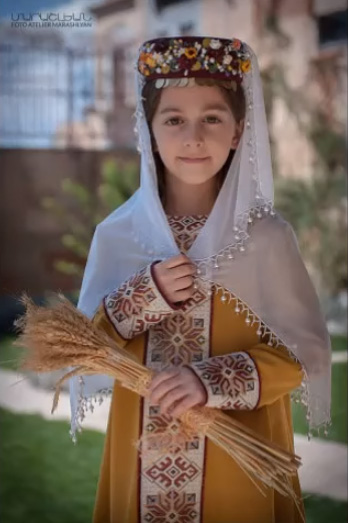 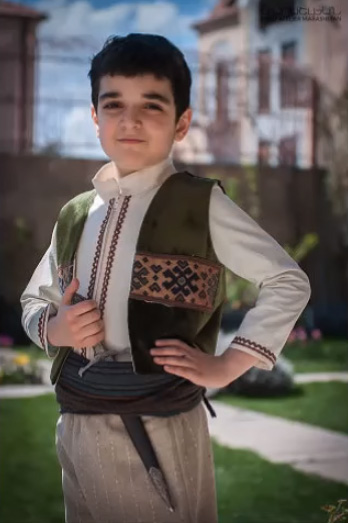 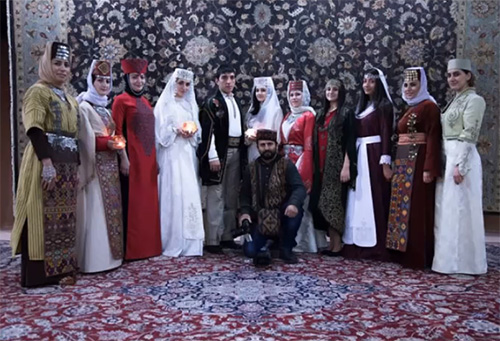 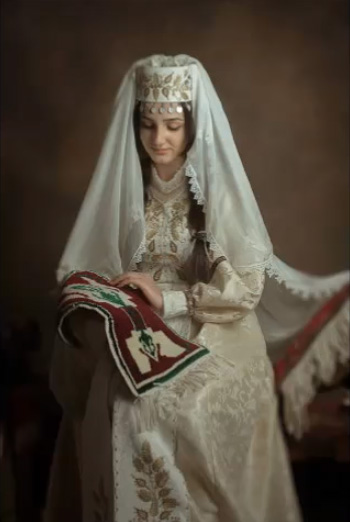 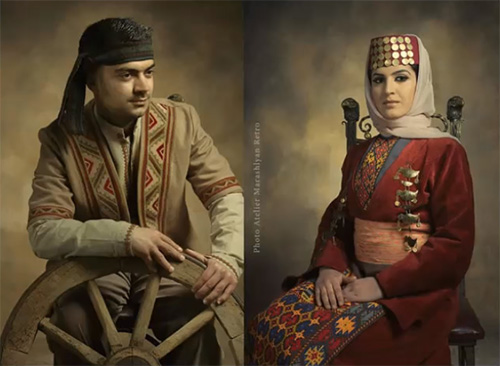 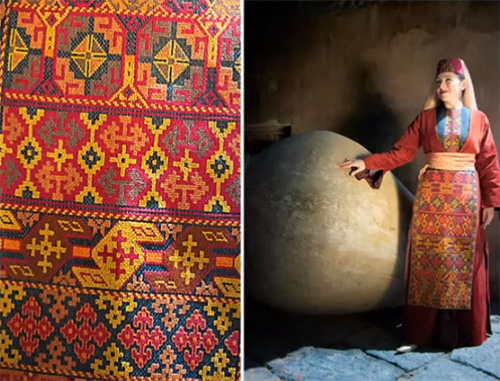 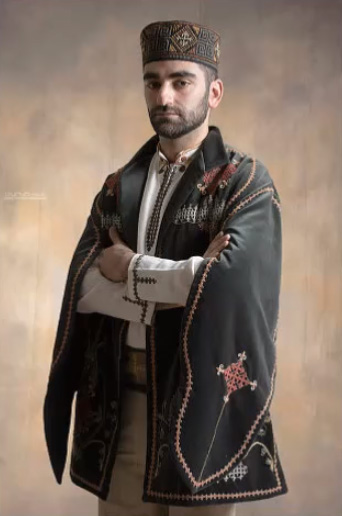