A lot of people think that German traditional women’s dress is very pretty and even kind of sexy. Well, it definitely is feminine and it’s cut so that it visually improves a female figure and highlights her natural curves. The dirndl suits most of the women, regardless of the body type. But there is much more to it than just a deep decollete and puffy sleeves. Let’s look at the German dirndl a little bit closer and talk about its details.

Let's check out German traditional fashion. And the girl who’ll help us with that is Cathy Cat.

We’ll start from the head because that's easier. I braided my hair into two braids and very simply just crossed them on the top of my head and stitched them up with some ordinary pins. That is super easy to do, but it looks really complicated and everyone thinks I spend a lot of time on this.

To give it extra accent, I added a little flower here in the same color as my German dress which is also called “dirndl”. 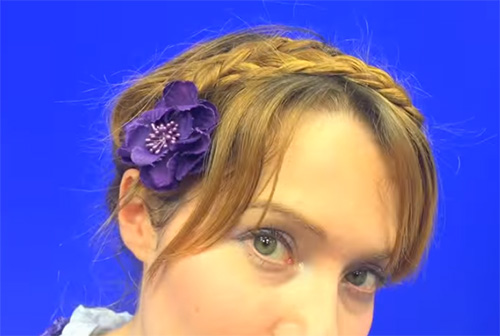 Also, to match this whole thing up, I'm wearing a hot little heart necklace which is made out of glass. It may also have pretzels or edelweiss flowers as accessories, which is often used when you wear this kind of dresses. 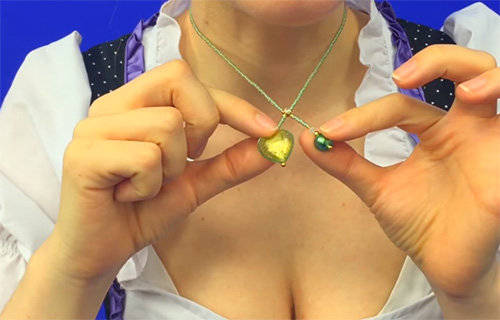 So, let's focus on the actual dress that I have here. As I’ve mentioned, this is called “dirndl”, which is a German traditional dress. It is worn, for example, in Bavaria or sometimes also in parts of Austria and other countries where people speak German. 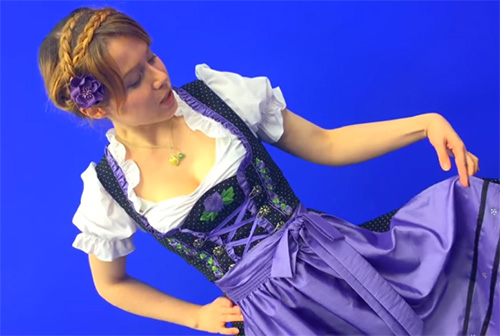 There is nothing particular to the color because we have by now so many different colors of traditional dresses.

Let's first actually start from the blouse. It is white and it has puffy little sleeves, which is cute. 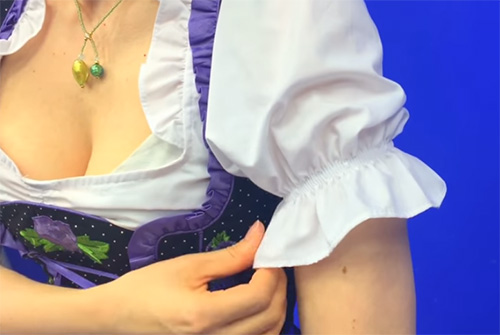 However, the thing that most people notice first, especially guys, is the U-shaped neckline that shows quite a lot of breasts. That's actually an important part of the dirndl style. You're supposed to push your breasts up a little bit to create a kind of heart. This area is very important if you wear a traditional dirndl.

Some females, like older women, don't want to show too much. So they actually have closed-up blouses with a dirndl.

On the front part of the dirndl, you have a cross pattern of ribbons. This one actually has a reason – it helps you to adjust the dirndl to your size because on the back of it, there is no lacing, only a zipper (on this particular dress). 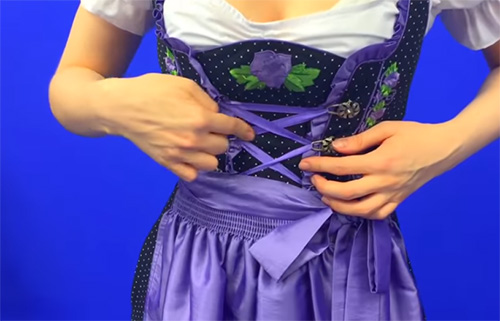 The hooks that hold the extra adjustment for the dirndl usually are skillfully made (on authentic handmade dirndls at least). There's a way to make the lacing wider or narrower – in case you lose or gain some weight. The dress is actually quite tight. You can compare this a little bit to a corset. It's cut like a corset so it pushes everything up a little bit and makes you look nice and skinny.

Also, there is some cute stitching on the dirndl. Usually, embroidery, especially hand-embroidered patterns, mean that your dirndl is of high-quality. Today, there are some cheap dresses – locals call them “China dirndls”, and they don’t have embroidery, just dyed patterns on the fabric or something like that. 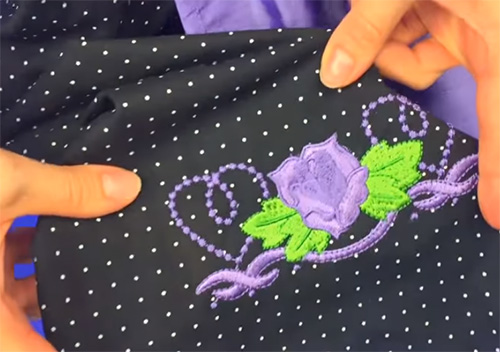 If to talk about the apron, there's a reason why the bow is not at the back where it usually is. It's on the side because depending on where the bow is, it has a different meaning. By the way, you can learn about the so-called “dirndl knot” here: Bavarian and Austrian women show if they’re available by their Dirndl knot. 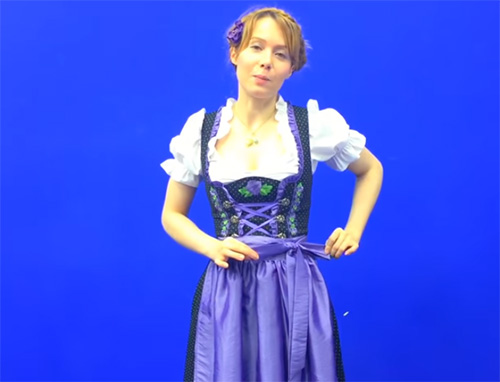 Coming back to the apron, there's a little bit of glitter here, which has been popular recently. That sequins or strasses make dirndl more flashy. Also, if you look at the hooks where the dress is laced up, you’ll see more sparkles. 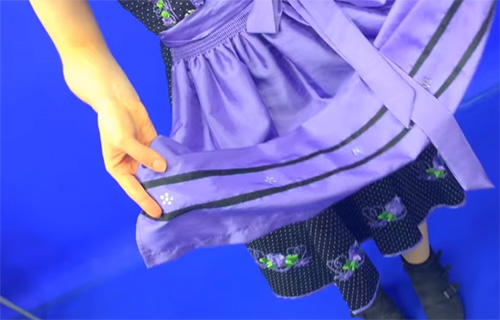 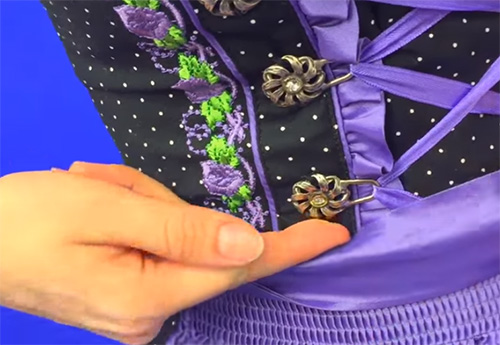 The dirndl’s skirt is quite long – it goes straight to your knees. And recently, it has become popular to wear a petticoat underneath the skirt. They do that to puff it up a little bit and give it a kind of a cupcake shape. 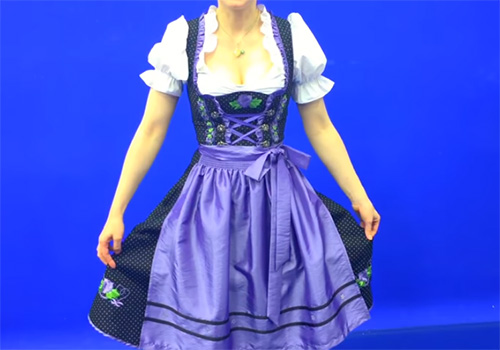 The dirndl is quite popular in Germany. Some people wear it for work, they wear it for weddings, and not only for folk festivals. Even some officials in Germany wear dirndls for work.