How to weave on a traditional Scottish weaving loom

Weaving looms around the world are built on the same principle but they are slightly different in each country. It’s actually natural that the craft of weaving in Scotland differ from the one in Ukraine or in India. So, there are special tricks and secrets of using a traditional loom in each country. Here is a short tutorial on how to weave on a traditional Scottish weaving loom.

The weaver that will teach us how to weave on a Scottish loom is a skilled craftswoman Christine McLeod from Scotland.

This is Christine McLeod. She’s a weaver at Weaver's Cottage in Kilbarchan, a National Trust for Scotland property. It is a hands-on museum that re-creates the living and working conditions of a typical Scottish handloom weaver before the Industrial Revolution.

So, let’s listen to her story about the loom and the process of weaving.

This type of loom is a traditional Scottish loom. It's over 200 years old and is typical for our country – such types of loom were in Scotland in the 18th century.

Every aspect of the weaving has been done by hand. The setup of the loom requires the most amount of accuracy. You'll notice that from the back of the loom, everything is straight done and that is, actually, down to the calculation of the yarn. In other words, everything is worked out on paper first. 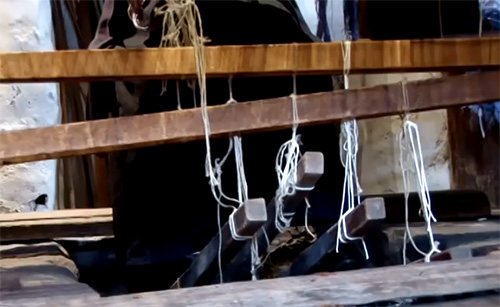 When you're comfortable with how this is all set up and how the strings all lie and everything is balanced, then you're ready to start weaving.

The weaving is done using the picking stick. And this is the thing that fires the shuttle from one end to the other. So when I put my foot on the foot pedal, what's happening also is it's making a space for the shuttle to fly through. The space is obvious to the weaver at the front. To take the shuttle through the space, all you have to do is pull a stick. Then, change foot pedal and fly it back. 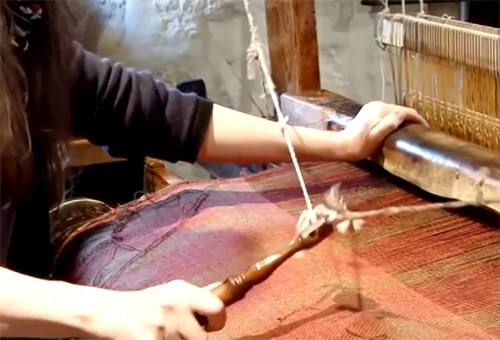 If you're working on a basic twill weave, which most tartans are, then it's just a repeat of that pattern.

Passing the shuttle backwards and forwards, you just continue to do in a set routine pattern until you have the desired length. 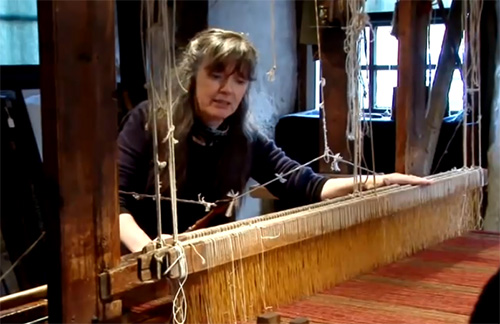 And that's how to use a traditional Scottish loom.

Thanks. We're glad our articles are useful for people)
Quote
#1 Daniel W. 2021-03-22 15:54
Thank you for taking the time to set up this site & do these helpful articles
Quote
Refresh comments list