Intricate Korean folk hair accessories catch your eye at once. The most beautiful and delicate of them were used by the royalty and wealthy noblewomen from Korean royal court. And what’s interesting and exciting about them is that each of Korean traditional hair accessories had a special meaning – they weren’t just pretty baubles. But you should see them for yourself to understand the real value and beauty of those accessories.

A native Korean woman will tell us about some of the folk hair accessories used hundreds of years ago. She will help us to understand the meaning of those things, their history, and to learn more about some of the Korean beauty rituals.

I'm wearing the traditional Korean outfit called “hanbok”, and I wanted to share some of my favorite accessories and garments that used to be worn by Korean women in the past. First of all, let’s talk about hanbok that I'm wearing right now. It's got two pieces: the jacket and the skirt. This jacket on top is called “chogori”, and it's pretty puffy and comfortable. The skirt is navy blue, it's really wide and very comfortable as well. This skirt is called “chima”. Usually in the past, women would wear silk clothing or garments made from other fine materials. 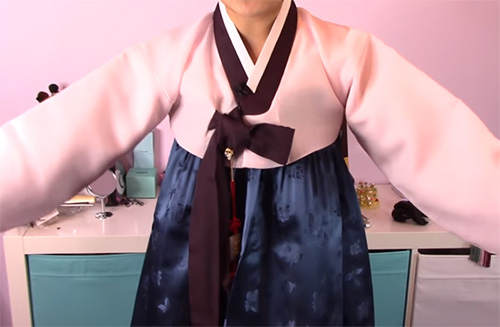 The ribbon of my jacket has an interesting ornament attached to it. This accessory is called “norigae”. It was worn by wealthy women and women of the upper middle class, too, like the royal family. So, if you had a norigae, it meant to the world that you were wealthy and you were of a prestigious class. I've heard from somewhere that if you sold this norigae, you could probably feed a large family for a couple of months – that's how rare, expensive, and precious these norigaes were. 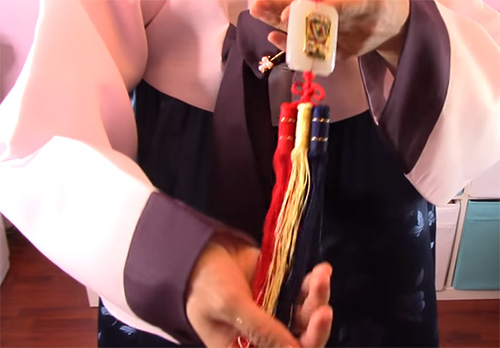 Next, I have these socks here, the traditional socks worn by both men and women. These socks were called “beoseon”. They could be adorned with embroidery or just made from plain and simple cotton fabric. 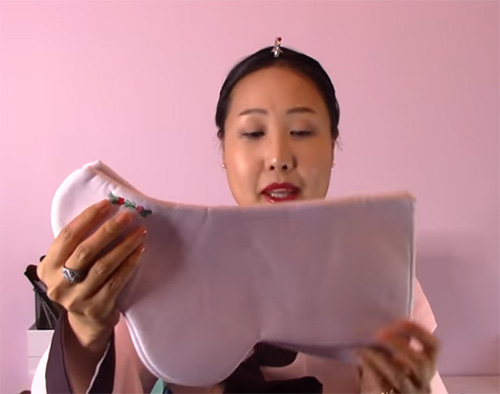 And now, let's move on to the hair because it's a part of our beauty ritual, beauty cult. Let me, first of all, talk about the traditional red ribbon used by Korean women. You might think this is just a red ribbon, but actually, this accessory was pretty special. Because in the Joseon period (which dates from 600 to about 100 years ago), all girls who were unmarried would braid their long hair, and they would always grow their hair long, they would braid it all the way down to their back and secure it with a red ribbon. The ribbon meant that they were single. So if a bachelor was walking by and saw this girl, and he thought that she were attractive, and saw this fluttering ribbon in her hair, he would know right away that she was single and there was a chance that he could marry her. That's how they distinguished married women from single women. 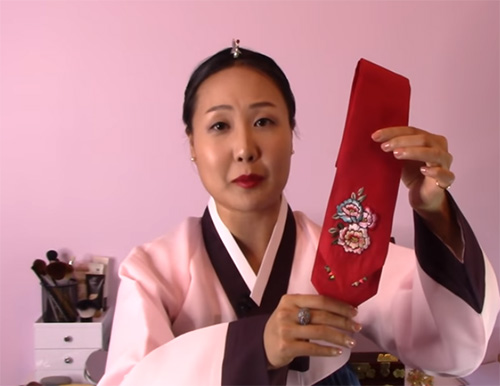 The married women, instead of just braiding their hair all the way down and then putting the ribbon on it, would braid it, put it in a bun, and secure their braided bun using a stick called “binyeo”. Whenever a woman was walking around and had this sort of hairdo, you could easily tell that she’s married. Any guy saw this hairdo and knew right away that this woman is taken, she's married, she's carrying another man's baby. I think that was really effective because it's a lot clearer than to put a ring on – sometimes you can't really see the ring. 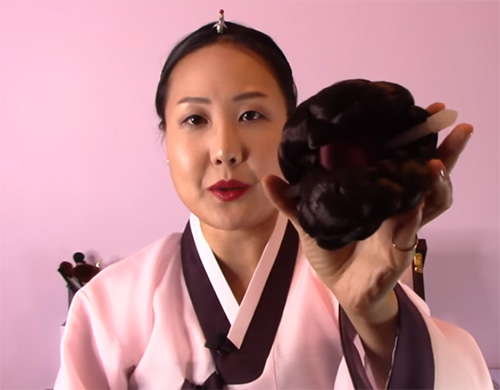 Moving on to more hair accessories. This one is also a binyeo, and it's just basically the same as the one you’ve seen on the bun of a married woman earlier. But this is a lot more intricate. The commoners and lower class people usually put on a simple stick, while wealthy females, women from the upper class, or those who belonged to the royal families used much more elaborate, colorful, and beautiful binyeo. They would actually put jade, precious gems, and pearls embedded into their binyeo to showcase their wealth as well as their social class. They would put their binyeo on top of their bun or through it.

And now, I’m going to talk about this special little thing that's on my hair. For those of you who don't know, this is called “cheupji”. It had a very special meaning and it was a little bit different from the binyeo. Basically, any woman of middle class or business class could afford a very nice binyeo, but not everybody could wear a cheupji. If you wore a cheupji, it meant that you were living in the palace or that you belonged to the king. For instance, you would be the queen, a princess or the crown princess, or you could be one of the high-ranking ladies of the court, or you could be “dating the king”. So, if you saw a woman wearing a cheupji, she was likely to be a very powerful, very respectable woman in the court, and you would have to bow and make sure you show your respect to her. Otherwise, you could get in serious trouble. If this woman had the cheupji, as well as the elaborate-looking and expensive-looking binyeo, then you knew that she could be the prime minister's wife, or the crown prince's wife, or some woman of a high class and prestige. 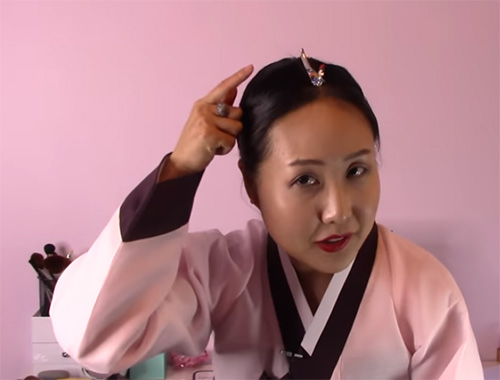 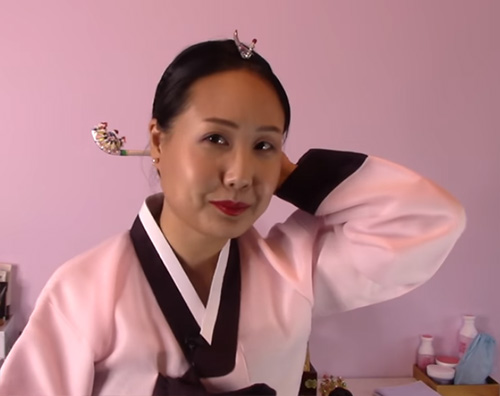 These beautiful jewelry pieces are called “sonjjang” and they are hair accessories. The reason why they're called sonjjang is because they shake and flutter. These fluttering accessories were also restricted to women of the court who are of high ranks, like the queen, or the dowager queen, or the crown princess. Women used to wrap their long braided hair around their head, a kind of like a turban, in the shape of an egg, and then they put these on their hair to indicate that they are high-ranking women. So, whenever they would walk in the field or in the garden, the servants around them would see these beautiful and elaborate hair accessories and know that this woman is of a high social class. They would show her respect and hurry to help her in any possible way. 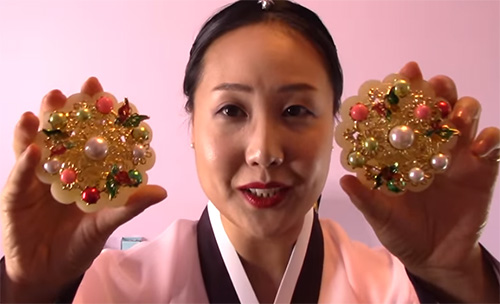 Those were some of the most famous and pretty Korean hair accessories. Most of them were used by wealthy or high-ranked women. They were the perfect supplement for the traditional female costume of Korea.

I wonder where I could find one (to purchase!) A nice one, not a cheap one...

At the end of the article, there is a link to a video made by a Korean lady. You could try to contact her via YouTube and ask her, she must know a good supplier
Quote
#2 AI 2019-09-01 05:56
I wonder where I could find one (to purchase!) A nice one, not a cheap one...
Quote
#1 Marion Morrison 2019-01-05 23:09
Really interesting...I love the Korean series on TV...and wondered about the clothes the women and men wore. So pretty. The information you supplied was really helpful.
Marion from UK
Quote
Refresh comments list