Traditional Japanese clothing is still in use in Japan. But mostly people wear the national costume for festivals, formal events, weddings, funerals and various ceremonies. In day-to-day life Japanese wear western clothing. The main pieces of Japanese traditional clothing are: hakama, kimono, fundoshi, happi, hanten, jinbei, samue, obi (sashes), sokutai, uwagi, and yukata. Japanese male national costume is not really masculine, and female attire is not very feminine. The main feature of both costumes is chastity and virtue. But the national clothing of this country is really unique and outstanding.

Japan has a lot of ancient clothing traditions, some of them are adorable, and others are funny and amusing, sometimes they can be even odd for us. But no matter what, it's always interesting to learn the clothing traditions of various countries.

Japanese men's traditional costume consists of montsuki / haori (a halfcoat which has a family crest, called "mon", as a decorative element), hakama (a kind of wide trousers worn over the kimono), obi (a traditional sash), tabi socks and shoes, and decorative elements, such as sensu (folding fan) or other.
The main piece in Japanese traditional costume is the kimono – a long robe. This item is the most popular, well-known and most used among people in Japan and other countries. And both men and women use it. But men's kimono is simpler then women's. It has 5 pieces + footwear. Also men's kimonos are made of coarse cloth and usually are not colorful. Men's kimono is black, brown, dark blue or green; it has few patterns.

Happi coat. It is a kind of traditional Japanese jacket with wide straight sleeves. Happi is usually made of cotton of indigo or brown color. It also has a print of a family crest or nowadays a crest of a shop or other organization (it's an advertisement and affiliation 2-in-1). Happi coat is worn for different festivals.

Adult men use a special undergarment called "fundoshi". It is a piece of cotton fabric that is tied in a panties-like shape. But today fundoshi isn't as widespread as it used to be. Modern underwear has replaced it. So, today fundoshi is worn usually to festivals, ceremonies and similar events, not in day-to-day life.

The sokutai is a costume worn by aristocrats, emperor and courtiers. The set includes shaku (flat ritual baton or sceptre) and kanmuri (special hat). Today sokutai is used rather seldom, mostly government officials and imperial court members wear it for weddings and enthronement ceremonies. 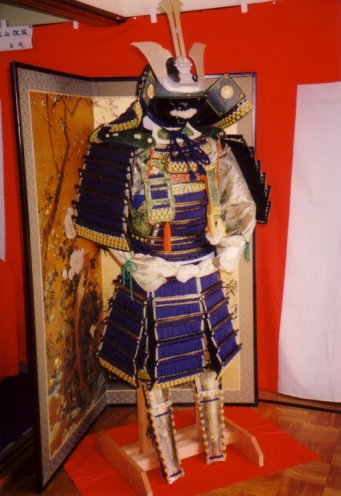 Japanese male shoes. People wear geta – shoes that have some features of clogs and flip-flops at the same time. They are wooden with thongs made of cloth (leather, rubber etc.) that pass between the big toe and second toe. Tabi socks are often worn with geta. Jika-tabi or tabi boots are also popular. They are outdoor shoes, which have rubber soles and metal tabs as fasteners. Tabi boots are used by workers. Another Japanese shoes are uwabaki. They are slippers for indoor usage, worn at home or in buildings where street shoes are prohibited. Uwabaki are flexible and easy to take on/off. Also Japanese men use waraji, sandals made of straw rope (rice straw, hemp, cotton threads, palm fibers etc.). Waraji are rather popular among farmers, soldiers and monks, but they are worn even by ordinary people in Japanese towns. With formal kimono men wear zori, flip-flops made of rice straw, hemp, cotton threads, palm fibers, leather, rubber or other material. Zori are very popular nowadays.

Women often wear kimono, mostly for different occasions and ceremonies. It is a formal garment, appropriate for any event. Women's kimono is colorful, made of thin fabrics and looks rather delicate. There are plenty types and subtypes of female kimonos: furisode, houmongi, mofuku, tomesode, shiromoku, uchikake and yukata. The type of kimono depends on the age, marital status, event, status and so on. For example, furisode kimono can be worn by young single women; it is often used for coming-of-age ceremonies, weddings and tea ceremonies. Furisode kimono is colorful, with wide sleeves and beautiful patterns. Shiromoku or uchikake kimono is used by brides for a wedding. It is very long and white. Tomesode kimono is attire for married women. It is black with colored pattern around its bottom. Tomesode kimono is often worn to a close relatives wedding. Mofuku kimono is used for funerals. It is black, without any patterns. There is also a nagajuban, white, red or pink undergarment which is worn under all kinds of kimono. 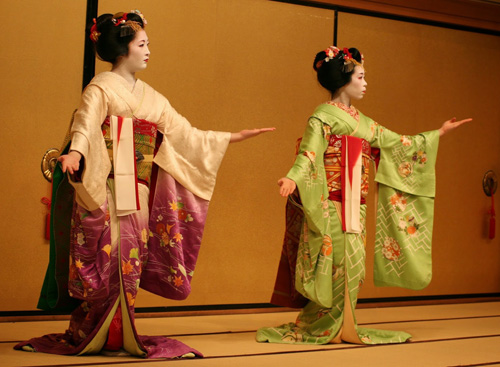 Geisha's dress. A scene from the movie "Memoirs of a Geisha"

Yukata is a light kimono for summer occasions. It is an informal kind of kimono, worn in summer or after bathing. Yukata is usually made of cotton.

Full Japanese national costume consists not only of a kimono. The whole image is formed of the kimono, the nagajuban (undergarment), the obi (sash), the obiage (it supports the obi), the obijime (it holds the obi in place), the tabi (special socks), and shoes (there are several different kinds of shoes).

It is rather difficult to put on the kimono, because there are lots of rules and pieces of the garment. For example, furisode kimono includes up to 35 pieces. Usually full Japanese costume is worn with a help of somebody.

The obi is a very important part of the traditional attire. It is a hand-woven piece of silk, 13 feet long. A woman needs help to tie it. There are different shapes of the obi knot that depend on the age, marital status and so on. Young girls usually tie their obi in the shape of a butterfly, bow, turtle or bird. Married women prefer simpler shapes but often use obi with picture applied on the fabric. The price of the obi sometimes can be as big as kimono's price. 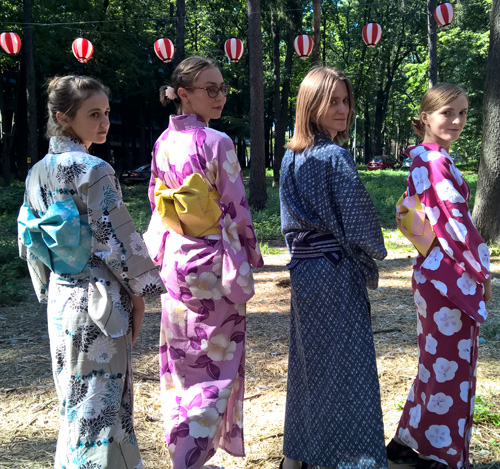 Women also wear the happi coat, traditional Japanese jacket with wide straight sleeves. Happi is usually made of cotton of indigo or brown color. It also has a print of a family crest or nowadays a crest of a shop or other organization (it's an advertisement and affiliation 2-in-1). Happi coat is worn for different festivals. 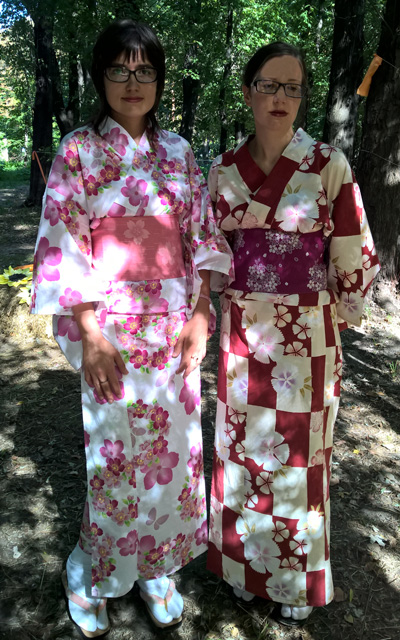 Shoes. Females also use geta, wooden flip-flops. They also wear okobo – another kind of flip-flops, but very tall. Okobo are geisha's shoes. They are made of willow wood and have straps of red or yellow color. Japanese women use uwabaki (flexible slippers), zori (straw flip-flops) and waraji (straw sandals), just as men do.

Kanzashi. Women often use a kind of hairpin called "kanzashi". It helps to keep the hairdo in order. The color, pattern and material of kanzashi varies according to the event, marital status of the woman or season. 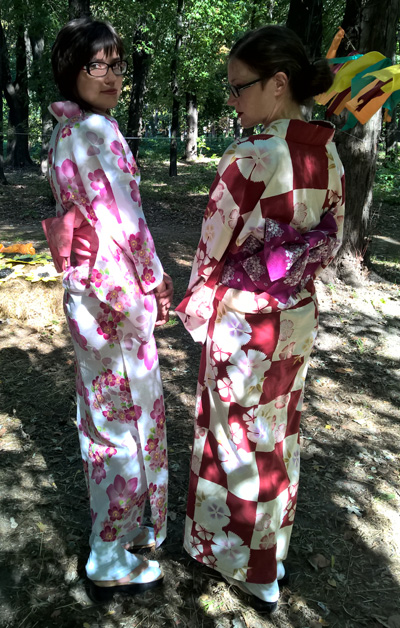 #1 toddle 2016-10-08 11:28
In which cases the Japanese people wear traditional Japanese clothing in modern life? I know that kimono are today an important part of Japanese ritual, ceremony and celebration. Did the another types of Japanese clothing the same spread?
Quote
Refresh comments list