Iran is a country with many different ethnic groups. Each of them has their own exceptional clothing traditions and styles. The outfits in Iran historically are modest. Local women tend to cover their body and often the face, too. But it doesn’t mean at all that their folk costumes are boring, baggy and tasteless. On the contrary, the Iranian garments are bright, beautifully adorned, elegant, and eye-catching. See for yourself.

Today, people can pick out clothes to wear from a wide range of variety. And as far as history recalls, for women clothing and related accessories have been critical. Not just for fashion and beauty but for the personal values they convey. Those values could become the identity of a nation. 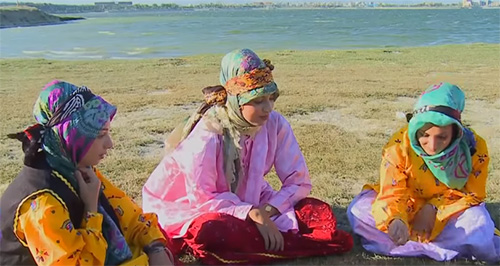 Iran is a country with many different ethnic groups. Each of these has their own exceptional clothing – an assortment of color, beauty, and elegance. The Iranian people have been wearing these exquisite clothes for centuries and centuries, and not just for a certain occasion but every day. 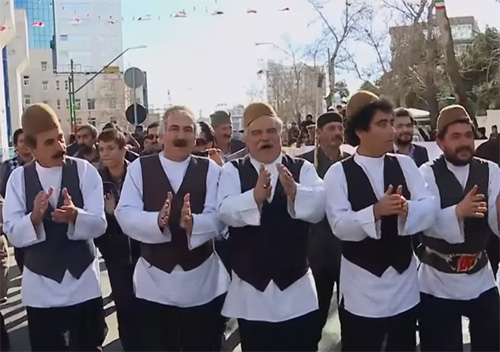 Nowadays, especially in big cities like Tehran, these traditional clothes are not that much popular anymore. But there has been a recent growing trend among designers to go back to basics and seek inspiration from the past.

Yasaman Haghighatgoo is a 20-year-old motivated fashion designer who's very enthusiastic about Iran's traditional motifs and patterns and how they can be mirrored in today's clothing.

Five years ago, Yasaman decided to create her own fashion line, using patterns and motifs that are rooted in the country's traditions and customs. You see, for her, it's all about combining modernity with tradition. 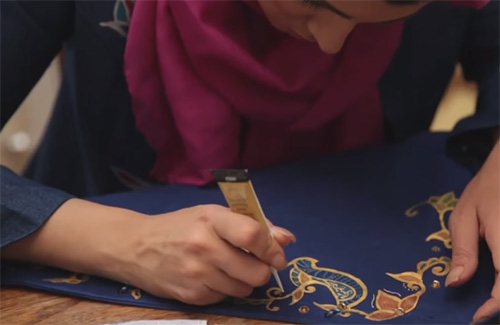 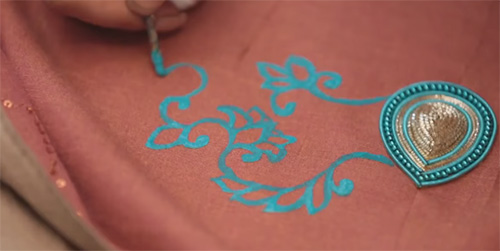 Expressive designs in vivid colors and elaborate floral patterns are the signature mark of your summons clothing line and the reason why they're different and unique.

Yasaman has three factors in mind when designing her clothes. For her, they should stylish, they should be comfortable, and, most of all, have great quality. She gets her inspirations from nature and you can see all these colorful elements reflected in her designs. 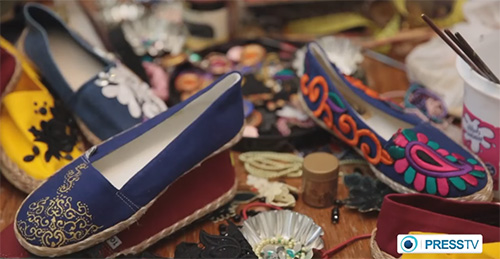 “All the manteaus that you see here, their fabrics, and the designs painted on them were selected such that they would not only be modern but also reflect the beauty and originality of our culture, something that would reflect our Iranian identity. We also wanted to show that we, Iranian women, can observe hijab in our clothing while, at the same time, wearing clothes that befit us and our identity”, says Yasaman Haghighatgoo, Iranian fashion designer. 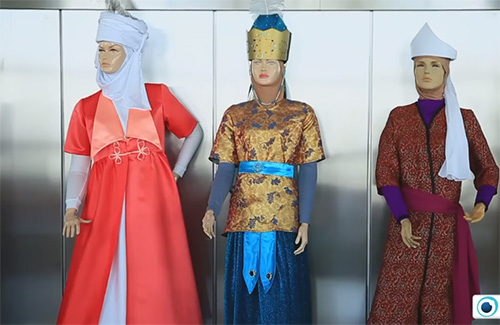 Talking about enthusiasm, we introduce you to Nooshafarin Davoodi, a passionate fashion designer and researcher, who has dedicated years studying the clothes Iranian women have been wearing throughout centuries.

In the recent exhibition held in Tehran's Tower, we got to see from up close how Iranian women dressed and expressed themselves. The variety of clothes was tremendous here. From clothes worn in the 2 and 3 millennium B.C. to those worn by different tribes and also religious minorities. 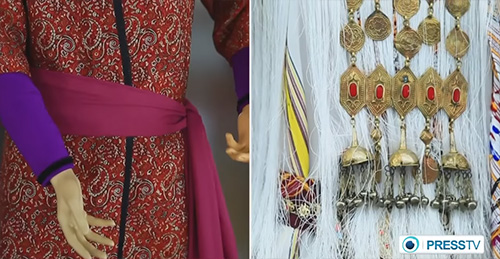 The women in the Safavid period used to wear some kind of headwear. Now, that depended on their social rank. From different crowns made with gold and silver, with beautiful jewels, to different forms of fabric in different colors.

Here is a beautiful blue dress that has been inspired by the clothes that women used to wear back in the Timurid period, which is about 600 years ago. 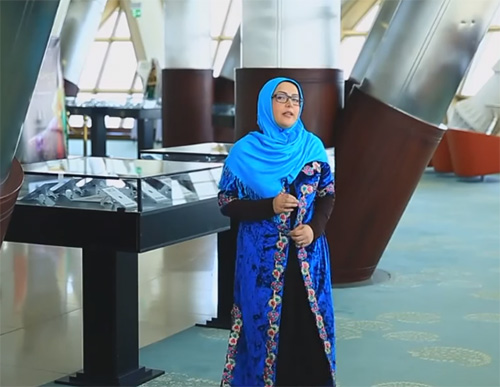 “The characteristics that set Iranian clothing apart from other clothes in the world are numerous, like the vivid colors and the artistic ability of the designer that is sewn into the dress. Like sewing on Pateh (a type of Iranian handicraft), needlework, and sewing tapes, ribbons, and most importantly coins on clothes. The coin, for example, indicated the woman’s wealth. The sound of the coins on a woman’s clothes would indicate her presence to everyone. The coins were a sign for the Iranian woman. The clothes of Iranian women, through the centuries, have been beautiful and eye-catching but, at the same time, they completely covered the body, too. At a certain time in history, men copied women’s clothing types wearing long shirts that covered their legs”, says Nooshafarin Davoodi, Iranian fashion designer and researcher.

The women in the Qajar period used to wear a chador to cover their clothes. Now, this chador ranged from different colors: from black to navy blue and beautiful turquoise. 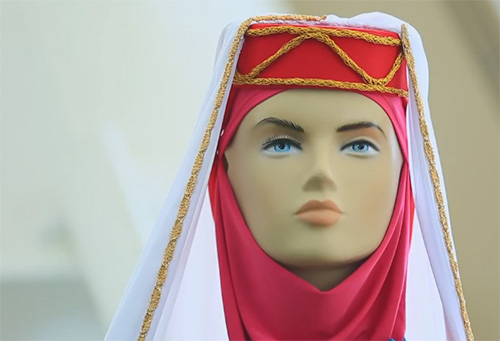 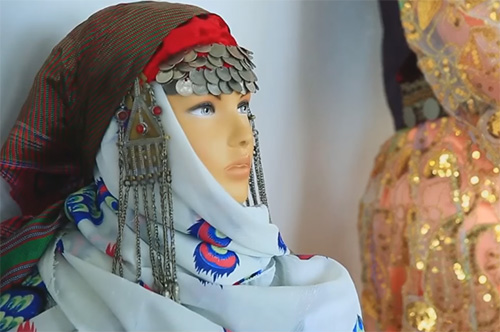 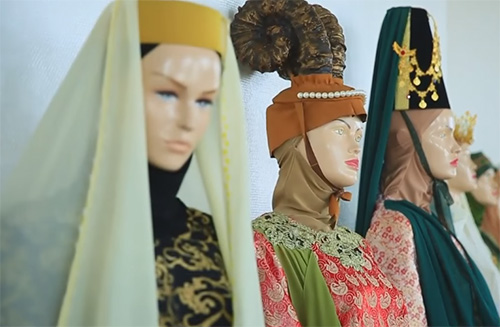 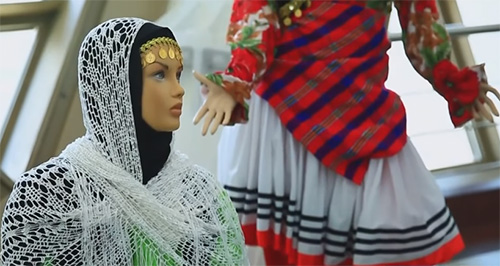 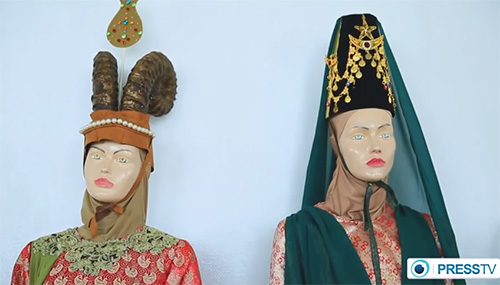 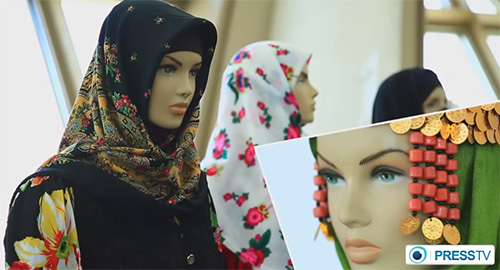 Let's take a brief look at some of the clothes Nooshafarin presented in the exhibition.

The Torkaman women in Northeastern Iran wear outfits made in silk and decorated with needlework. Clothes tend to favor rusty and earthy colors, such as deep reds and dark browns. 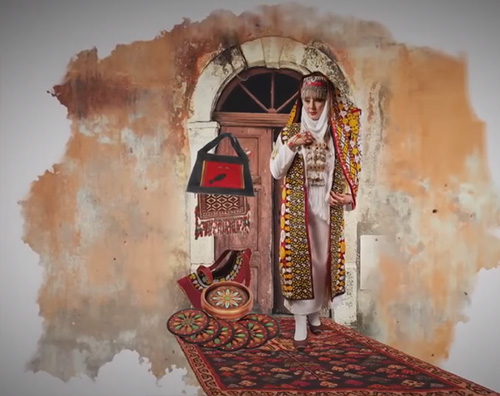 The Kurmanji women who live in the Khorasan province, wear a colorful dress with coins sewn on the vest and on the scarf. A pair of long earrings is also attached to their scarf. Their handmade shoes are called “shahrokh”. 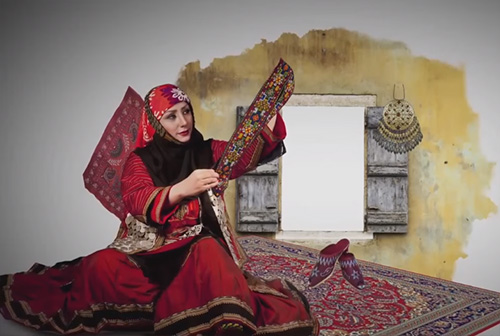 The Qashqai women who live in the province of Fars are known for their multi-layered skirts, bright tunics, and lengthy headscarves that blanket a large part of their tunics. 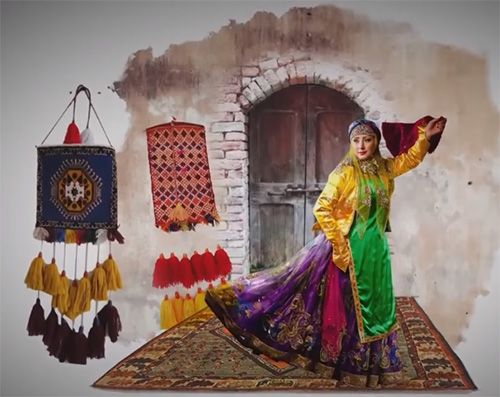 The Baloch women, living in the southeastern province of Sistan and Balochistan, wear outfits decorated with needlework. Their sleeves, collars, and pants are donned with embroidery. They also wear a chador made out of fine fabrics to cover their clothes. 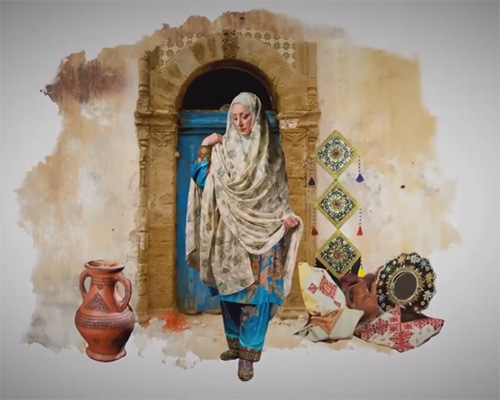 Going back in time, and this is how women dressed in the Qajar period from 1785 to 1925. Long-sleeved dresses with slits on the sides or white frilled skirts, edged with laces in the bottom, were typical those days. 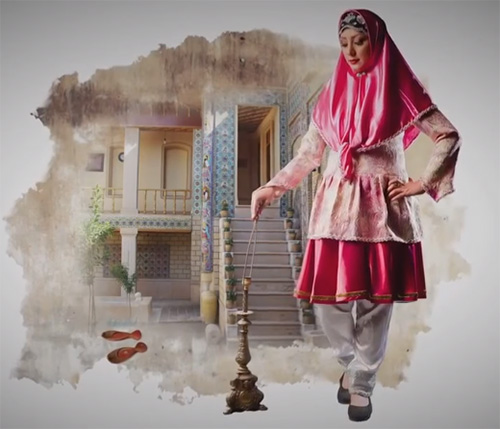 This stunning dress is from the northeastern province of Khorasan. Red silk is used throughout the outfit, with large baggy pants underneath the skirt. 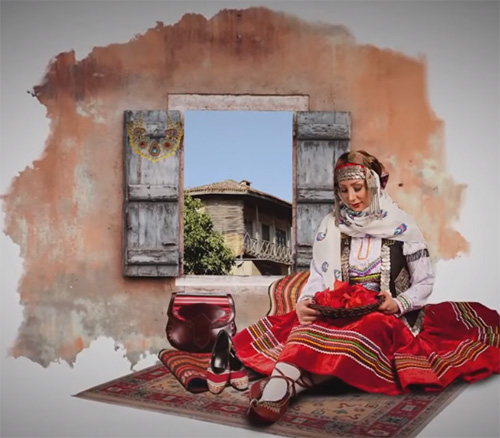 Women who live in Aliabad-e Katul, a city in the northern province of Golestan, wear sequined clothes, decorated with handmade frills and coins. Their traditional costume includes a dress, a crimped skirt, a hat, a scarf, and a special collar. 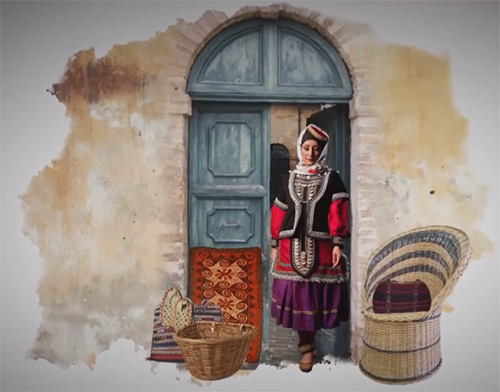 And finally, the women in Mahabad, a city in the northwestern province of Azerbaijan. For these women, brocade fabric says it all. The dress is often colorful and vibrant, with hats decorated with coins and shiny sequins. 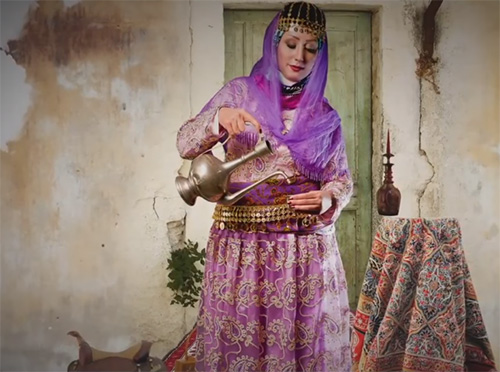