The traditional Ottoman male clothing in the 17th century looked pretty and unique – ornate, often made from silk, beautifully patterned, and designed in an original fashion. Some of the garments were commonly used not only in the Ottoman Empire but by its neighbors as well, but the whole outfit allowed you to recognize the wearer at once. Especially, the typical turban. The silhouette and cut of the attire also emanated a distinctive Ottoman charm and noble air.

Costume of Mehmed IV Giray Sufi (1604-1654), khan of the Crimea, politician and military leader. Wax figure; the clothing is accurate modern replicas of authentic pieces. You can see that he’s wearing a turban made from silk fabric. Actually, most of his garments are sewn from silk – Ottoman rulers loved silk because it’s a noble material and it suits the hot climate perfectly. Also, his outerwear is interesting and rather accurate – this kaftan has long hanging sleeves with openings so that a person can get rid of them if it’s warm or he doesn’t need them at the moment. The collar is fur-trimmed – a sign of wealth and status. The man has a single weapon – his saber. 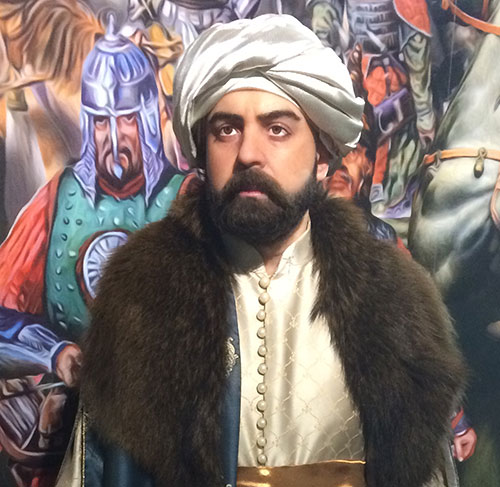 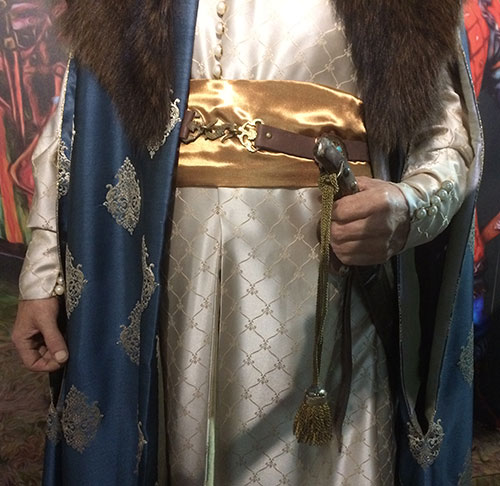 Ambassador of the Ottoman Empire (the 17th century). Wax figure; the clothing is accurate modern replicas of authentic pieces. He is dressed in a similar fashion to Mehmed IV Giray but his outer kaftan is without hanging sleeves. The inner kaftan traditionally has a row of buttons that reaches the waist and a stand-up collar. The ambassador has a saber attached to his belt. 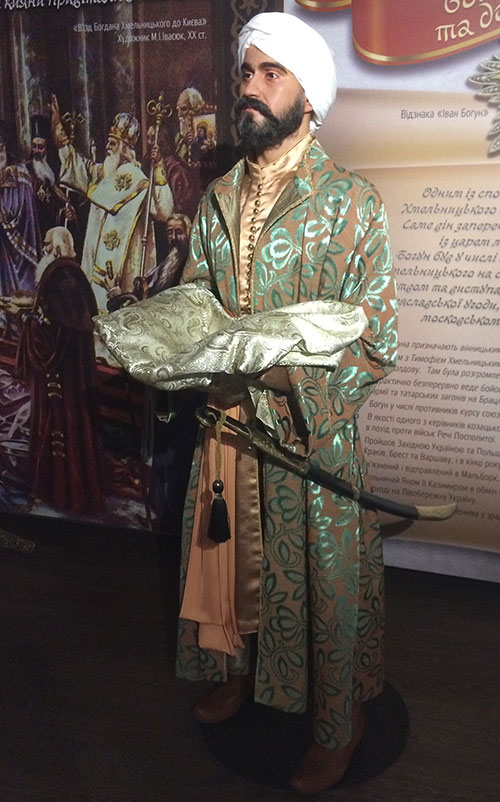 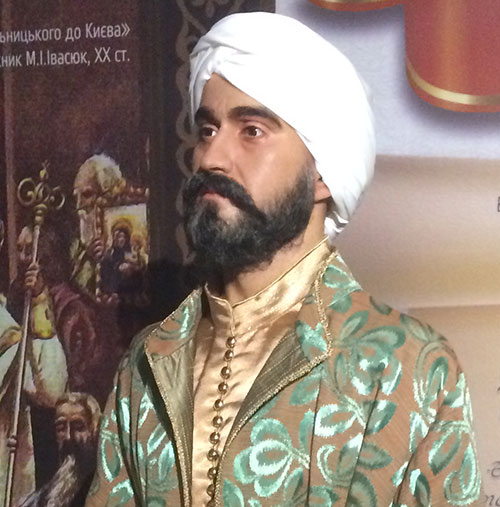 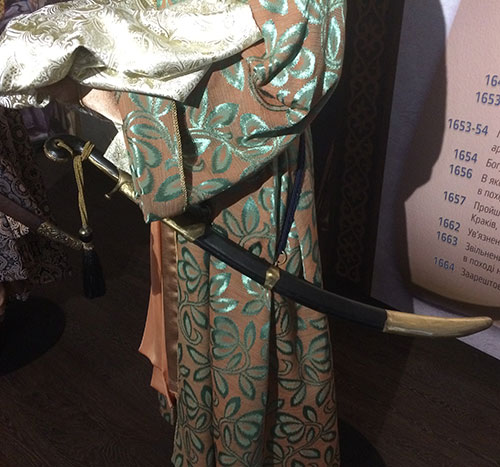 Ukrainian Cossack dressed in Ottoman clothing. It was a military trick. Wax figure; the clothing is accurate modern replicas of authentic pieces. The clothes of Cossack, Ottoman, and Polish nobility were rather similar-looking at the time (around the 17th-18th century). Baggy trousers, wide silk sashes, upper garments with a row of buttons and, often, hanging sleeves, etc. But turbans were worn only by Ottomans. Also, this outer kaftan is more typical for Ottomans. He has his weapon on him – a saber and a dagger, beautifully decorated. 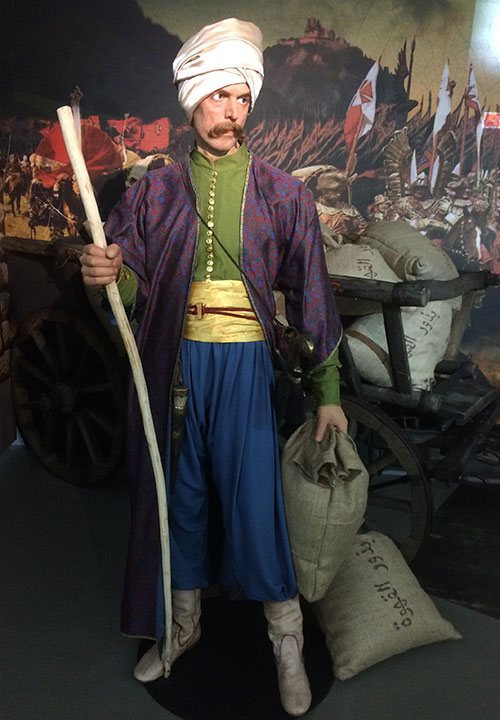 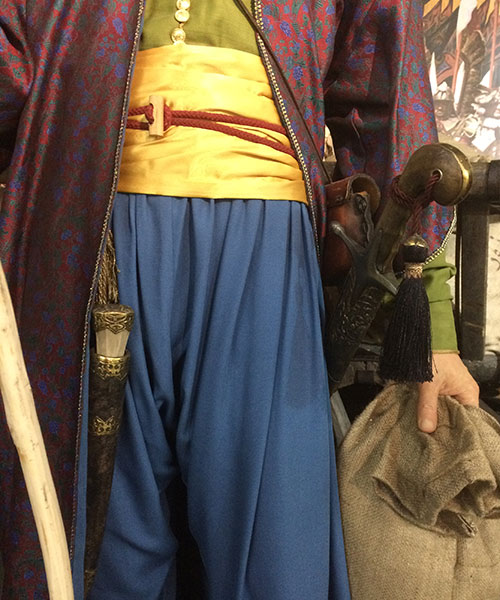 Interesting fact! Cossacks liked outer garments called “zhupan” with the same long row of buttons as the Ottoman kaftans you see above. These buttons were often made from some kind of metal, had a round shape, and their size corresponded with that of musket bullets. So, when a Cossack ran out of bullets, he could tear off his buttons and load his musket with them. The Ottoman buttons we see in the pictures above are flat or semi-round, so they can’t be used as bullets. 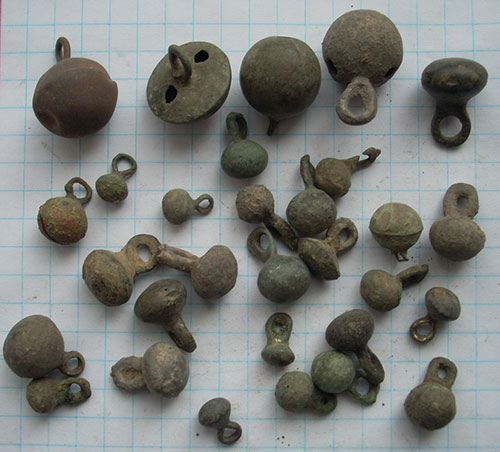 Cossack buttons that could be used as bullets. Archaeological finds