Azerbaijani tribal and rural women maintained their clothing traditions for a long time. The male folk clothing of South Azerbaijan is comparatively simple, designed in typical Caucasian style. Female costume of this area is rich in ornamentation and very feminine. South Azerbaijan was famous for its fabric production. Moreover, Azerbaijani traditional fabrics are colorful and often have funny patterns on them. It’s a pity, modern Azerbaijani women mostly gave up wearing clothing made from such fabrics.

The fabrics historically used to make clothes in South Azerbaijan are diverse. The silk and wool were surprisingly among the cheapest cloths because of the easy accessibility to the raw material. Also, such fabrics as satin, brocade, velvet, taffeta, muslin, termeh, and cambric were produced in South Azerbaijan. So, all these fabrics were widely used in the local clothing industry. Furthermore, they were exported to other countries as well. 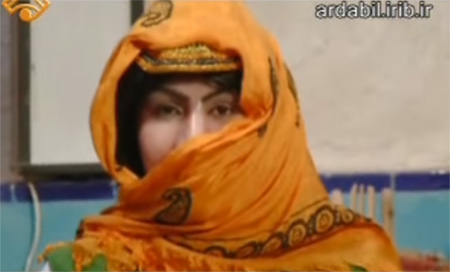 If to talk about the fabrics used to make local folk costumes in more details, the underwear, as usual, was sewn from linen or cotton cloth (for ordinary people) and from silk (for wealthy Azerbaijani people). The men’s traditional outer garments were made from woolen cloth, while women preferred silk, velvet, and termeh. The craftswomen made the ceremonial outfits in Azerbaijan from the finest and most expensive materials and richly adorned them with ornamentation (embroidery, silver coins, metal decorations, etc.). Very often, the ornamentation of such garments showed the affiliation to a certain region, city/town/village, or even family. Of course, other characteristics of a person are also seen in the decorations of a costume. For example, age, marital status, and so on. 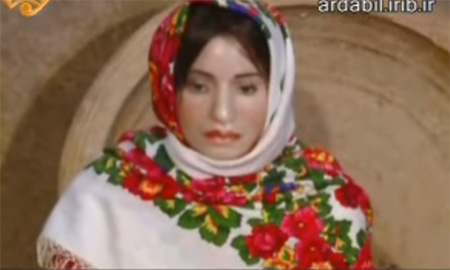 The colors and patterns used in the clothing of rural Azerbaijani women are very diverse and sometimes even somewhat funny. It is the unique characteristic of rural women’s clothing from many areas in Azerbaijan. Of course, modern rural girls don’t have a high interest in such traditional fabrics and prefer ready-made clothes made from the fabric with simpler patterns and different single-colored fabrics. However, the folk costumes, still used by local women and displayed in museums, are made from typically Azerbaijani patterned cloths. The variety of beautiful colors and fabrics used to make the traditional clothing was inspired directly by nature and local environment. And another thing: Azerbaijani folk costumes have been adapted for use during all of the seasons – thus, the fabrics are multi-functional. 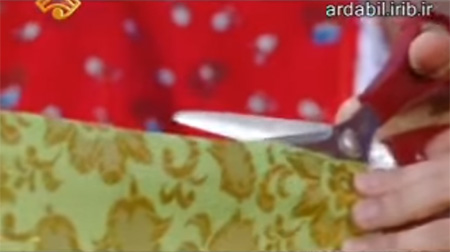 Koynak or goynek (as it is called in many regions of Azerbaijan) is an outerwear. It is, usually, made of silk. Koynak has a slit in the front and loose sleeves that allow the freedom of movement.

Jabken is a short jacket with full, very long sleeves. This garment is made from velvet or silk brocade and richly embroidered.

Arkalik is extremely popular in South Azerbaijan. The upper part of the garment is tight-fitting, as well as the sleeves from the shoulder to the elbow; the lower part is wider and has pleats; the sleeves widen down from the elbows. Arkalik is richly ornamented and is a perfect garment for special occasions and festivities.

Labbadah is a shoulder garment. It reaches the waist of a wearer and is open in the front. The sleeves are elbow-length and have slits under them.

Kurdu is a female short sleeveless vest. It is a winter garment. Kurdu is made from velvet and adorned with rabbit fur around the collar, cuffs, and hem. 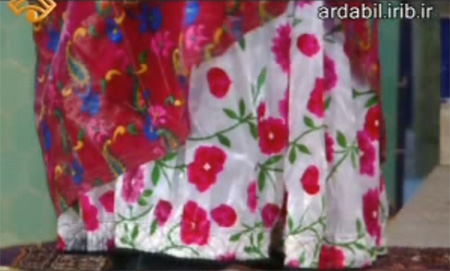 In the past, the production of clothes in Azerbaijan was a complicated process. The garments were handmade; many of their pieces, details, and decorations had a symbolic meaning. Every woman was a skilled seamstress. Females could even use several different sizes of needles during sewing one shirt. Today, as industrial clothes-making is popular, all the garments are produced by a machine. The modern clothing pieces have no soul, no energetics, no meaning (except for the comfiness and good appearance). Whereas, the traditional fashion of Azerbaijani tribes made sewing clothes a really eye-catching hobby.