In Great Britain, a stunning piece of vintage royal clothing was found. It is the one and only dress of Elizabeth I (ruled England in 1558-1603) that survived until today. At least, no other garment of this Tudor Queen is known to still exist. As we can find out from history, Elizabeth I wore pompous dresses made from the best fabrics available, but all of her articles of clothes were sold out or reused. And now, there is one item that was saved, and it is now being restored and studied.

For many years, it had taken pride of place as an altar cloth at a small church in rural Herefordshire (West England), a gift to a devoted lady-in-waiting from her beloved monarch. But until now, no one had known just how rare it was. 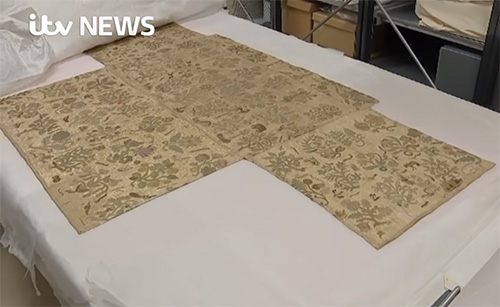 After detailed detective work, experts now believe this is the only surviving piece of clothing worn by Elizabeth I.

“Nothing else exists so far. This is, at the moment, one of its kind”, says Eleri Lynn, curator of Historic Royal Palaces. 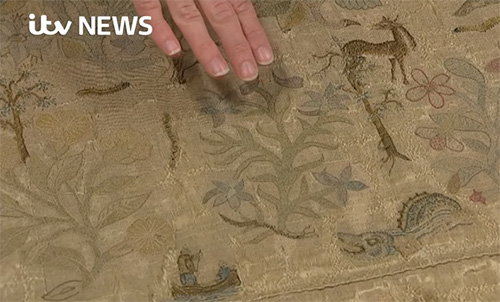 Curator Eleri Lynn visited the church during research and identified the cloth of value through the style of embroidery, the botanical pattern, and the fact that a cloth of silver and gold is used. 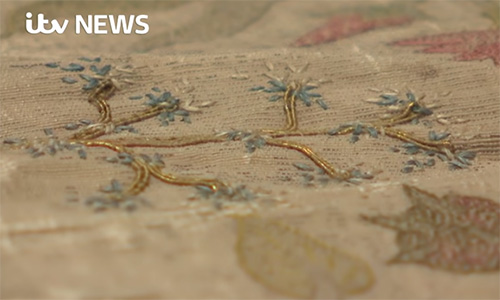 “This is done by professional hands which means that the person who was able to commission this is incredibly high status. So we're already dealing with an item of court dress. It's actually embroidered on cloth of silver and by through-the-century law, this was actually reserved only for the immediate members of the royal family. And, of course, if you're looking at sort of a late 16th-century member of the royal family, that's just Elizabeth”, explains Eleri Lynn.

It's thought it could even have been part of this outfit, worn in this famous portrait of the Tudor Queen. 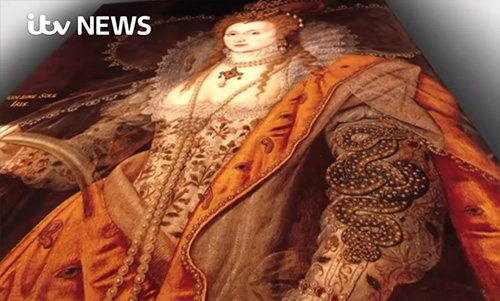 Depictions of her in films have accurately portrayed her sumptuous wardrobe – the best fabrics in Europe and beyond were given to her. But later, her clothing was sold off or the fabric was cut up and reused. 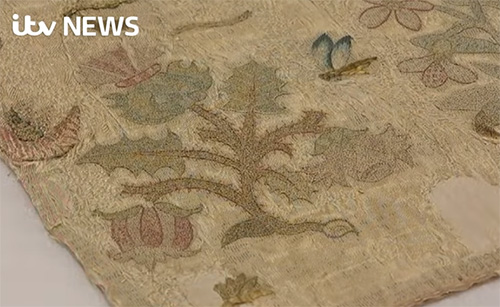 She was, however, known to have given clothes to her favorite lady-in-waiting Blanche Parry, a parishian in the village of Bacton in Herefordshire. For centuries, it was used on the altar and then hung on the wall. 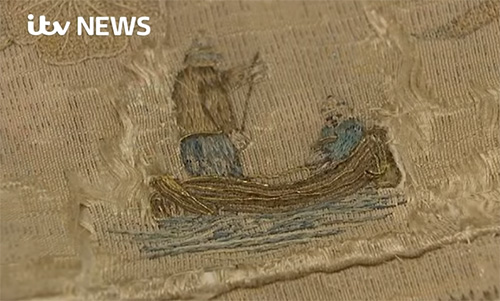 “Well, we always thought it was from Queen Elizabeth I. One of her dresses. But we could never get provenance from it. And then when Eleri Lynn came down, she walked through the door of the church and she went, “Wow!” And it was immediately obvious that it was the genuine article”, comments Charles Hunter, churchwarden.

The skirt is now back for restoration at Hampton Court Palace, where the Queen may well have worn it and where later, it will be put on display.