What hairstyles did women wear in the Victorian era, in the 1870s? Did they use wigs and why? Was hair dyeing popular and acceptable or not? What did Victorian men think of their women’s hair tricks? And, by the way, did males use wigs along with females? Let’s try to answer all of these questions and some more. You should know that Victorian era wasn’t as starchy and ceremonious as we tend to think.

The hair fashion in the 1870s was a time of exuberance and artificiality, minutely detailed in the pages of Harper's Bazaar. 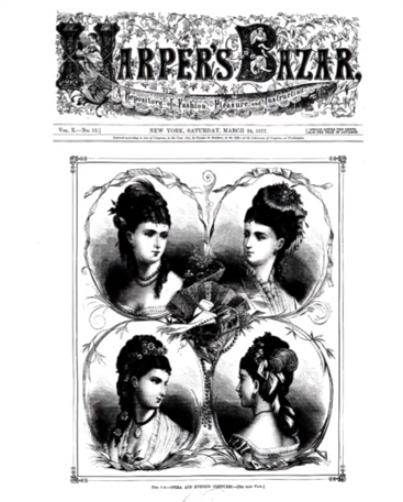 By 1871, the fashionable silhouette had changed dramatically from the mid-1860s. Huge bell-shaped gowns and small heads gave way to heavy draping and bustles, emphasizing the derriere, with hairstyles taking on a similar monumental rear focus. 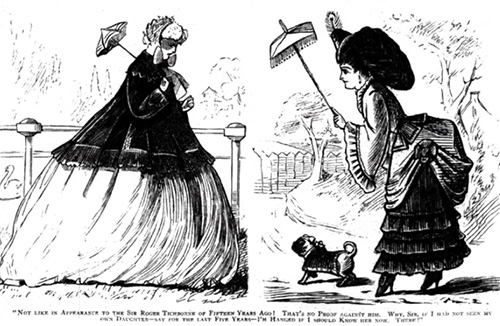 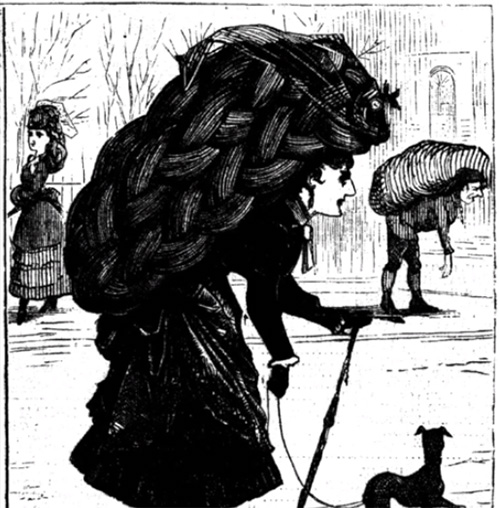 Hairdressers promoted styles requiring hairpieces because they were highly profitable. 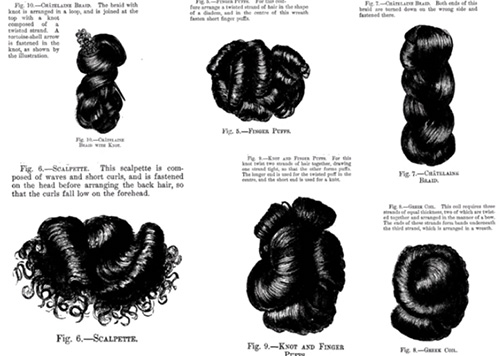 The best-quality hair for wigs was found among the rural peasantry of Europe. Women of all ages would auction their hair for a pittance, usually receiving only a length of cloth, a cheap ornament, or a pair of shoes for several-year’s growth.

By the time their hair was sold as finished hairpieces, it could cost more than an American steelworker earned in a year.

Hairpieces had always been helpful to women suffering baldness, but many fashionable styles were impossible without them, even on the best upholstered heads. False hair became an indispensable piece of splendor, if never entirely respectable. 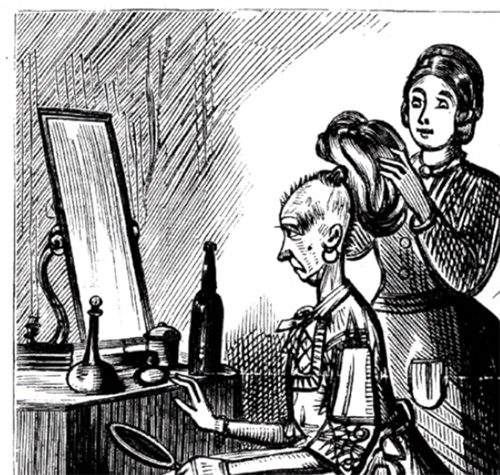 One of Harper's Bazaar’s satirists made cartoons “The use of false hair”. These cartoons give us insights to the challenges of acquiring and wearing false hair. 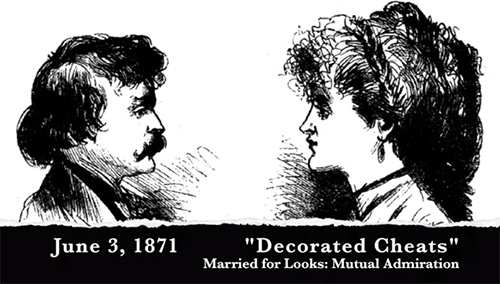 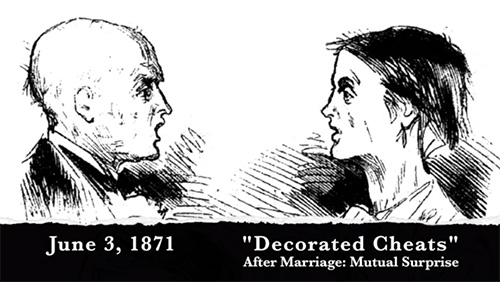 It wasn't necessary to live in a big city to buy false hair. One had only to mail a hair sample, along with payment, to one of any number of vendors, and a color-matched hairpiece would be returned by post. 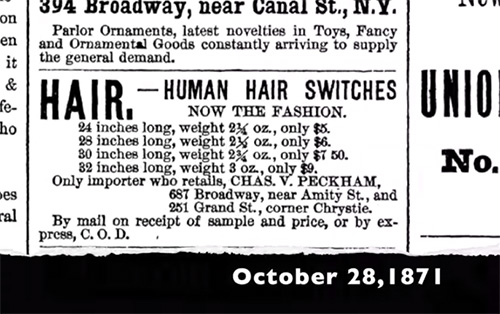 Since mail-ordered hair could not be tried on, the sample that one sent was critical to the matching process. Inadequate samples could result in nasty surprises, especially when one sent hair cut from the tips only, rather than an entire strand cut near the scalp. Such a predicament is related in the cartoon “A Dreadful Accident…”. 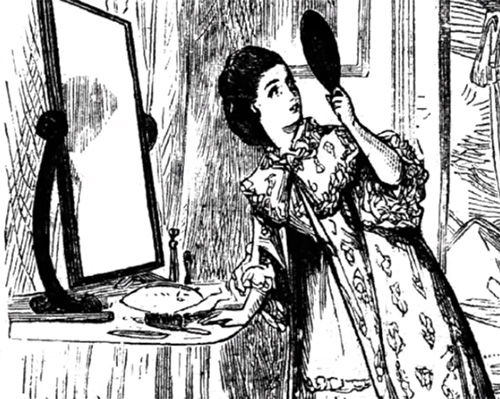 – What is the matter?
– Why, Clara's new chignon has come home half an hour before the dance party, and it is at least five shades lighter than the rest of her hair!

Clara, when she sent off her sample, didn't account for the fact that the tips of natural long hair are always lighter in color than the root. The difference in color between Clara's own hair and the hairpiece would be comparable to that between light brown and lightest blonde. 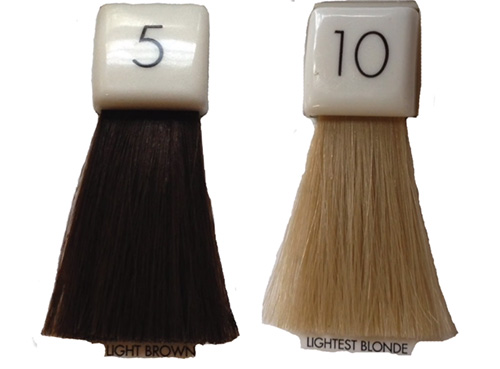 Women wearing false hair were subject to sudden social indignity because hairpieces were prone to slip off during vigorous activity, especially dancing, much to the delight of impertinent gentlemen. 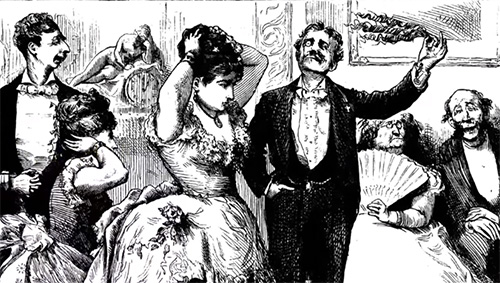 And hairpins weren't always up to the task of keeping both a woman's coiffure and her hair ornaments in place.

Here also are several old photos of Victorian hairdos from private and museum collections. They show thick false braids on top of the head with tumbling curls in the back or similar hairstyles. These curls can be made from the natural hair or false hair, as one pleases. 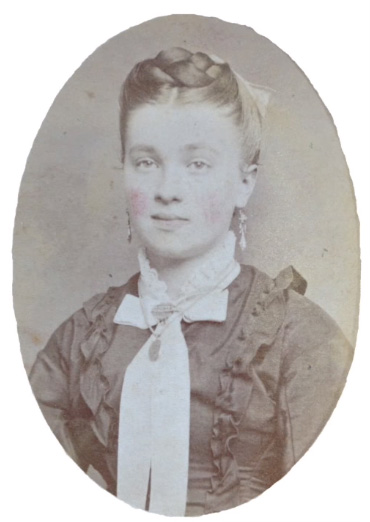 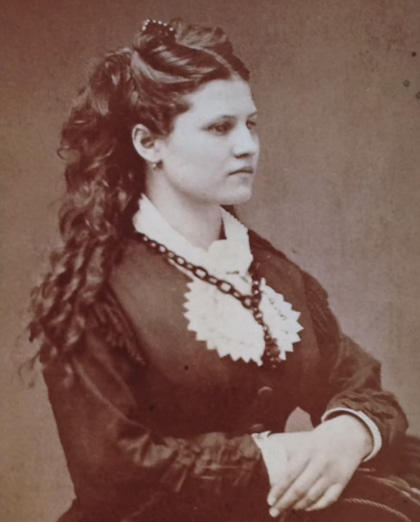 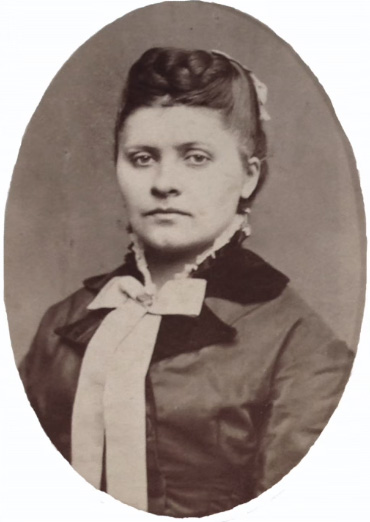 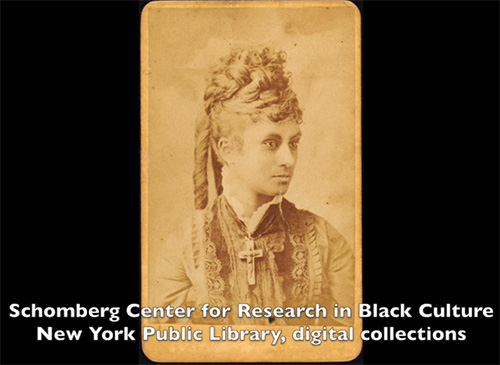 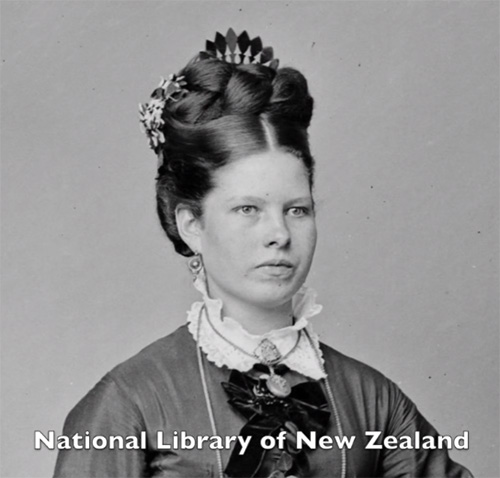 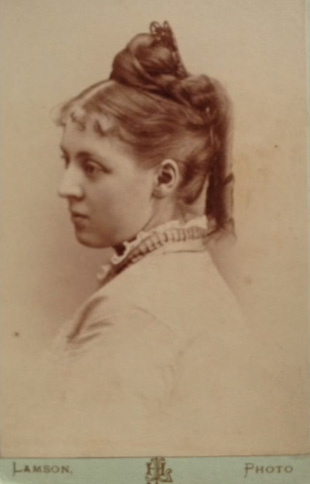