The traditional outfit of Karpathos island in Greece is rather modest. Married women are dressed mainly in black, with a few bright spots – embroidered edges of their garments and floral patterns on their headscarves. Younger girls, of course, use much more colorful clothing – their garments are richly embroidered, decorated with beads, sequins, and bright patterns on the fabric. But still, the bodies of local females are fully covered when they wear folk costumes, which is actually not surprising because a lot of traditional outfits are modest and virtuous.

The sakofoustano has a pleated skirt. The garment is made from colored brocade fabric and adorned with bright ribbons, sequins, and other decorative elements. Historically, brocade was brought to the island by men who were sailors and merchants and thus, traveled a lot.

The kavai is a black overcoat worn by married women in Karpathos. It is worn over the sakofoustano. The kavai is usually lined with white cotton and embellished with embroidery around the edges. There is an interesting detail about wearing the kavai – the lower right corner of this overcoat is often tucked into the belt so that the sakofoustano underneath is visible. 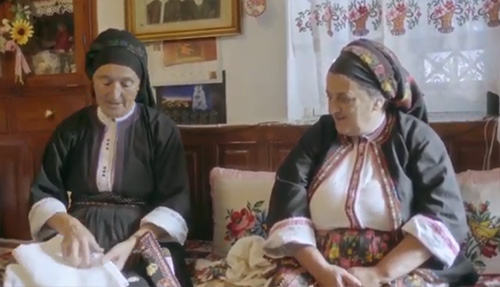 The podia is made from brocade and decorated in the same style the sakofoustano. 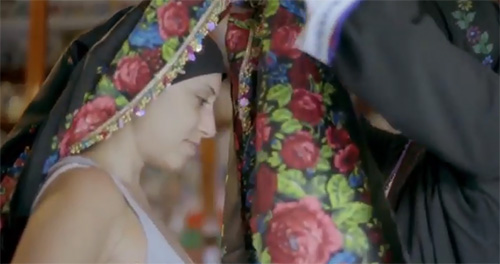 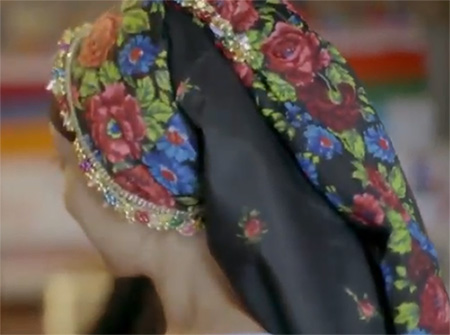 The traditional shoes in this area are boots made from soft lambskin and decorated with embroidery. The leather used to make such shoes is obtained only in spring, when the animal is killed to cook the Easter dinner.

As jewelry, females in Karpathos use necklaces made from gold coins. These coins are passed from mother to daughter as dowry.

Mainly, older women wear the local traditional costume in everyday life, but young girls use it too – when they go to church, wedding, or local festival.