Oldest beaded necklaces found on Ukrainian land. Some of them date back to the 11th century B.C.

Women from different corners of our planet love beads. And, according to archaeological finds and historical documents, people have been wearing beaded jewelry for ages. We’ve made a short sweep through several Ukrainian archaeological museums to gather for you the photos of beaded necklaces from the oldest historical periods – Scythian, Sarmatian, Age of Antiquity, Medieval, etc. It’s funny but you can barely distinguish the necklaces from eras that are thousands of years apart. Amazing how people could produce such cute handmade glass, stone, clay beads around 3,000 years ago!

We apologize for the quality of some photos – all the exhibits are behind the glass, as they’re rare and valuable pieces of history. 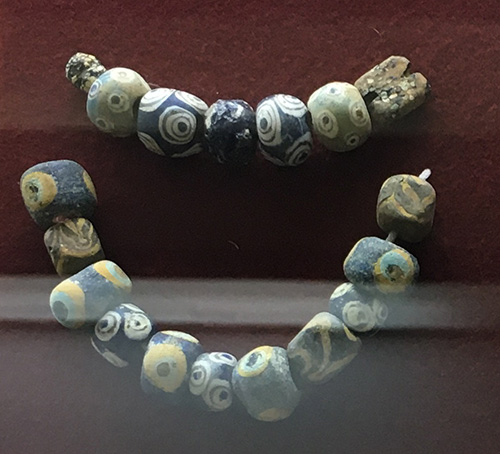 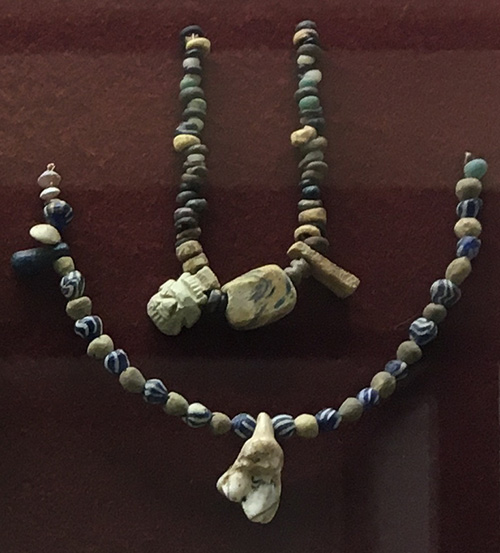 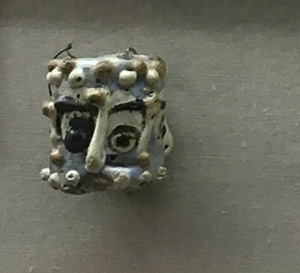 Necklaces from the Scythian-Sarmatian Age, the late 6th – early 4th century B.C. They are made from stone and glass beads and gold elements 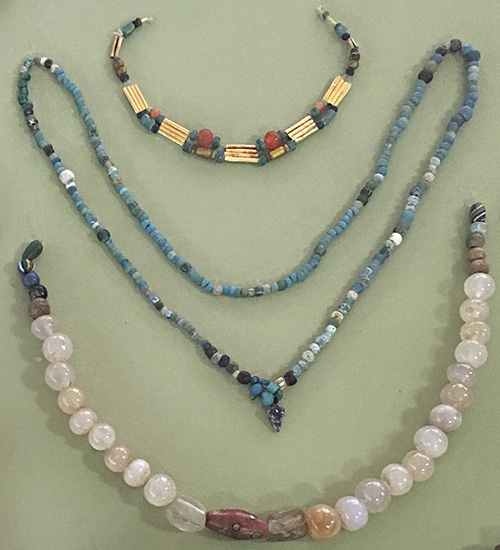 Glass beads from Central Ukraine, the 5th-3rd century B.C. Note that they already have pretty patterns on them 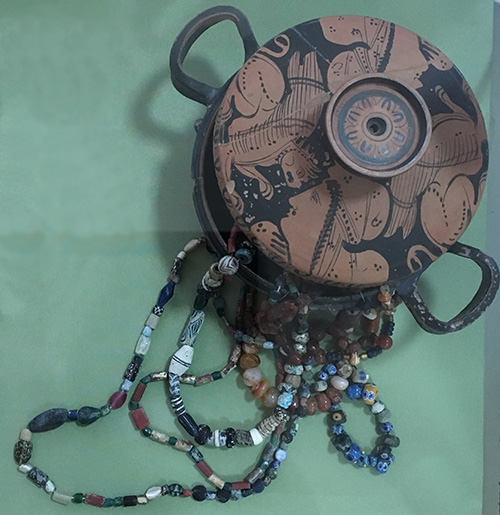 Charming beads from the Age of Antiquity, the territory of modern Southern Ukraine, the 4th century B.C. – 4th century A.D. 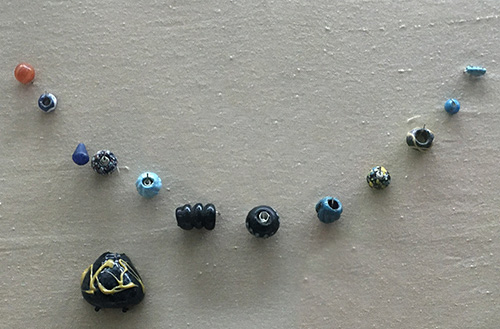 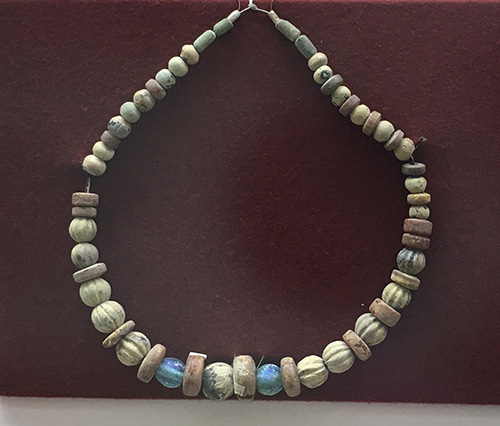 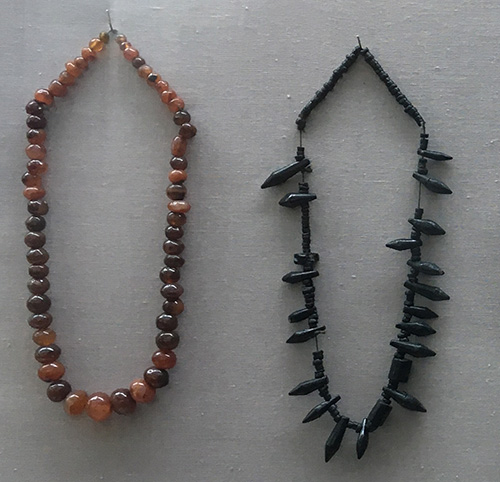 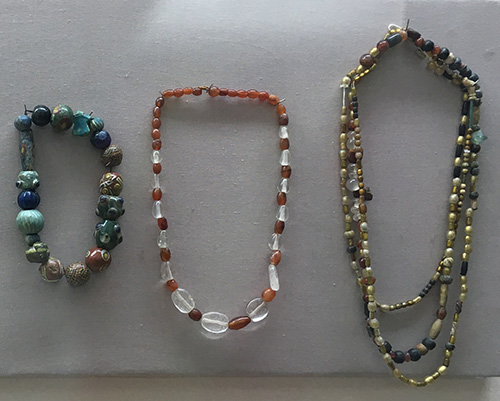 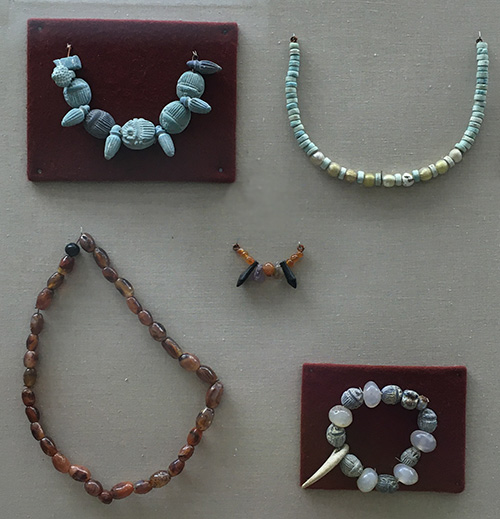 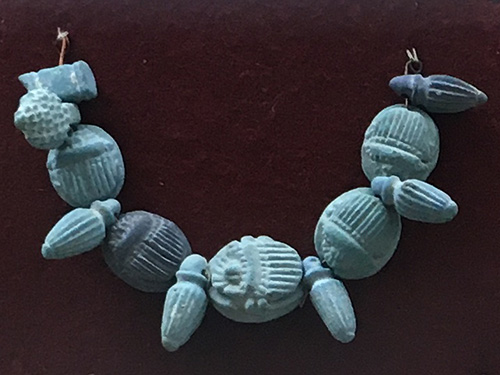 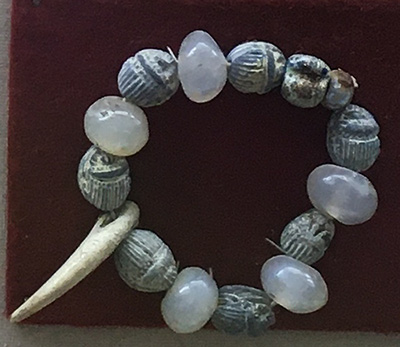 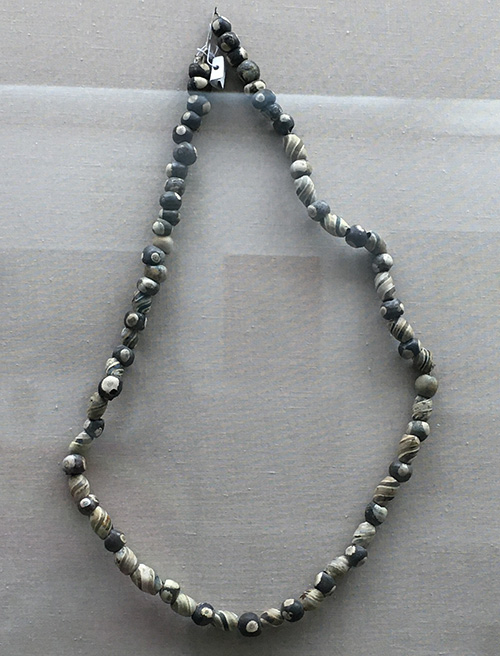 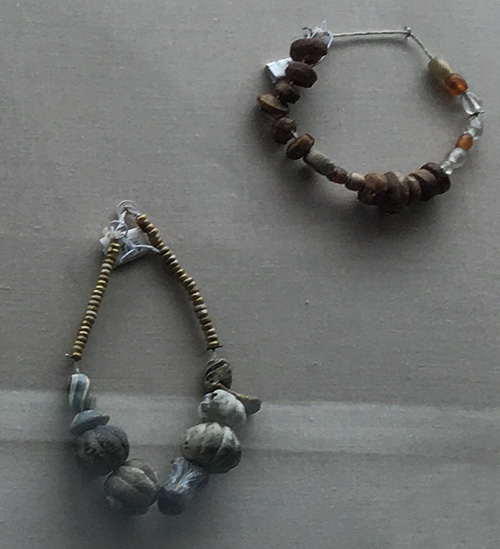 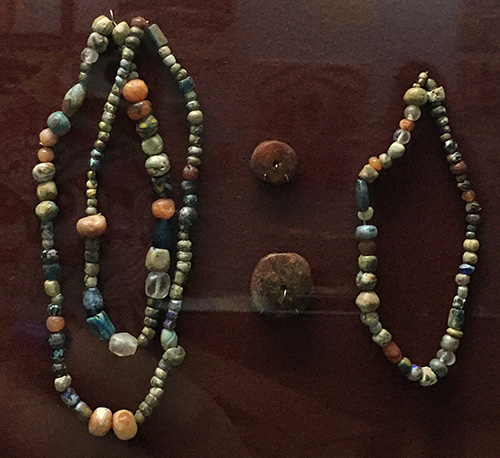 Old necklaces, Crimea, the 4th-8th century. They include seed beads, glass beads, clay beads, amber, carnelian, and coral beads. On the right, there are several single beads (agate, clay, and amber). Also, you can see a bracelet made from beads 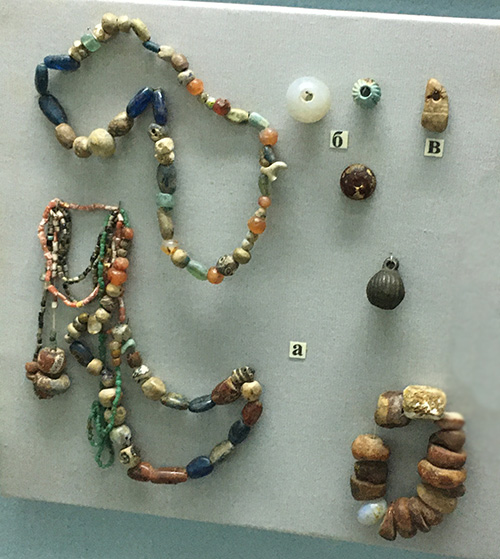 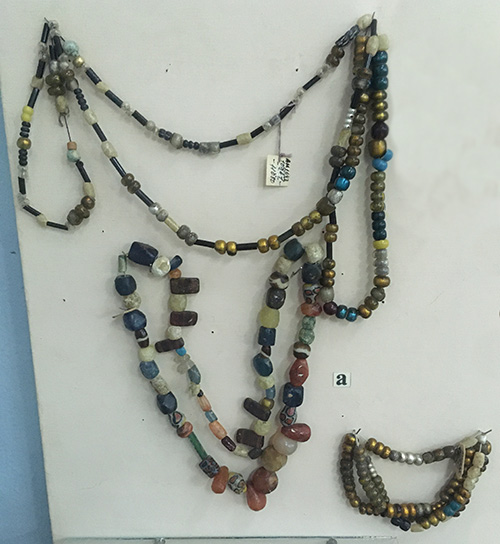 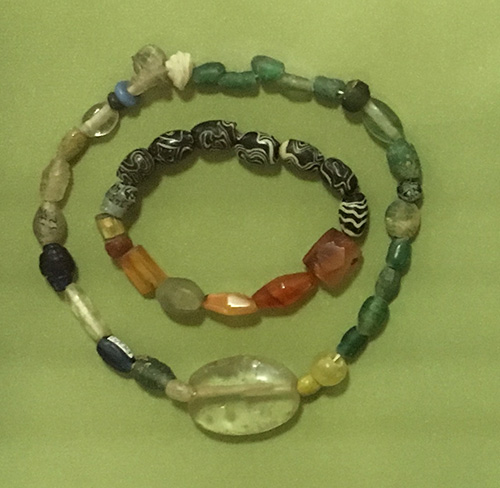 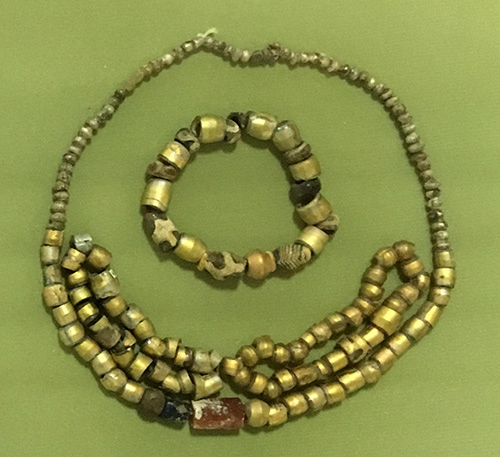