Royal apparel worn in Kyivan Rus in the 13th century

In the mid-13th century, Kyivan Rus’ fall into pieces after the Mongol invasion. And one of these pieces – the Kingdom of Galicia-Volhynia – was ruled by the king Daniel of Galicia. Historians know exactly how he looked like and dressed. So, let’s see on his example and the example of his closest royal men, what clothing the European royalty wore in the 1200s. The outfits we’ll show you are modern and very accurate replicas of authentic costumes. Though, they are exhibits in a museum and so are made from cheaper materials – no gold, real pearls and gems, etc.

The photos are from The Museum of Making of Ukrainian Nation, Kyiv, Ukraine

Royal attire of King Daniel of Galicia (1201-1264), son of Kyivan Rus’ prince and Byzantine princess. Ruled in Kyivan Rus’, Galicia, and Volyn. Wax figure; the clothing is accurate modern replicas of authentic pieces. You can see that his attire is richly decorated with gold embroidery, pearls, beads, and gems. The tunic is trimmed with fur – also a royal feature. Even his shoes are ornate. He has a long sword in a beautifully adorned scabbard. 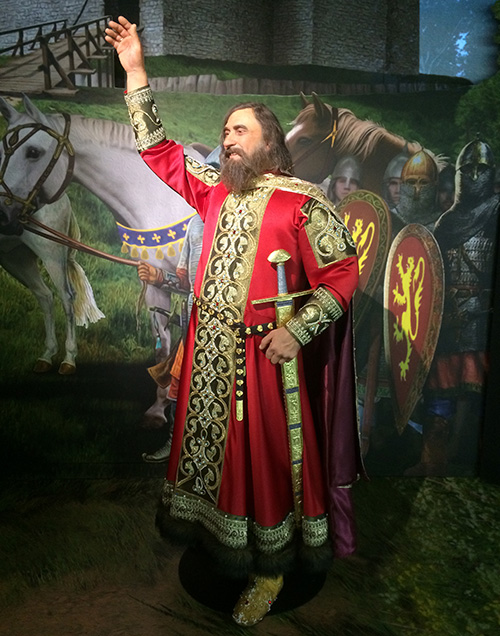 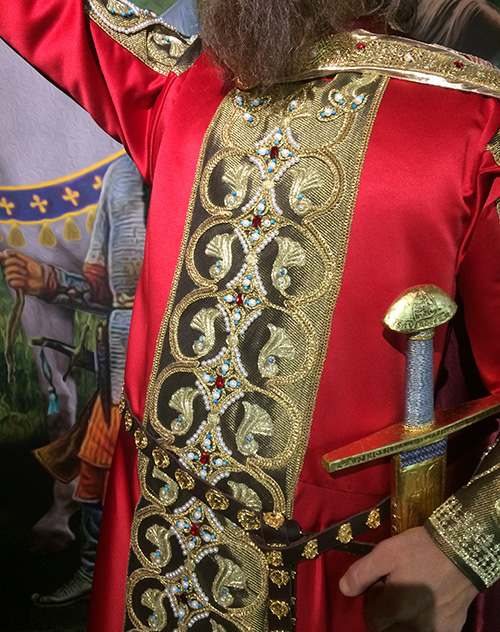 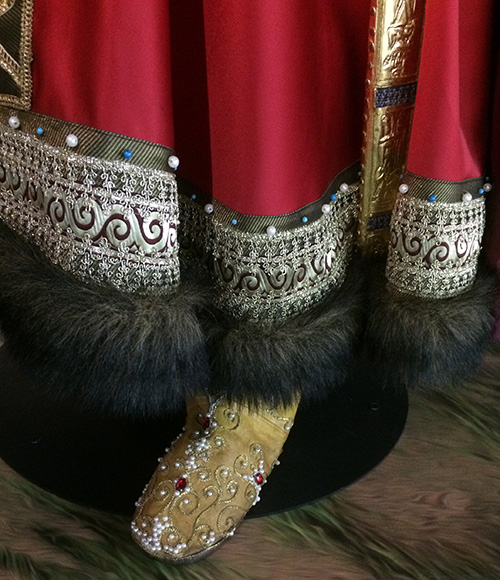 Costume of Vasylko Romanovych (1203-1269), brother of Daniel of Galicia. Ruled in Belz, Berestya, Peremyshl, Peresopnytsia, Lutsk, and Volyn. Wax figure; the clothing is accurate modern replicas of authentic pieces. His outfit is very ornate, it is embellished with depictions of his family crest. His shoes are also decorated with embroidery, pearls, beads, and gems. His cloak is nicely decorated as well. 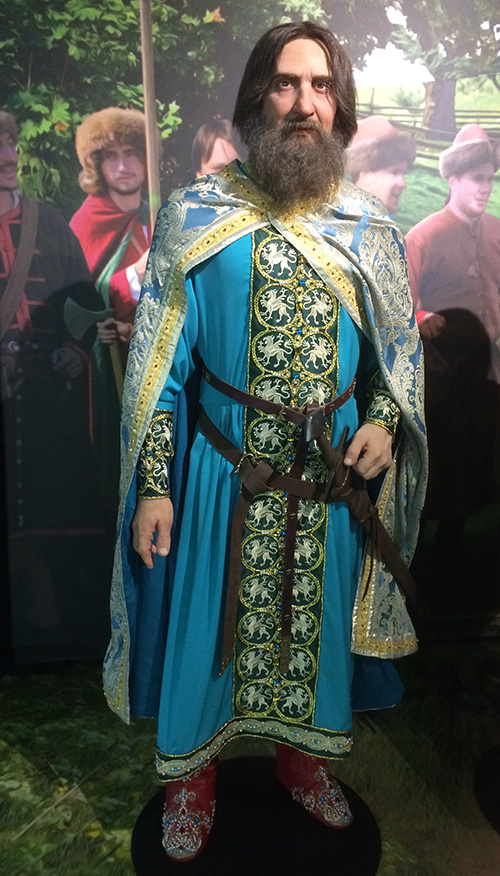 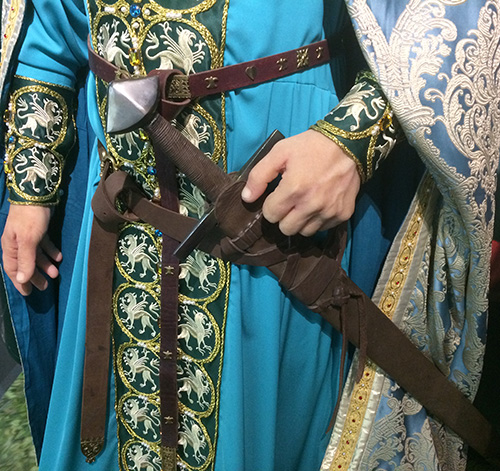 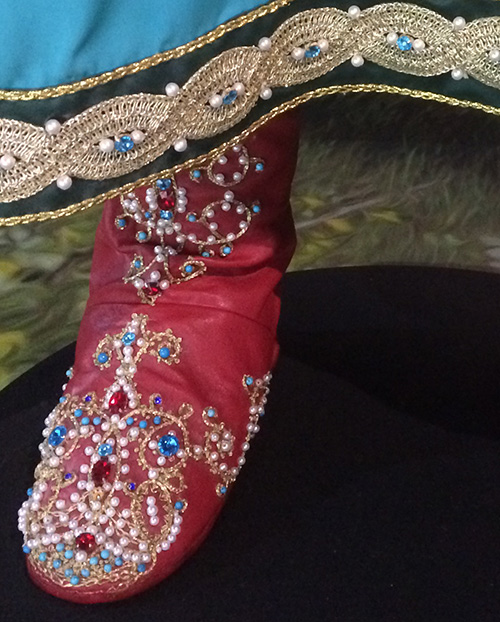 Apparel of Lev I Danylovych (around 1228 – around 1301), son of Daniel of Galicia. Ruled in Peremyshl, Galicia, Belz, Kyiv. He is believed to be the founder of Lviv (one of the biggest Ukrainian cities). Wax figure; the clothing is accurate modern replicas of authentic pieces. Unlike his father and uncle, he’s wearing a much shorter tunic with trousers. But the tunic is also richly adorned with embroidery, pearls, beads, and gems; it even has religious images embroidered on the chest part. The long cloak is fastened with a beautiful fibula (originally, it would be gold). His high leather boots don’t have pearl & bead decorations, but it is fine leather with stamped patterns. 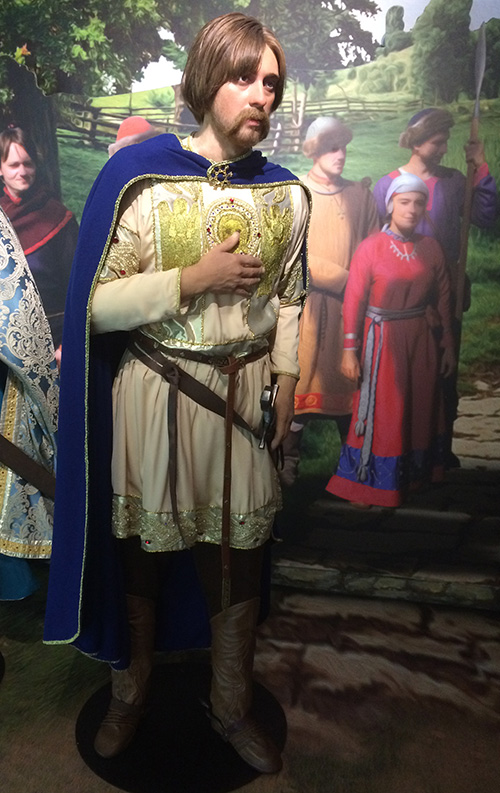 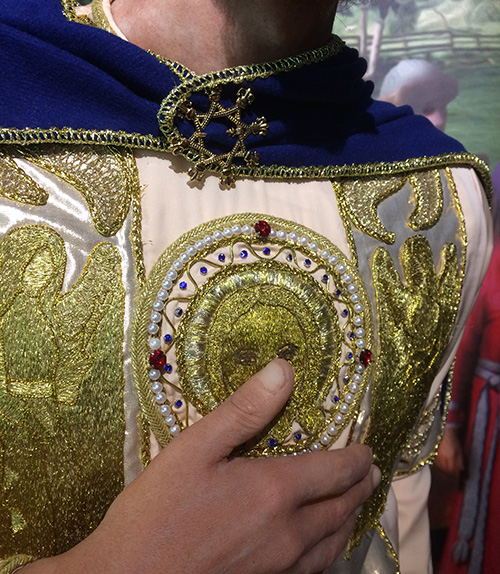 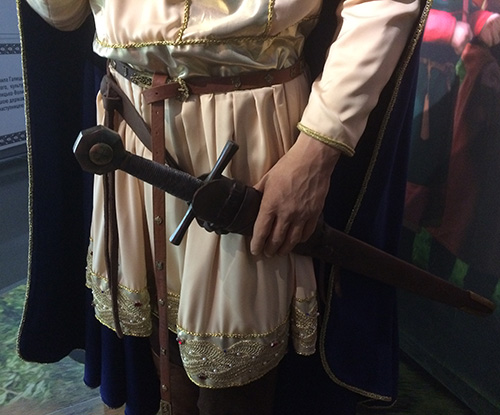 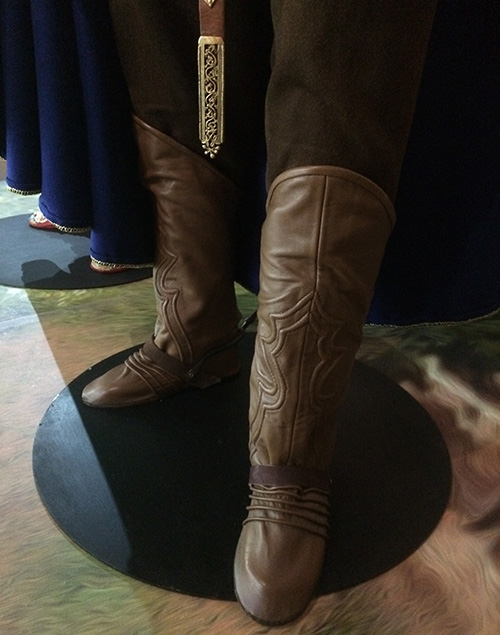