Ukrainian authentic shoes may look a bit weird but that’s what people wore 100 years ago. This footwear was not as comfortable as modern high-tech shoes, but these pieces fit their time. And, as you see, our ancestors used to put a lot of effort, taste, and time into making every small clothing article, including shoes – they often are adorned with embroidery, beading, cutting, and stamping on leather, even the buckles were decorative. Such vintage footwear is now displayed in museums and kept in private collections, but looking at these shoes, you can easily imagine people wearing them in daily life.

Women’s high leather shoes. They have heels, lacing, and are richly adorned with patterns. Such shoes were used in many regions of the country 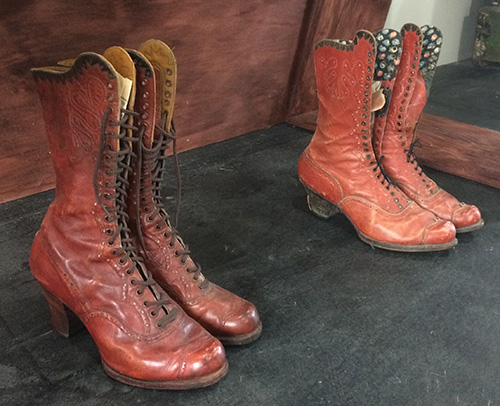 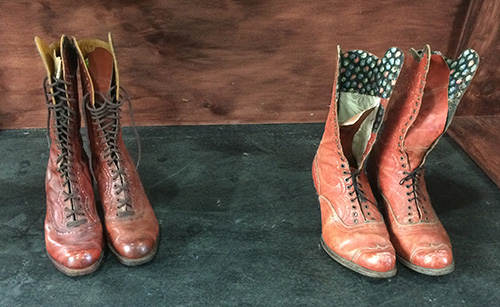 Female leather shoes from western Ukraine. They are embellished with cutting and stamping on leather. Also, there is a buckle on each shoe 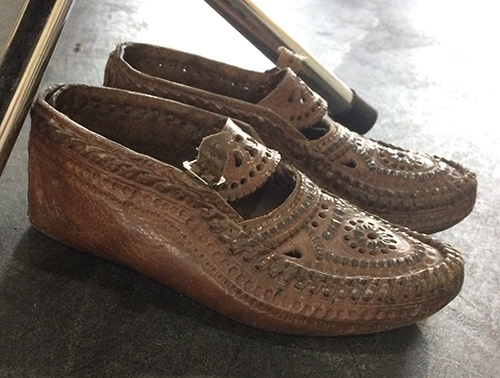 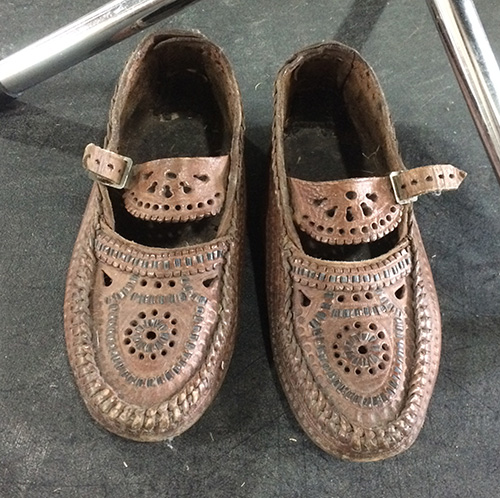 Male leather shoes called “postoly” from western Ukraine. They are worn with special wool leg wrappings, usually decorated with embroidery on the upper edge. The footwear is adorned with cutting and stamping. Each shoe has 2 straps and buckles 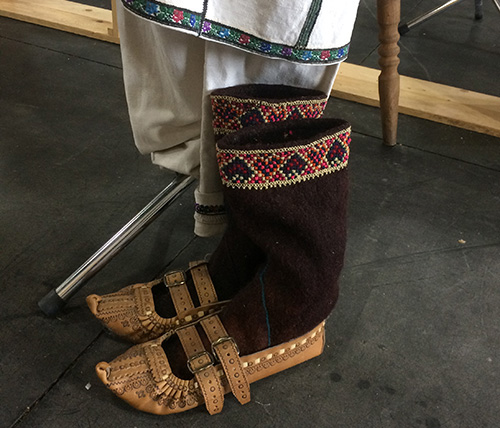 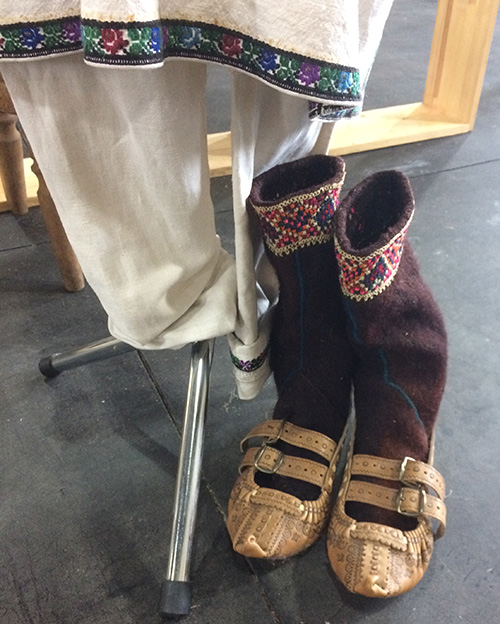 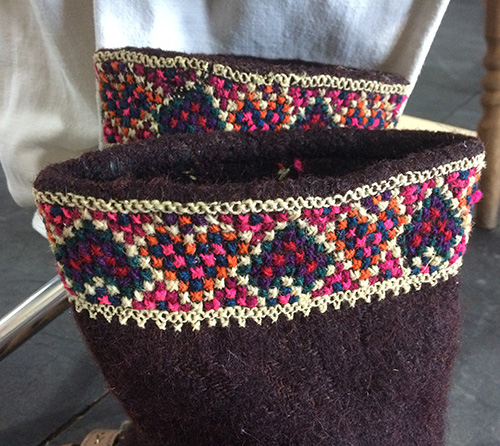 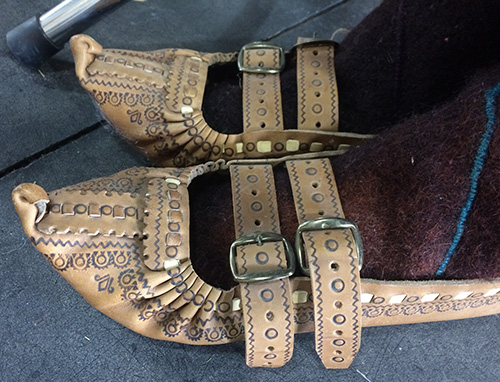 Women’s leather shoes called “postoly” from western Ukraine. These are festive and prettily embellished – with stamping, beading, sequins, and metal decorations. There are 3 buckles on each shoe – one at the back and two on top 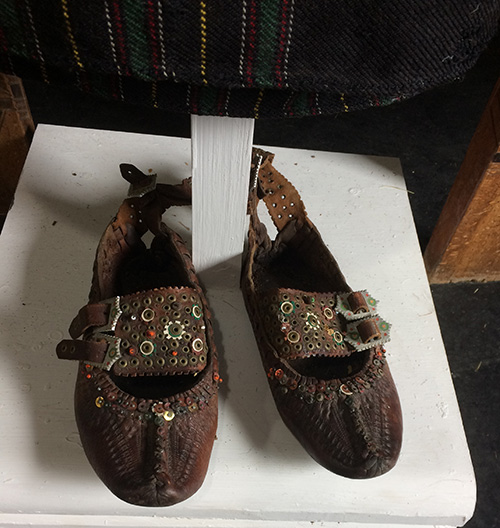 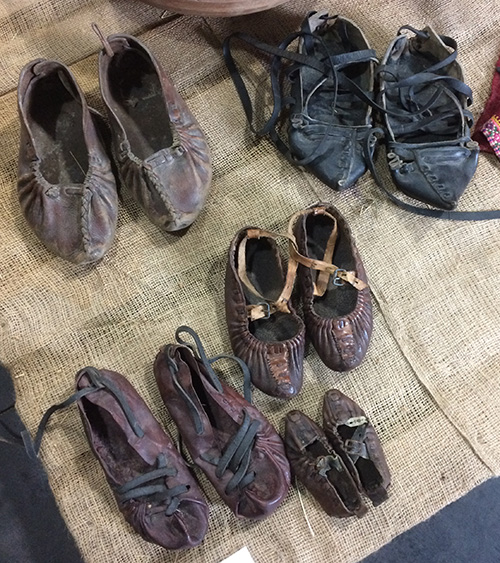 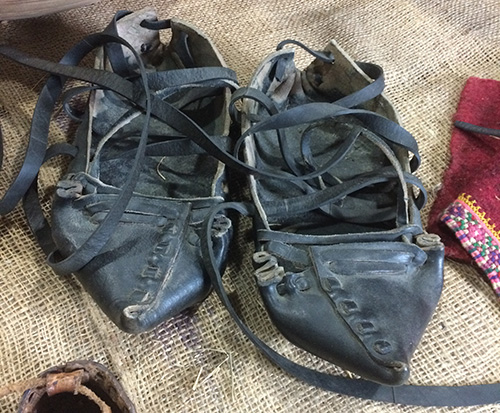 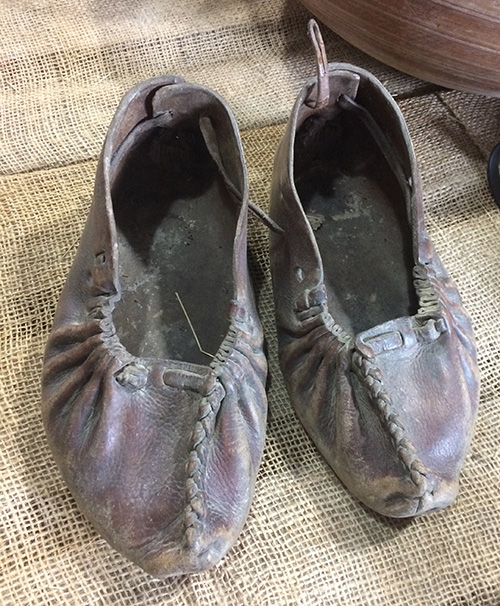 Two pairs of female and one pair of kid leather shoes from Central Ukraine, the late 19th – early 20th century. The child’s shoes are tiny but made really accurately, just as the adults’ postoly