There are many specific clothing traditions regarding children in Ukraine. In the past, people used to pay a lot of attention to kid’s costumes. Most of the old customs originated from ancient beliefs that only amulets and protective patterns can keep a child safe – several hundred years ago mothers didn’t know much about viruses, bacteria, immunity, etc., so they protected their babies with sacred knowledge they had. Let’s find out more about the authentic clothing of Ukrainian kids.

First of all, kid clothing was never sewn from brand new fabric. And family budget is not the only reason for that. Women made outfits for girls from mother’s old shirt and for boys from father’s. Thereby, the children’s clothes had the parent’s energies in them, so they could work as a protective shell. Today, we know that for the first few years of life, children use mother’s immunity and energy before they gain their own. So this tradition sort of can be easily explained. Also, used handwoven fabric (and we’re talking about the time when all or most of the clothing was sewn from handmade cloth) is much softer and nicer to the touch, and it was perfect for baby clothing. 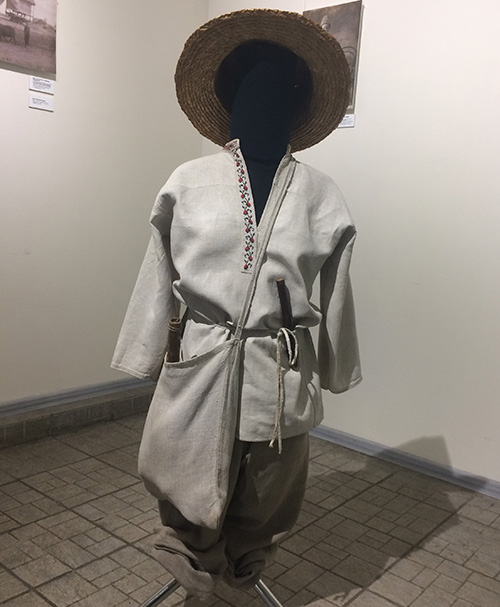 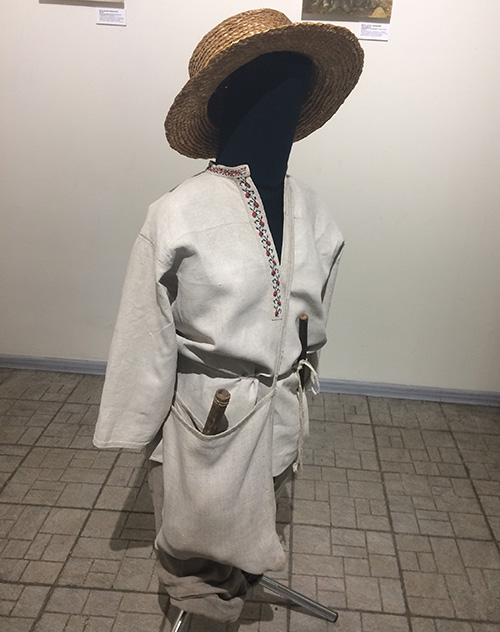 Outfit of a little shepherd from Chyhyryn district, Cherkasy region (central Ukraine). The first half of the 20th century

When a child reached 3 years old, their mother made the first new shirt for them. She used new fabric and adorned the garment with protective embroidery patterns, which you’ll read about later.

Ukrainian kids usually wore only a shirt and no other garments until 12 years old – both boys and girls. When they reached the age of 12, girls were allowed to use a belt with a day-to-day outfit and boys started to wear pants and a belt. Of course, on special occasions (weddings, big religious holidays, etc.), children wore outer garments to look more festive. Also, they didn’t run around sporting only a thin shirt in winter. But adding more clothes to the simple kid’s shirt was something like a coming-of-age symbol that made a child feel grown-up and proud of themselves.

As you might already know, in the past, the embroidery designs were meant to protect rather than just please the eye. The patterns had a deep symbolic meaning and were often passed down the generations. Sure enough, the embroidery designs used to decorate children’s clothes were even more sacred than usual because people have always tried to protect their young thoroughly. 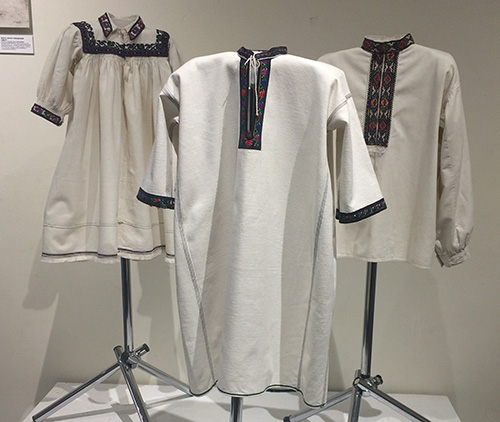 Boys’ embroidered shirts from various regions of western Ukraine. The first half of the 20th century 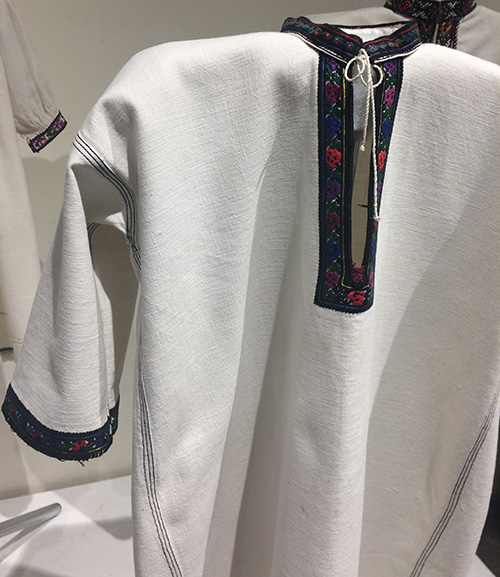 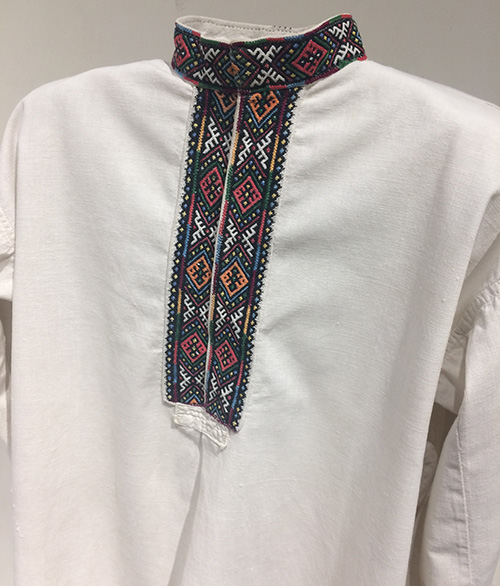 There were many family patterns used in embroideries. They were believed to connect generations and protect different members of a certain family. Even today, some families in Ukraine still have samples of such embroidery designs used by their forefathers, they treasure and preserve them carefully. 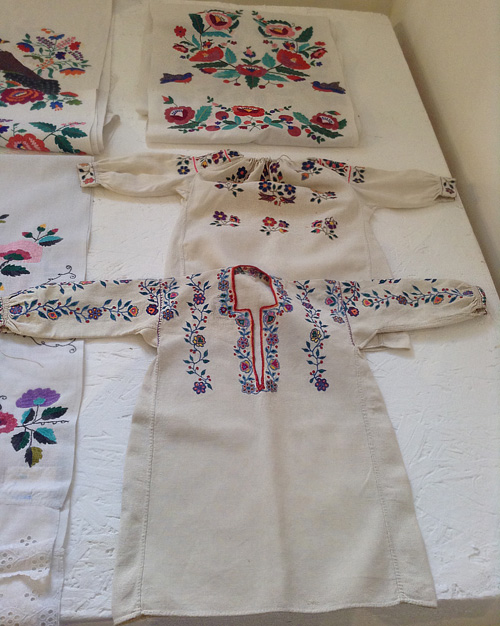 Little girls’ shirts with colorful embroidery designs. The shirts have floral patterns on the front, sleeves, and cuffs

But also, there were patterns that just indicated the profession of a wearer. For instance, hunters needed protective and good-luck designs, merchants used patterns that indicated wealth and prosperity, scientists and philosophers wanted ornaments that corresponded with wit and intelligence and so on. Often, these symbols were transferred to their children’s embroidered shirts, just as business or craft was often passed from father to son. 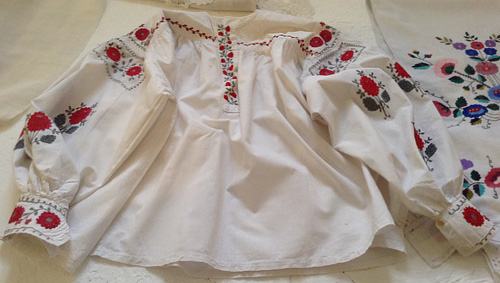 If to talk about the color palette of kid’s embroideries, red and black were the most popular shades for girls (they indicate love, passion, fertility), while green and blue were boys’ colors (they indicate protection from injuries and death). 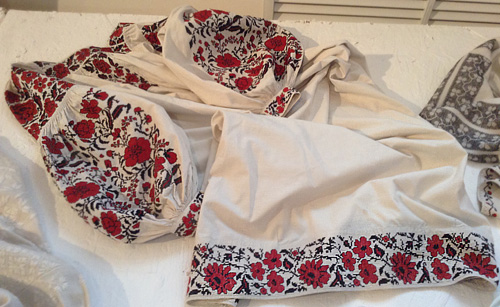 You can even determine the marital status of a female by her embroidered shirt. Young girls had decorations on sleeves, hem (a narrow strip), and collar. Married women added embroidery designs on the chest and adorned the hem more heavily.

Amulets and protective toys for babies and toddlers

Ukrainian children always had lots of things that were used as protection from the evil. Like special toys, amulets, and other stuff made from natural materials. Infants, of course, didn’t wear embroidered shirts – they were too little for such clothes. But their cribs were usually protected as well. Women often put their own shirts or pieces of cloth with embroidery into the crib, used them to cover the baby, etc. Embroidered towels called “rushnyk”, which also are sacred to Ukrainians, were often hung on or near the cradle. 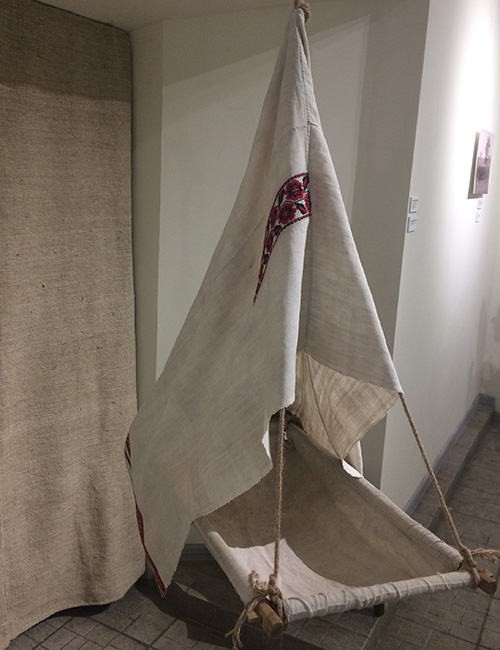 Mothers made dolls and hung them above the crib for extra protection. They could be made from cloth, wood, straw, and other natural materials. Today, we also have crib toys that serve to distract a baby, but we forgot their original meaning – protective charms. 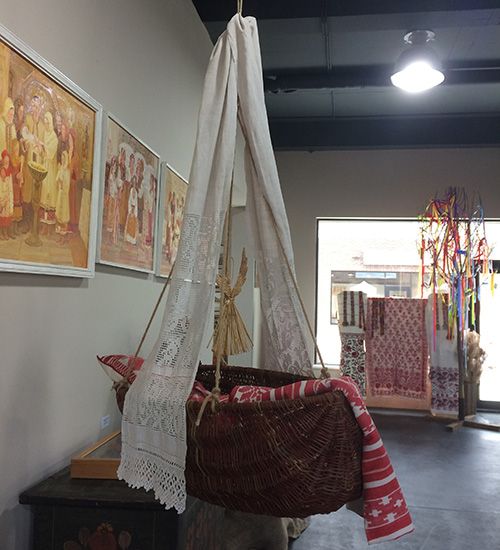 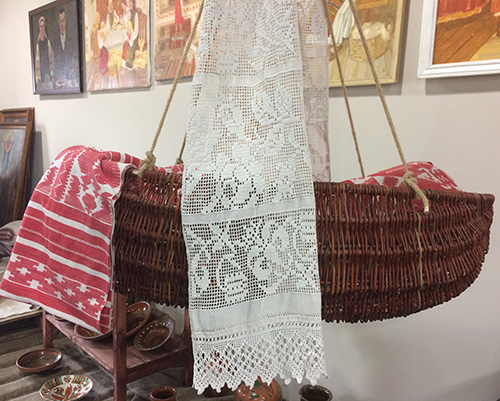 Toddlers and even older children had toys that were made to protect them from the evil as well. They were different dolls, necklaces, wooden and clay figurines, etc. Kids played with them or wore them, not thinking much about what they really do or represent. 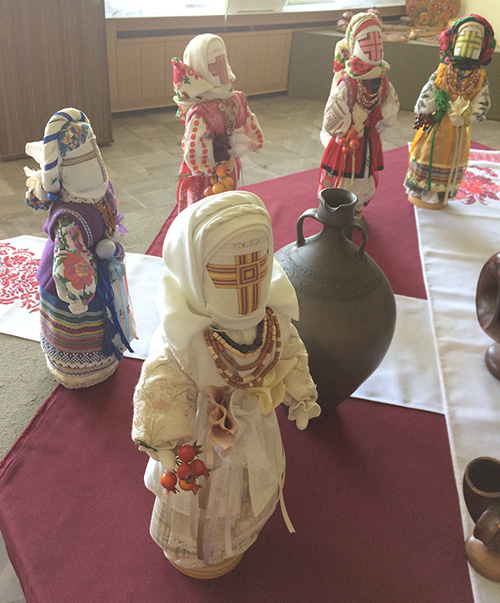 Modern “motanka” dolls – rag dolls in folk costumes. They can serve both as a toy and as a protective item for the house or for children

Unfortunately, very few examples of Ukrainian kid’s clothing pieces survived till this day, so even the museums have only several items to display. But still, these tiny outfits are often made with such skill and care that it is apparent how Ukrainians cherished children. 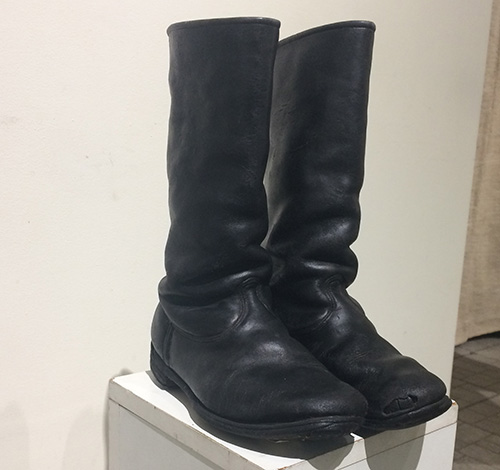 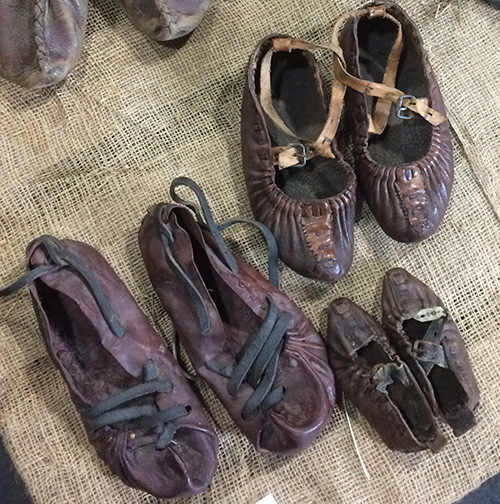 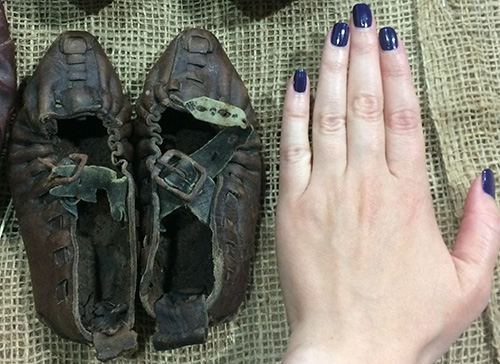 Two pairs of adult shoes next to a pair of kid shoes called “postoly”. Central Ukraine, the late 19th – early 20th century. Look how tiny they look compared to my hand, which actually seems huge 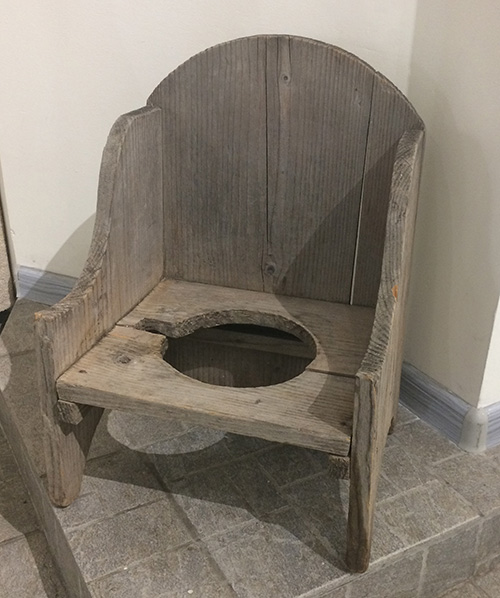