Hairstyles and headdresses in Early Modern Ireland (the 1530s-1800)

We know dozens or even hundreds of different hairstyles today and are able to choose the one we like, no matter where we’re from, what our marital status is, or what the tradition of our people dictates. But in the past, one’s appearance often showed off all of the mentioned things. You could look at a person and tell who he or she was just by the person’s hair, headdress, clothing, accessories. For example, here’s what we know about Irish typical hairstyles and headpieces in the early modern period. What did Irish people do with their hair in the 1530s-1800?

This post is based on a lecture of Dr. Katherine Bond, fashion historian from University College Cork

Men wore their hair cut comparatively short. The nape and temples (to about a palm over the ears) were shaved, but the hair on the top of the head was longer and fell on the forehead, sometimes even past the eyes a bit. Due to this, the hairstyle looked somewhat unruly and carelessly made. Some Englishmen even considered the look threatening because men sort of gazed at you through and around the tresses of hair. 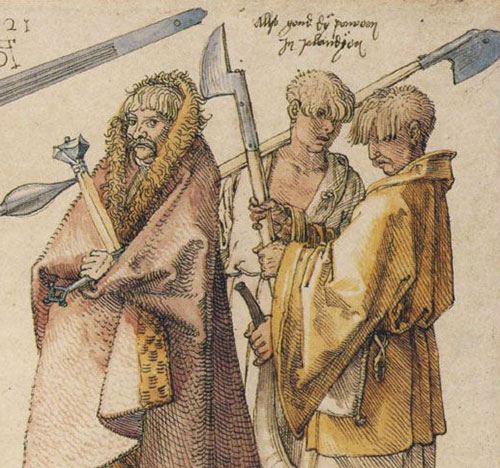 Such a haircut would be considered stylish and intriguing today as well. And actually, a lot of Irish young men these days cut their hair in a very similar fashion.

Young maidens adorned their heads with only ribbons or headbands or flowers, etc. They didn’t use elaborate headdresses and didn’t cover their hair. But they often braided or made updos or secured their hair somehow to keep it out of the way when working, dancing, or during other activities.

Married women wore their hair plaited and covered with some kind of headdress. Most often, it was a headpiece made from a long piece of linen cloth wound many times around the head to create a curious round shape. This linen roll on the head not only covered the hair of a married female, which was typical among many countries and nations, but also helped to keep the head warm in the cold Irish climate. 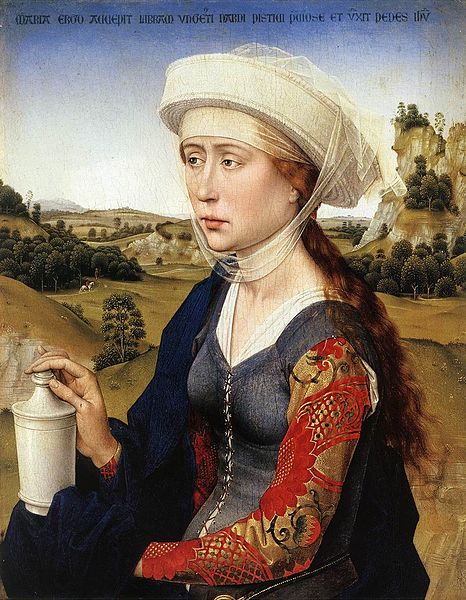 There was another curious purpose of this Irish headpiece. Women unwound a few layers, cut them off, and used them in case they needed a bandage for a wound. Very handy indeed.

The Irish great roll headdress could include up to 3-4 meters of linen fabric! It must be rather heavy to carry on your head daily.

Here are a few headpieces and hairstyles. Mostly, these are married women, but you can also see a maiden with just a ribbon around her head. Her hairdo reminds us of Ancient Greek hairstyles, with the hair put up from the neck and secured by a ribbon. 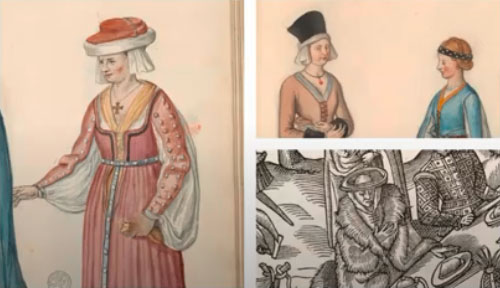