How did Austrian infantry soldier dress in the 1350s

In the Middle Ages, war was a routine. There were so many wars that military fashion evolved quickly. What new garments appeared in the 14th-century army? What clothing articles did soldiers use at that time? What interesting facts do we know about the everyday life of these military men? Let’s find out on the example of an Austrian infantry soldier from the 1350s. The character’s name is Niklas, he’s from Vienna, and he’s a wealthy infantryman.

After a long night watch, the daily routine starts later than usual. Niklas, a wealthy Viennese master craftsman, gets out of his simple bedding consisting of a linen sack filled with foliage, a linen bed sheet, and a woolen blanket. He shares his tent with two comrades of similar high status.

For medieval people, hygiene was a matter of decency, as well as of healthy welfare. Bearing the luxury of a bathing house, Niklas has to get along with a bucket of water, a linen towel, and a wooden comb – while on campaign. 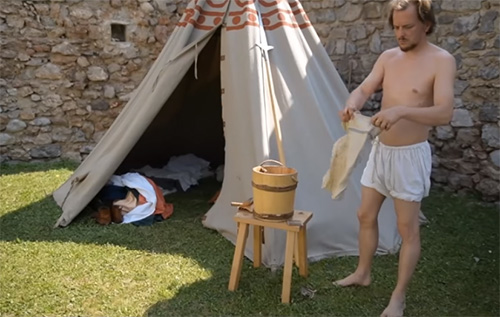 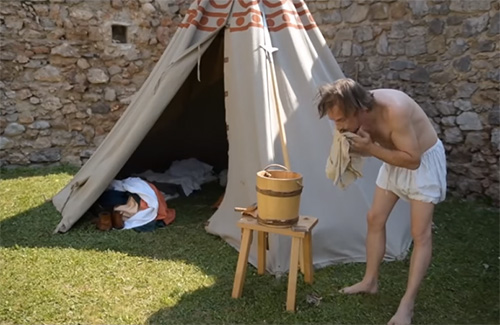 At home, Niklas would follow a strict daily regime of hygiene, washing himself all over with a metal washbowl filled with diluted lye and, possibly, even a luxurious sea sponge. At least two times a week, he would visit the public bathing house for a thorough bath and a professional shave. Of course, in the field, he has to be content with what he has got on the spot.

With wide teeth on one and very fine teeth on the other side, combs played a very important role in lice prevention.

But as a man of status, Niklas is also required to look his best whenever he can.

Dressing is done the same way as in a pure civilian context.

The underwear is also the basis for clothing here. The linen shirt that is closest to the skin and exposed to sweat and dirt, can be washed at high temperatures, which is crucial for keeping up a hygienic standard, required in his time.

The legs and feet are covered with woolen hose, which are rolled down on hot summer days. The hose has been fitted to his leg, so it sits very tightly.

In addition, simple turn shoes are worn. Thoroughly greased and filled with straw or hay on wet days, they are Niklas’ all-weather solution and he will go through several pairs a year.

Like on a normal day, a woolen kirtle is put on over the shirt. Men, most probably, wore old and well-used clothing in the field. Niklas’ armor will get the kirtle all dirty anyway, so a simple piece will do. This green one is of a style typical for very simple clothing around the 1350s 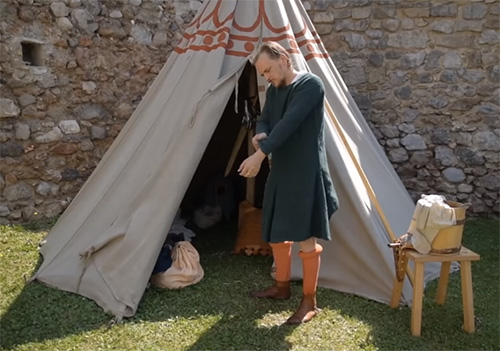 The arming starts. The kettle hat and the mail is kept in an oiled leather sack to protect them from moisture. 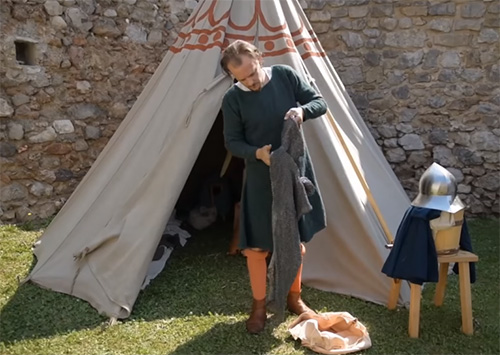 For the 1350s, we couldn't find solid evidence for textile armor worn on the mail by infantrymen in Vienna. Some sources indicate that only the kirtle was worn underneath.

After a short command to his comrades, the military man jumps into his mail shirt. 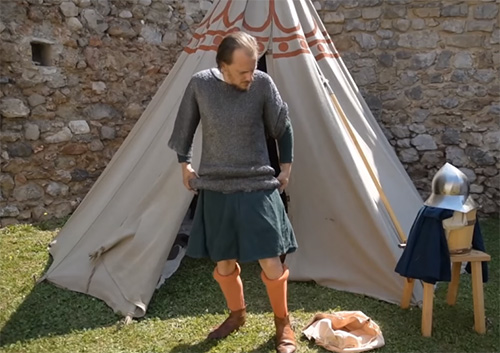 Grease and dirt are removed from face and hands with a still wet towel.

To protect armor and men from overheating in the summer sun, a surcoat is placed over the mail. Most pictures in sources from Austria show a clearly civilian surcoats being used by infantrymen. 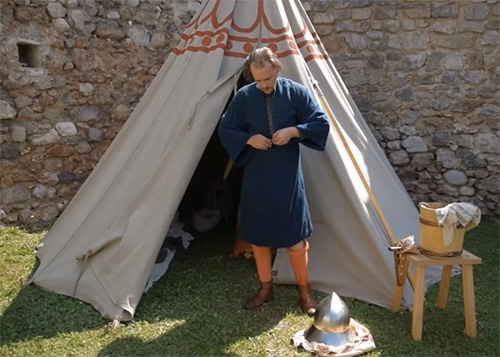 The belt and dagger knife are worn together with a belt pouch. This fashion phenomenon is quite short-lived and based on sources from 1340-1360.

Plate gauntlets are the newest addition to infantry equipment around 1350. As infantry becomes more and more important, a way had to be found to protect the hands effectively while fighting with pole arms. 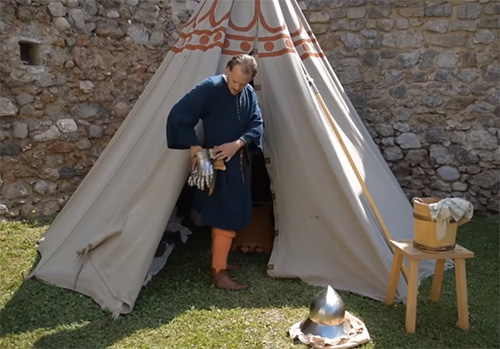 In service, Viennese militia was allowed to carry swords – a practice reserved for nobility under normal circumstances. 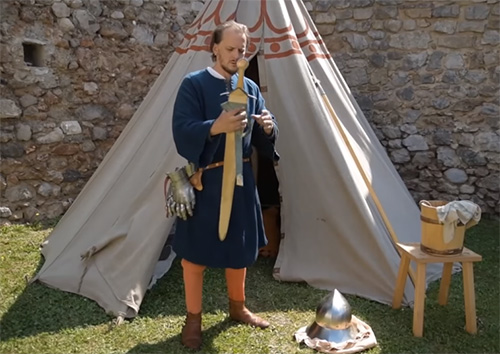 The high-fashion kettle hat and the mentioned pole arm – in this case, an early form of a spetum – will probably be enough for this soldier to see the next sunset. 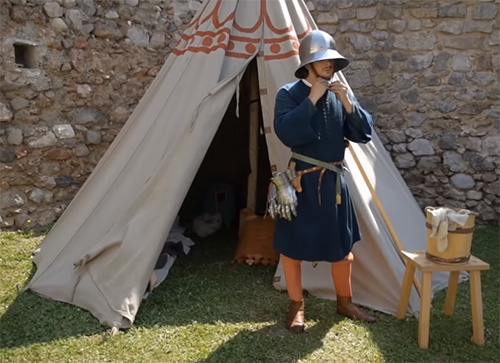 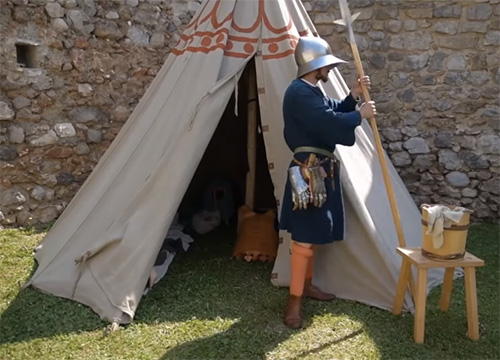