Korean folk fashion has one particular accessory that can easily catch your attention. It is a delicate women’s parasol made from bamboo and paper. Who would have believed that a paper umbrella can protect you from the rain?! But Koreans learned how to make these umbrellas functional and pretty at the same time. These so-called “jiusan” parasols even turned into status and ceremonial accessories, beautiful in their sophistication.

Read also: Korean hanji paper and traditional clothing & accessories made from it

The jiusan umbrellas on the photos are made by Korean craftsmen Yoon Gyu Sang. He is a very skilled artisan because his experience in making hanji paper umbrellas is over 70 years. 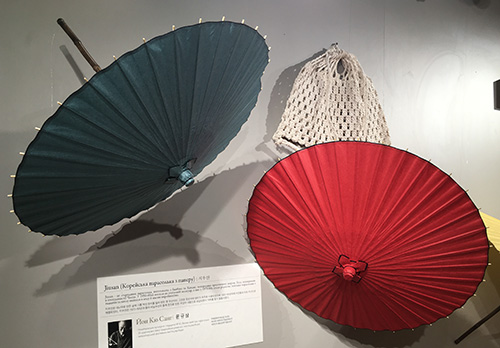 This umbrella or parasol made from bamboo and oiled hanji paper is called “jiusan”. Originally, it is a Chinese accessory that spread across many Asian countries, including Korea. This folk accessory was widely used in Korean culture, especially during the Joseon dynasty rule. Jiusan was in use up until the end of the 20th century. 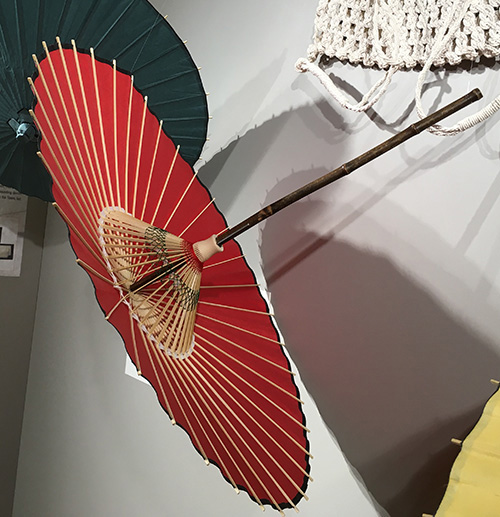 In the 1950-60s, jiusan still was a popular status accessory carried by Korean noblewomen. But in the 1970-80s, it became rare because fabric and vinyl umbrellas became fashionable and got into mass production. Today, it is still made by some artisans but mostly for festivals, as movie and theatre props, and for other special occasions. 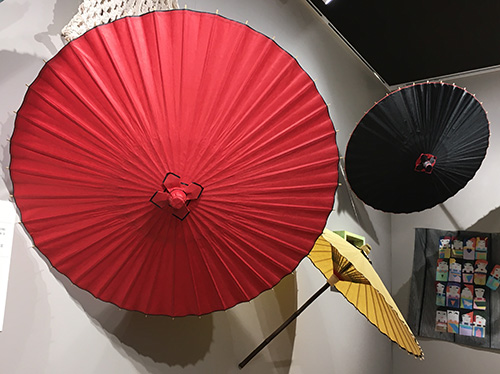 Jiusan is produced by hand from bamboo (the ribs, shaft, and handle) and oiled hanji paper (the canopy). Thick hanji paper is soaked with soybean or perilla oil and then dried for over 20 days. After that, it can be used as a canopy that protects from the rain and wind. 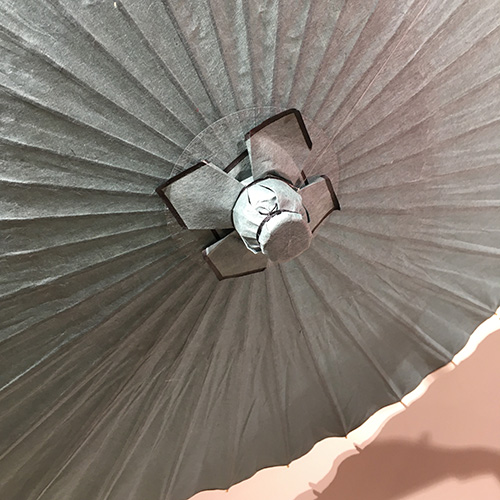 By the way, at first, these parasols really had a solely practical purpose – they protected the wearer from the rain, sun (as you may know, Asian people weren’t and still aren’t fond of suntan, they consider white skin prettier and more noble-looking), and other weather conditions. But some time later, jiusan turned into a status accessory and a ceremonial item.

Similar decorative parasols – but, of course, made from lace or fabric rather than paper – were an important part of the European fashion in the 19th century. Here are a few examples. 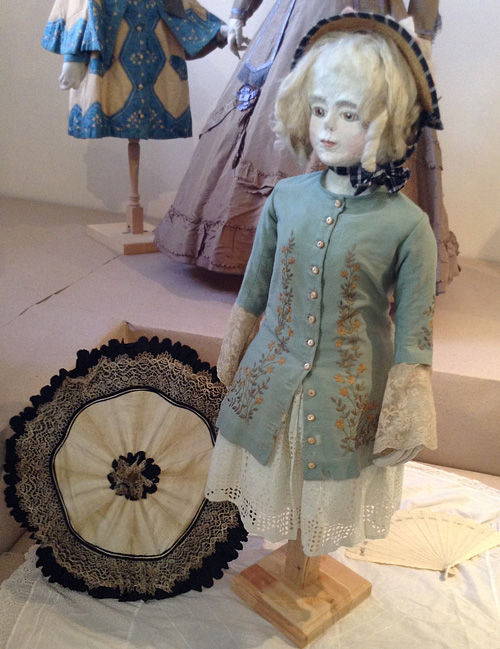