The national costumes of Nepal are deeply connected to the local religious beliefs. Even the number of fastenings or color of the piece can be explained from the point of view of the symbolism. Let’s take a closer look at the main Nepalese male and female garments – daura-suruwal, gunyou cholo, and Dhaka topi. These are not the only traditional pieces worn in Nepal, far from it, but they are among the most popular and often serve as the ceremonial garments.

The Dhaka topi or Nepali topi is a type of hat popular among Nepalese and Indian Gorkha men, along with their diasporas. It became popular during the reign of King Mahendra of Nepal, who ruled between 1955-1972. Today, it is a significant part of Nepalese national costume. 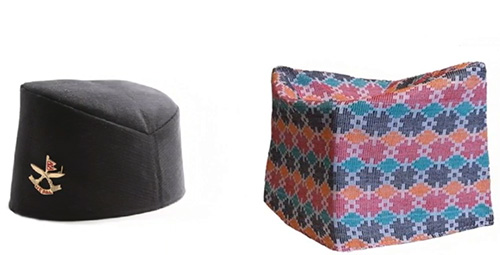 The Dhaka topi is a kind of a skull-cap. It is round at the base, the height is 3-4 inches (7.5-10 cm). The cap symbolizes Himalayan mountains after the ice on their peaks melted – that’s why the color palette is typically brown, black, beige, with a bit of green and red, etc. 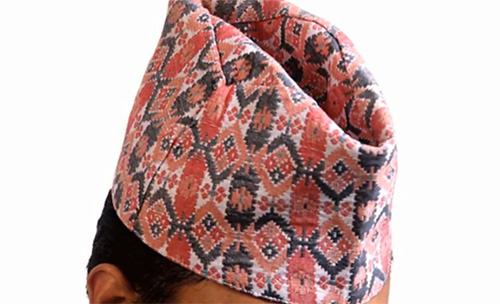 This headwear is made from Dhaka cloth, fine cotton. The fabric used to be exclusively imported from Dhaka city (now, capital of Bangladesh). This cloth is still used in Nepal to make clothes today – not only folk garments but ordinary clothing as well. The Dhaka cloth is hand-woven and there is a great demand for it. 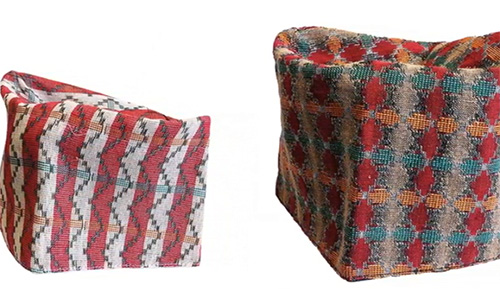 The daura-suruwal, also called “labeda-suruwal”, is the traditional Nepali men’s dress. It consists of a shirt called “daura” and trousers called “suruwal”. The outfit remained the same for years. It is still used in modern times for special occasions and religious ceremonies, though older people wear it in day-to-day life as well. 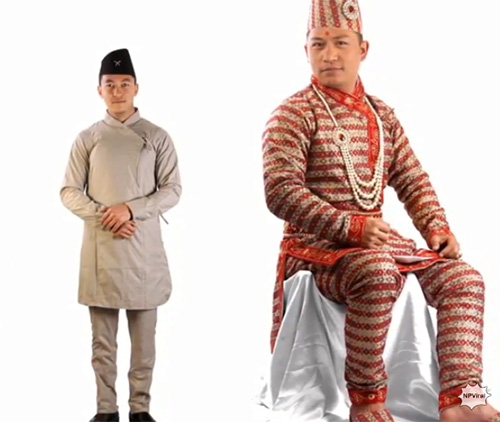 The costume has several religious beliefs identifying its design. First of all, the attire has 8 strings (a lucky number in Nepalese mythology) used to tie it to the wearer’s body. They are called Astamatrika-Singini, Byagini, Kumari, Barahi, Brahmayani, Indrayani, Maheshowri, Byasnabi, and Mahalaxmi. The daura-suruwal typically has 5 pleats that signify Pancha Buddha or Pancha Ratna. Also, the neck of the shirt is closed, which signifies the snake around the Lord Shiva's neck. 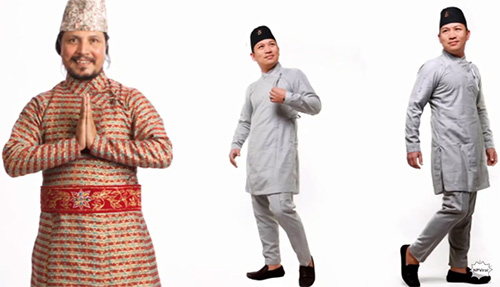 Gunyou cholo is the women’s national attire in Nepal, the equivalent of the daura-suruwal. It consists of a long skirt, a blouse, and a sash. 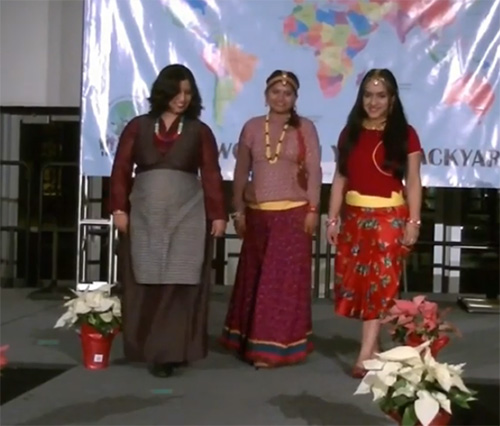 A Nepalese female receives her first gunyou cholo, along with a sari, at the celebration of her coming-of-age ceremony. That’s when she begins to wear this attire. 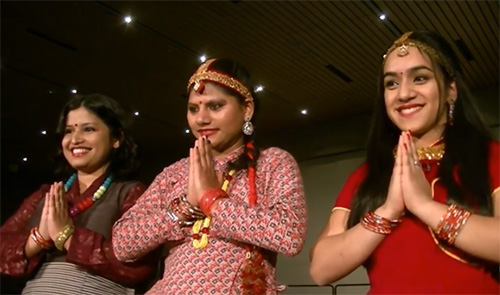