The legong folk dance in Indonesia is a special ritual performed at public festivals and celebrations. In the past, it was an entertainment for the royals. It is a unique show and it can seem rather weird for outlanders, but Indonesians consider it a spiritual and meaningful performance. Though, we’re interested mostly in the traditional costume of legong dancers rather than movements and music. So, let’s look at this attire a bit closer.

The legong dance is a Balinese folk dance. It appeared in the 19th century as royal entertainment. It is unusual because there is no wide or energetic movements but rather small things, like finger movements, facial expressions, meaningful gestures, and complicated footwork. Some people even consider it boring because of the lack of typical folk dance movements. But legong expresses the Balinese culture and beliefs, so you have to know at least something about it to understand this performance.

The legong dance is an intricate pantomime traditionally performed by young girls. The dancers start training at the age of 5. Originally, only little girls who didn’t reach puberty yet danced the legong. Then, they got married to royals and wealthy high-class men (because legong dancers were extremely respected young women) and stopped performing. Nowadays, both men and women of any age can dance legong. 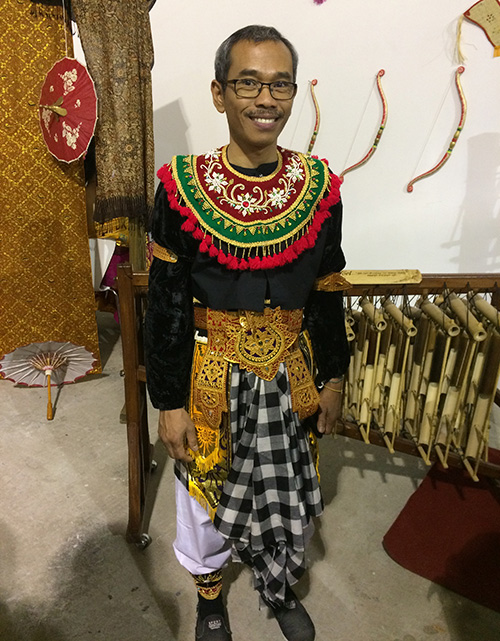 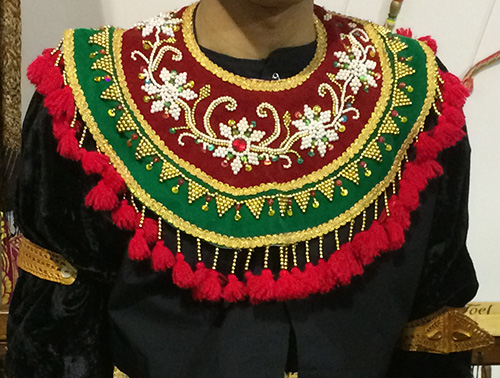 Also, originally, there were 15 various types of legong folk dance that differed by duration, the story behind the show, movements, and clothing. We won’t go that far and explain each type. So, let’s look at the folk costume instead.

It usually consists of a long-sleeved (or sometimes sleeveless) shirt or blouse, a wrap-around skirt with pretty decorations, an ornate headdress, and several decorative pieces such as the collar, belt, chest adornments, etc.

The skirt, most often, is made in some shade of red or pink color and embroidered or dyed with golden patterns. 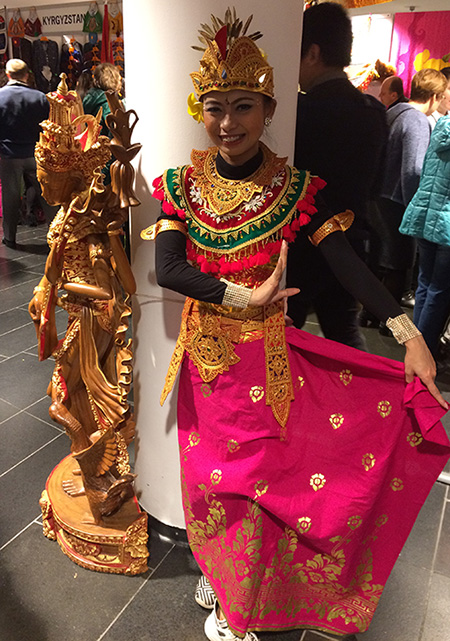 The decorative items (collar, belt, chest plate, armbands, etc.) are made from cardboard or similar material and painted gold – it symbolizes real gold, of course, because this precious metal is sacred and a very important part of Indonesian culture. These pieces are rather large, prominent, intricately carved, and prettily embellished. They look very ornate and expensive, especially from afar. And they create the atmosphere of Indonesia.

Another grand accessory for the legong dance is the unique headpiece. It is also made from the same material as the decorative items. It is embellished with flowers, gems, feathers, pendants, and other decorative elements. There are many different variations of design for this headdress, but it always looks marvelous. 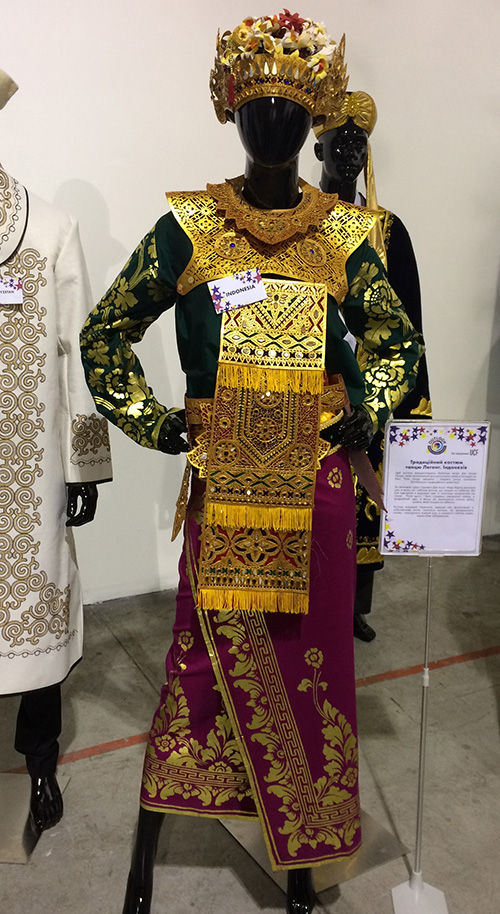 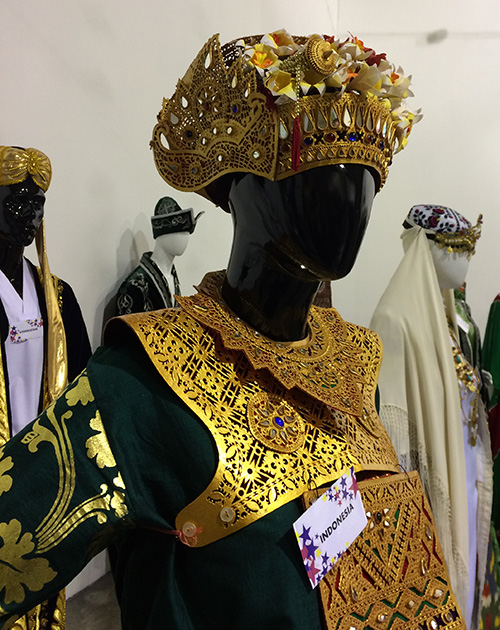 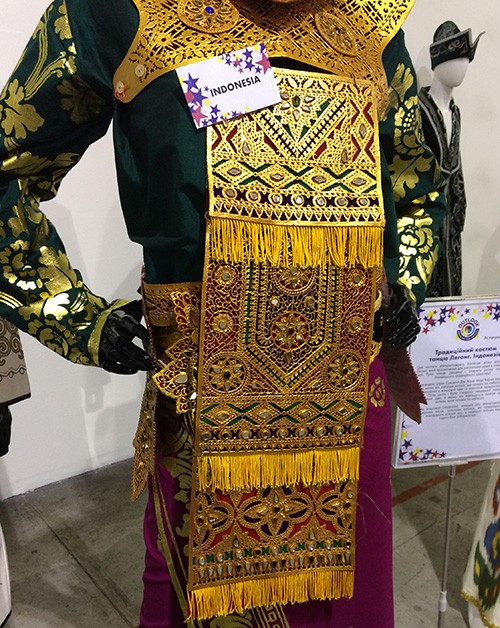