In Chinese culture, the images of dragons are among the most popular and significant symbols. And it had been like this for centuries. We see various dragons depicted on 17th-century imperial and ceremonial robes, garments from the 18th and 19th centuries, and on contemporary Chinese clothing as well. But why dragons and what does this symbol mean? Let’s have a brief look at the Chinese history of clothing and find out more about so-called Chinese “dragon robes”.

Photos are from The Met (The Metropolitan Museum of Art)

Chinese traditional clothes are usually adorned with embroidered or printed images of certain flowers, animals, insects, mythical creatures, etc. Each and every one has a deep meaning behind it. Even today, the Chinese preserve this info, but it’s more of a tradition right now, while in the past, strict rules were established as to what a person could wear, what prints and decorations he or she were allowed to have on their clothing, what colors were appropriate for a certain occasion, and so on. It was a really big deal. 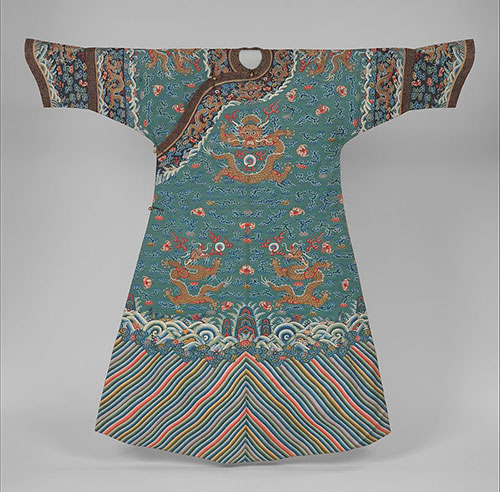 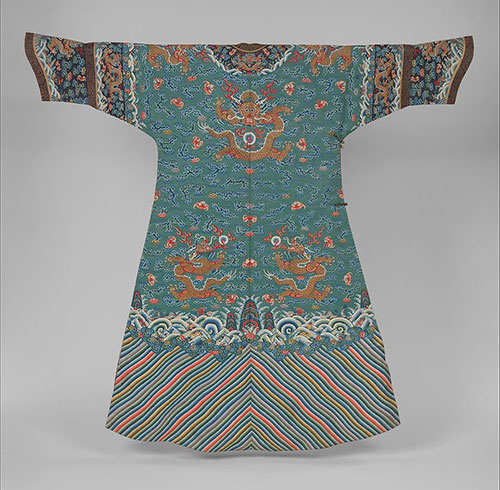 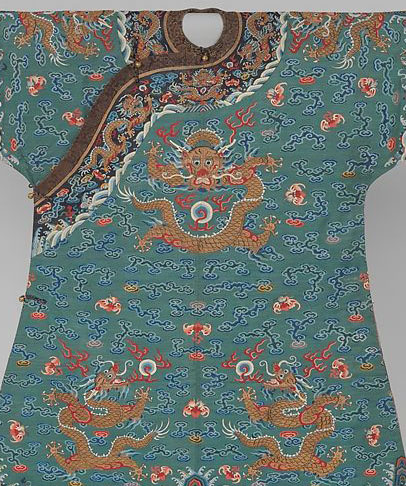 In the 18th century in China, the imperial court dressed according to the established rules. Everything was officially regulated – what to wear on which occasion, how should a garment look, what embellishments it has, fabric of what color and texture to use, etc. The outfit for ceremonies differed dramatically from traveling attire or clothes worn at home.

The dragon robes were very popular garments among the Chinese highest classes. These are traditional robes with dragon motifs decorating the body of a garment. They usually were festive pieces of clothing and very richly embellished.

Originally, dragon motifs were only for the robes of the royals and very high-status people. A dragon was a symbol of power and status. It was depicted on Chinese imperial robes since the beginning of the Common Era. But only in the 17th century, garments with dragon images embroidered or dyed on them got their name a “dragon robe”. 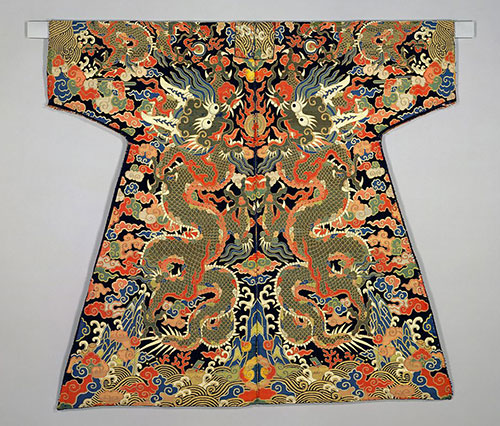 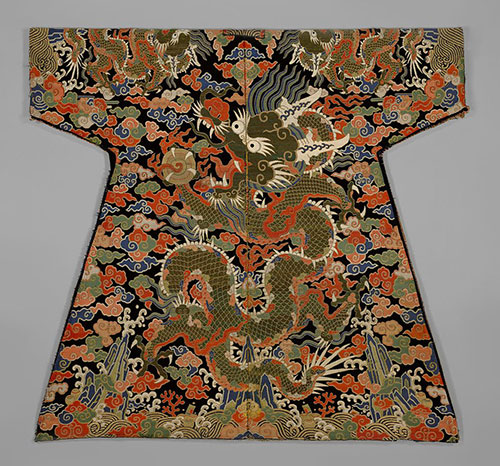 Early male dragon robe, China, the 17th century. It is made from silk velvet, with woven ornamentation. The design and patterns are very different from 18th-century robes

Every member of the imperial court had a variety of dragon robes for different occasions. Say, yellow dragon robes were used only for festive events and only by the Emperor, etc. The color of a robe could show the rank of a person and the occasion. 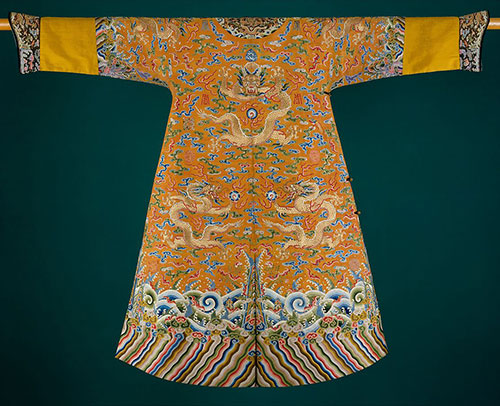 Men’s yellow festive dragon robe called “jifu pao”, China, the 2nd half of the 18th century. It was possibly made for Emperor Qianlong who reigned in 1736-1795

It’s interesting that during different periods of time and ruling dynasties, the images of dragons on clothes changed their appearance, and their looks were always strictly established. For example, dragons had to have only 3 or only 5 claws, there had to be a certain number of dragons on a robe, and the color of dragons was dictated by the status of the wearer. Often, the appearance of depicted dragons determined the social position of a person, you could have one look at his or her robe and understand who is in front of you. But, of course, you had to know all these details.

At the same time, the imperial consorts and noblewomen had more freedom of choice than the rulers and high-rank noblemen. The color of their robes could be different, not as strictly determined, as their status wasn’t of such great significance.

Also, there were not so many women’s dragon robes, so they’re rare today. That’s because females were rarely included in court ceremonies. The more interesting to look at them! Like this one female dragon robe, so stylish and so richly adorned. It is called “chaopao”, Chinese formal female dragon robe. 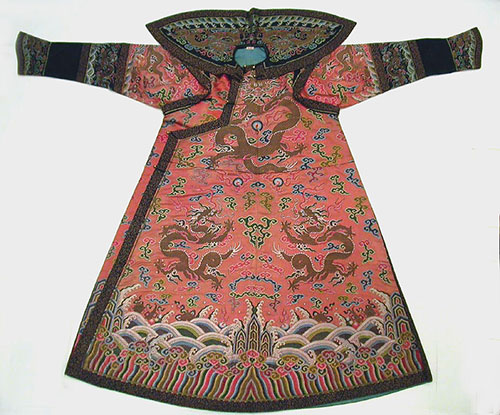 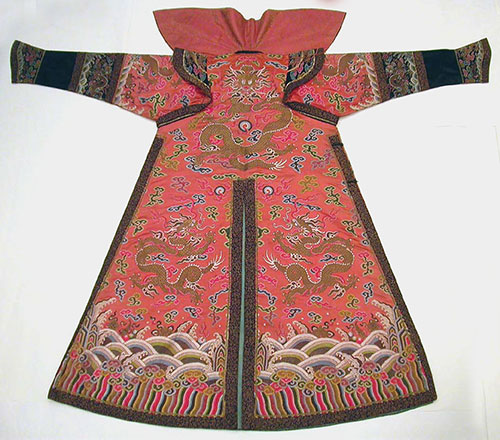 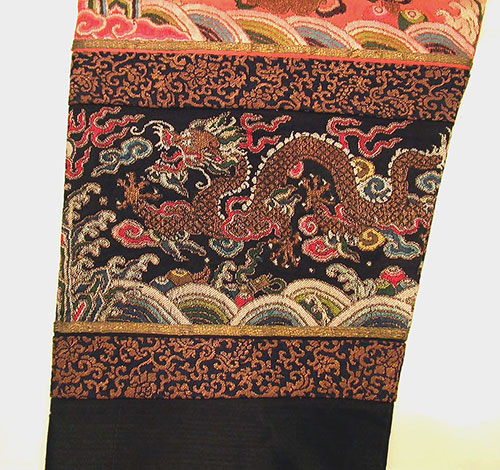 Chinese women’s chaopao dragon robe from the 18th century. It has a beautiful collar