In China, there is an interesting ethnic group – Li people. Traditionally, they master in growing cotton and producing cotton weavings. Local women are involved in every stage of the process. It is so exciting to watch these females work with authentic tools, use old traditional weaving techniques and patterns, wear their folk costumes, etc. It’s a pity that every year fewer and fewer Li women learn how to work with handicrafts.

Hainan Island is the major area in China where Li ethnic people reside. It is home to 1.3 million of Li people.

The Li ethnicity has its own language but no characters. Its costumes and accessories and their designs vary from one clan to another. They represent ethnic Li's historical evolution, cultural heritage, and aesthetic standards. They play a vital role in the diverse folk customs and activities. 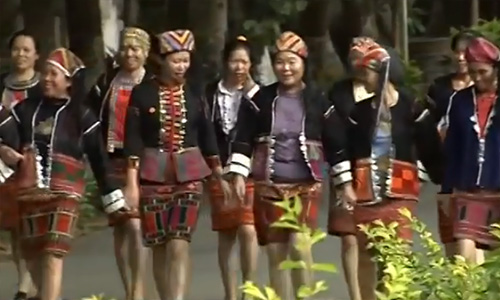 The ancestors of Li people originally wove plant fabrics. They gradually developed a complete set of spinning, dyeing, weaving, and embroidering techniques and passed it as a precious legacy from one generation to another. The techniques are proof to the development of China's cotton textile industry and are a living fossil of China's textile history.

Hainan Island is one of the Chinese regions where cotton was first grown. Textile activities once prevailed in almost all Li ethnic villages.

First, seeds are separated from cotton. After being fluffed, the cotton is ready for spinning.

Spinning is done by twisting spindles by hand. Spinning is also done on a Treadle Spinning Wheel.

Most dyes come from mountainous plants. After the leaves are mashed, the liquid is used to dye yarns green.

Boil a certain bark and add salt, then the liquid becomes a dye. 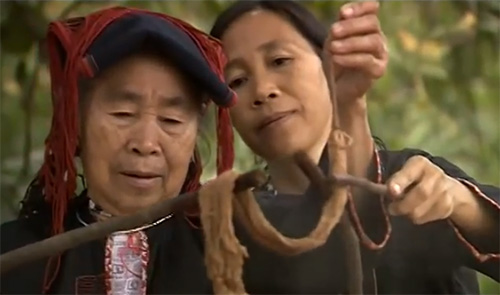 Indigowoad Leaf is most commonly used. It can be processed into indigo. After being oxidized and reduced in indigo and the air repeatedly, cotton yarns eventually turn deep blue.

Cotton yarns colored by plant dyes are buried in silt for hours. After being washed, the yarns appear black. 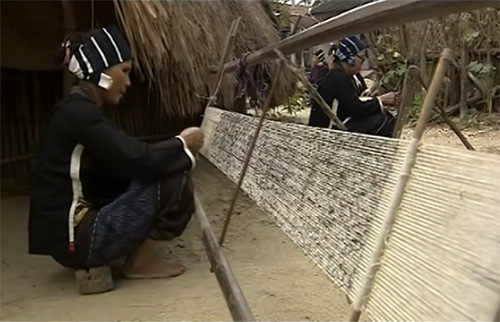 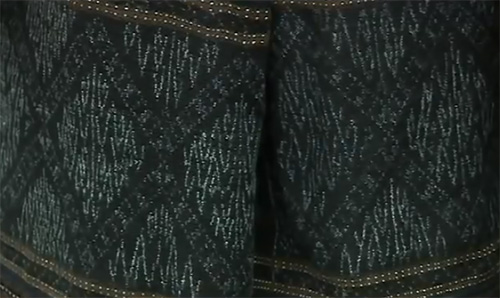 There is a rare technique called Warp Ikat. It’s still practiced in a small number of Li villages. Warps are put tight on a rack and are bound to make designs. When they are dyed, the color of tied parts remain unchanged. The dyed warps are put again on the rack. Knots are carefully torn off to expose the original white color. Cloth woven from such warps is beautiful in its own right and can be used to make distinct dresses and adornments.

The portable device used by Li people is called “Backstrap Loom”. It's made of bamboo, wood, and other materials. It’s one of the most ancient looms. The backstrap loom needs the body coordination of an operator. It requires a lot of skills and experience. Simple as the loom is, Li women can work on it and make more than 100 designs. 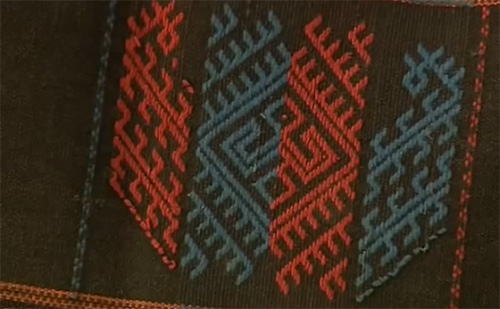 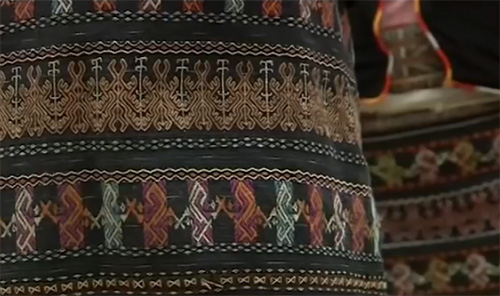 The designs reflected Li people's ancient beliefs and worships which are an important part of the national cultural heritage.

The Li embroidery falls into two major categories: single-face embroidery and double-face embroidery. The latter technique is used only in some Li ethnic villages. It requires superb craftsmanship to create the same patterns on two sides. 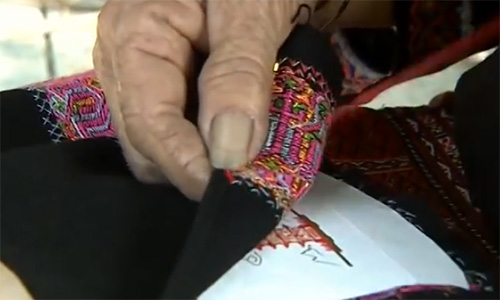 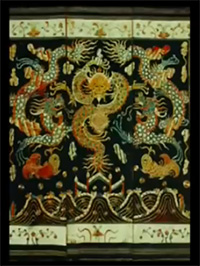 The dragon quilt crystallizes Li people’s brocade techniques. Dragon quilts were once presented as gifts to the imperial court. Commoners used them at religious, nuptial, funeral, and other significant ceremonies.

More than 1,000 years ago, Li people took the lead in cotton textile techniques in China. In the 1260s, a young woman came to Hainan from Songjiang in Shanghai and began to learn Li techniques. 30 years later, she went back home to renovate and spread these techniques, thus contributing to the development of the Chinese textile industry. She was Huang Daopo.

Thanks to economic development and foreign cultures, changes are seen in Li inhabited areas. For half a century, many young women haven't learned any weaving techniques. Few can make ethnic costumes now. Just like many women in other countries, they wore dresses passed down from their grandmothers in their wedding day. 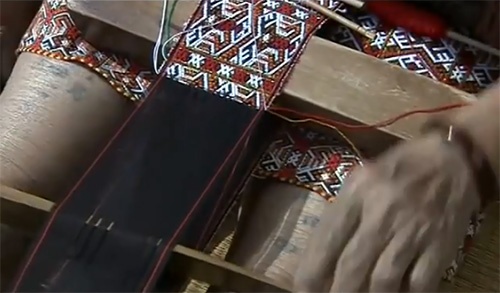 In the past, Li girls learned from their mothers until they could prepare their own wedding dress and accessories. Today, the ancient practice of passing down from mother to daughter is not followed and the number of experienced craftsmen is shrinking. The traditional Li textile techniques are being threatened.

“Fewer people wear traditional costumes. Fewer people know how to weave straight skirts. No children will be able to do it in the future”, says Fu Xiuhua, Li villager.

Although, traditional weaving can still be seen, the number of people who master the techniques has drastically dropped. Meanwhile, traditional practices are challenged by industrial yarns, chemical dyes, and other new techniques. But the government and the people are making efforts. 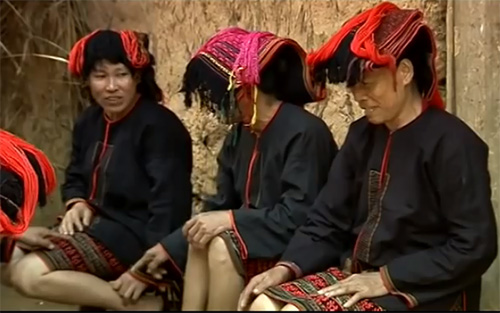 There is, for instance, a government-sponsored training program. The students are learning from scratch from their teachers.

Some elderly people get actively involved in the teaching. Their ambition is to pass down their techniques to future generations. Unfortunately, when they pass away, going with them are their favorite dress and tool. This is a custom of Li people. What's more, they take away their techniques accumulated through their lives.

In 2008, less than 1,000 women grasped traditional techniques, less than 200 knew how to warp-ikat, only 5 could make double-face embroidery, none knew the complete process of making a dragon quilt.

To protect the heritage, the government and the public have jointly worked out measures for the coming 4 years, including: