Royal Hang Embroidery is an ancient and exquisite craft. It appeared 1,000 years ago and is practiced ever since. This embroidery technique was used to adorn the garments of Chinese royalty. The craftsmen (and this is a rare technique of embroidering that’s made by men) make complicated and ornate artworks, rather than just ornamentation. These embroidery designs look like embossed paintings. We’re sure you haven’t seen anything like this in your life. 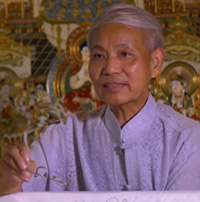 Zhao Yijun, a craftsmen, master of Royal Hang Embroidery from China, will tell us a bit about this sophisticated and extraordinary embroidery technique. Also, we’ll show you some of his works.

I started to do embroidery since I was 13. It was 1960. Ever since 1985, I’ve begun to inherit the traditional Royal Hang Embroidery. Sitting on the stool, my heart is peaceful, all distracting thoughts are gone.

The Hang Embroidery first appeared in Wu and Yue, in the Spring and Autumn Period, and reached its peak in the Southern Song Dynasty. It is used on royal family’s clothes and some works of art.

Its style features splendor and luxury, colorful but not tacky. Spiral golden thread, spiral silver thread. Once these 2 techniques are used, no bright colors can’t be weakened.

For brushwork. It’s realistic and strong-colored. It’s pretty neat, almost without a draft – just a drawing of lines. 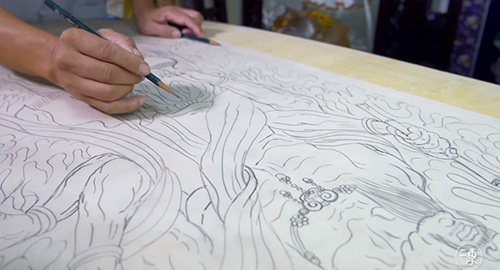 Color and stitch. They are all up to your artistic instinct. Embroidery is actually a job of self-cultivation.

Speaking of the Sutra Viewing Scroll. That’s something in my life to which I have paid a lot of attention in a long time span. If it’s 8 working hours a day, then it took me 8 years. There are 532 figures of Buddha in total. On the back of it, there are 7221 words of Sutra. Having been developing till now in China, Buddhism is not only a belief but also a kind of culture, a form of art. Its color, structure, and content all conform to certain principles. 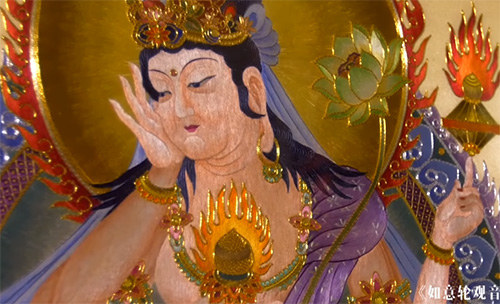 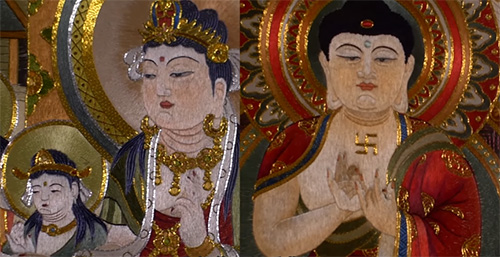 An artwork takes at least one to two years to finish. First, you get to have perseverance, determination, and the skill of drawing. To sit tight in peace and do embroidery is nothing less than a test. 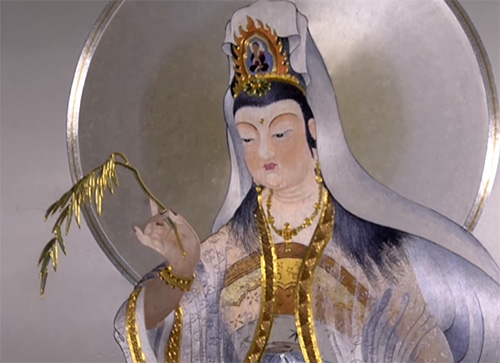 I’m now on my way to 70. Time’s short. I’ll do my best to leave more written materials and utilize every minute to create more artworks for future generations. 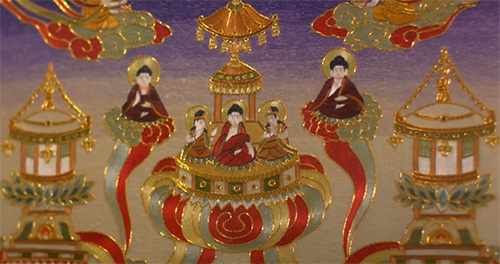